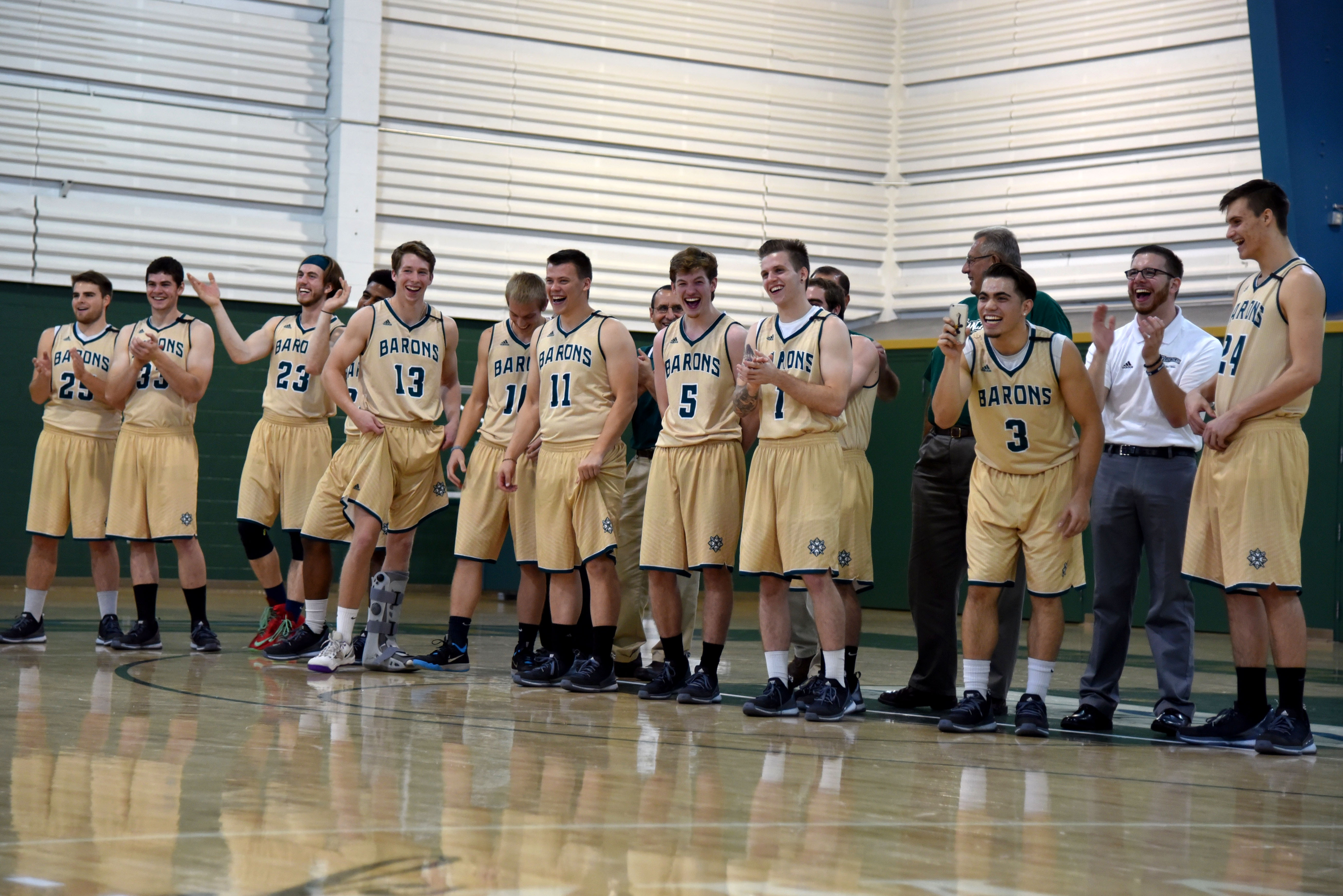 Students packed the Finnegan Fieldhouse on Oct. 24 for Midnight Madness, an event that celebrated the kick-off of the women’s and men’s basketball seasons.

The new head coach for men’s basketball, Georgo Vargo encouraged fans in attendance to come out to the basketball home games, saying they can help the teams with their home game advantage by being loud and excited spectators.

Student government officers served as judges for a freeze dance competition open to any of the students in the audience. The two winners received $10 dollar gift cards to a local restaurant.

Midnight Madness was co-sponsored by the athletic department and Student Government.  Doors opened around 9:30 p.m. and the first 200 students to arrive were given free pizza, water bottles and T-shirts.

The night began with a nearly hour-long performance from the Big Red High School marching band.

Four ROTC cadets provided the Color Guard presenting the American flag as members of The Revelations sang The National Anthem.

Other performances included Franciscan’s dance team, The Baronettes as well as a baton routine by freshmen Clarice Orteza to the song “Wings” by Little Mix. In addition, junior Mary Ciaccia sang “God Bless America,” and Ethan Jock sang “Shut up and Dance” by Walk the Moon.

Junior Bridget McCartney said, “The best part about tonight was the unbelievable energy from the student body, really incredible turnout, so many good performances. It was just a really wonderful event. Good to see everyone get involved.”

Since fall sports season is winding down, recognition was also given to the fall sports teams: rugby, tennis, volleyball, cross-country and soccer. The basketball teams were introduced with excited cheers from the crowd, officially launching their season. The Baronettes formed two lines and high-fived the players as they were called out and introduced to the crowd.

McCartney said, “I am so psyched to see the basketball team dominate.”