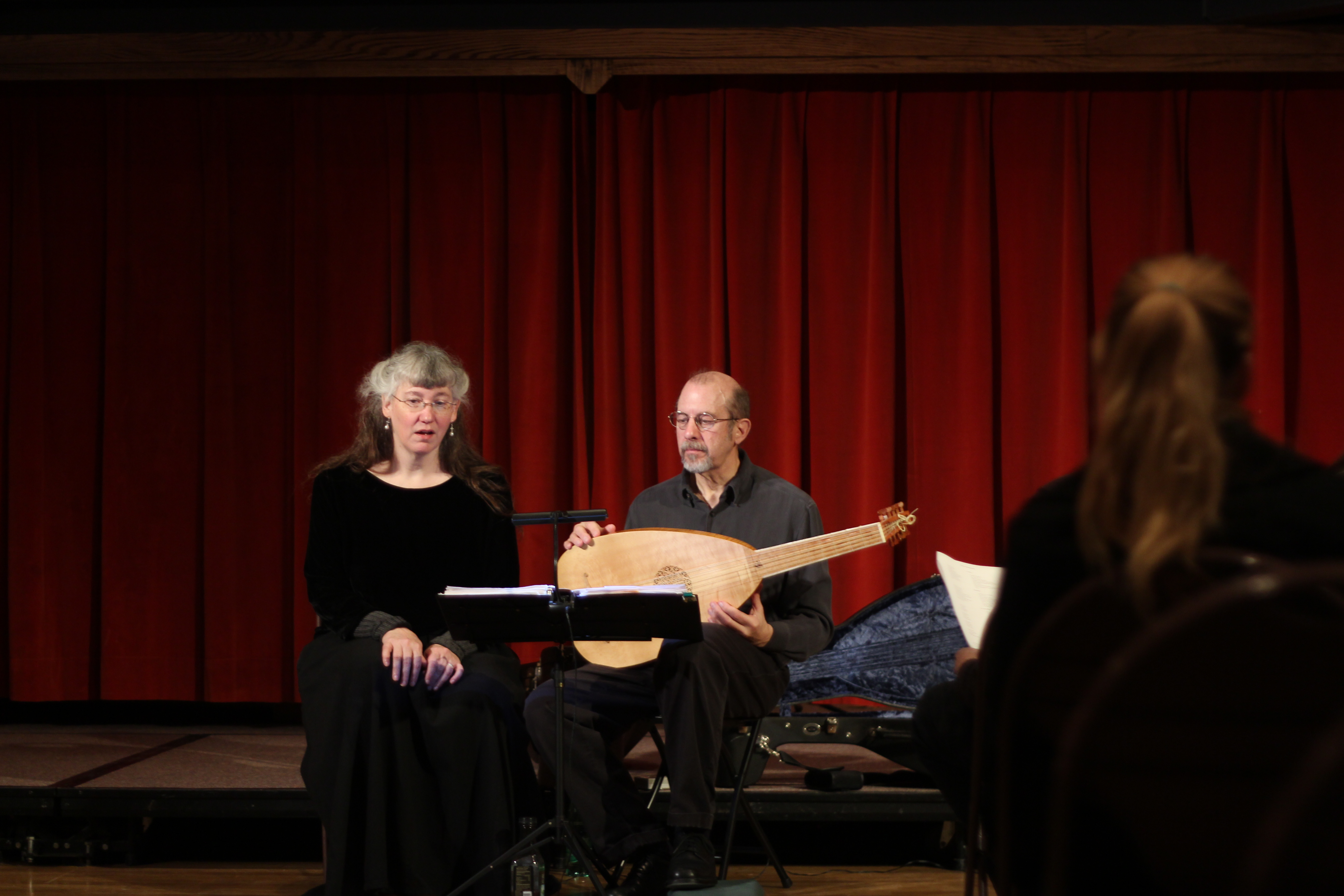 The lights dimmed. Steps clattered onto the stage where a man set an oddly shaped instrument in his lap, and the woman next to him looked at him. She looked out at the crowd in front and took a breath.

Finally, with her eyes closed, and head raised towards the crowd, she released a clear, lucid note that resonated in the dim lighting. She was singing “Ave Maria” with a liquid tone that ran down sixteenth notes and swayed with trills and turns.

The instrument echoed her voice, creating a Renaissance sound that is memorable of a Shakespearean play or lyric ballad.

“It’s a little tough in terms of the acoustics for the lute to be heard,” said student Carlos Tobon. “There’s just so much that can absorb the sound, like even the fabric in the background. Nonetheless, it was a very nice interplay between voice and lute.”

The lute is a string instrument that resembles the guitar. Its common uses are for voice accompaniments, as well as for softer music as it is a softer instrument. Prior to the concert, the audience was asked to move forward so that they would be able to hear the instrument.

“It was actually interesting to see it … in person and in action instead of a cheesy Renaissance movie,” student James Kuepper said. “I didn’t know what to expect, but I was pleasantly surprised.”

The duo, which has been together for 10 years, played many Renaissance-styled songs beginning with “Ave Maria.” Lute solos, with more than one type of lute, as well as some Gregorian chants, such as “Ubi Caritas et Amor,” were also included.

“The lute provides a lot of color, and it worked very well with her voice because it was strong yet delicate,” Tobon said. “You can tell that they’ve worked together for such a long time. I pray that they continue because it’s definitely something that’s beautiful. You don’t get to experience this in a lot of places.”