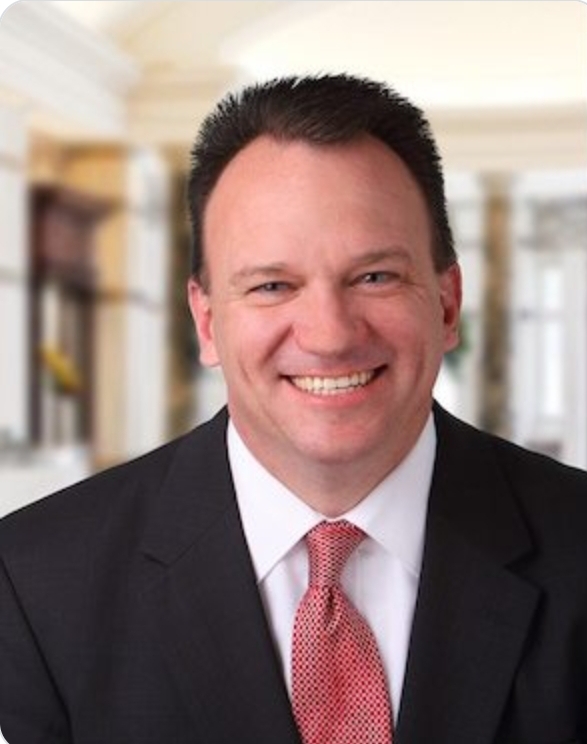 “Go therefore, and make as much money as possible.” If it sounds misguided, you’re of the same opinion as Franciscan University’s new Chief Operating Officer, William Gorman. An opposite mentality, he said, frames his newly announced position.

“The world has plenty of people who just want to make money. It needs more people who want to make the world a better place” said Gorman, who only weeks ago was named the university’s first chief operating officer, after serving as the founding managing director of GP Catholic Services. “It’s a radically different approach to the world,” said Gorman.

Since assuming the position, Gorman has turned his attention to two primary directives: the people and the future. “My initial goal is to get to know the university, the faculty, the staff and the students,” he said. “We’re also immediately turning our gaze toward strategic planning. That sort of a process takes a long time: to put together a strategic plan takes a year to 18 months.”

“Initially, I kind of dismissed it,” Gorman said of the job listing. “I thought now wasn’t the time.” That attitude was soon to change. “The more I thought about it and prayed about it, I thought maybe now was the time. I shot in an application, decided I would just see what would happen, and that kicked off the whole process,” said Gorman.

And now, Gorman said he finds himself in an atmosphere conducive to organic growth. He said, “Often, people think the COO is the one who gets things done. I actually think that the COO, their primary role, is to build a culture and a climate where great things can be done for the Lord.”

Franciscan’s newest COO cited the importance of the university’s three-stage, strategic plan, currently in the making, one which will allow faculty, staff and students to animate an already dynamic mission.

His transition from integral start-up business cog to Franciscan University COO in a matter of weeks was made easier by an understanding of the university itself, despite the fact that Gorman had never visited campus prior to his initial interview.

Said Gorman, “I had worked over the years with probably 15 people who had graduated from the university. So although I had never been here, I knew its fruit. And I’ve always liked working with Franciscan graduates.”

“I knew it because I know the people,” he said. Those people Gorman recognizes as a unit, one characterized by a similar system of beliefs and a common drive for worldwide evangelization. “When we think about Franciscan University, it’s a family,” he said. “You have to think of it that way. This isn’t a public university; this is a family.”

In that Gorman understands where the lifeblood of that family exists, he’s off to a solid start. “From an operational perspective, it’s important that I know, in the end, that Franciscan University doesn’t exist in my Excel spreadsheets,” he said. “It exists in the classrooms, and it exists within the chapel.”

Anyone looking to discover the inner mentality of Franciscan’s new COO need look no further than his professional philosophy. “When it comes to my work, I always keep three questions at the forefront of my mind, in just about any project we undertake. Those are: where are we, where is God calling us and how do we get everyone there together?”

Gorman anticipates with joy his portfolio of upcoming tasks, together with embracing Steubenville. His wife and children will arrive at the end of the semester, from the family’s previous home in Maryland.

A palpable joy governs Gorman’s demeanor, one readily identifiable and easily confessed by the man himself: “This is not a static reality; it’s a living, moving reality, following the Holy Spirit wherever it leads.” Should he oversee Franciscan University’s operations equipped with the same underlying demeanor which governs his outlook, the university is headed for periods of unprecedented growth and faith alike.

2018-02-07
Previous Post: First half scoring not enough for Franciscan against Altoona
Next Post: Student Sports Column: Against the grain