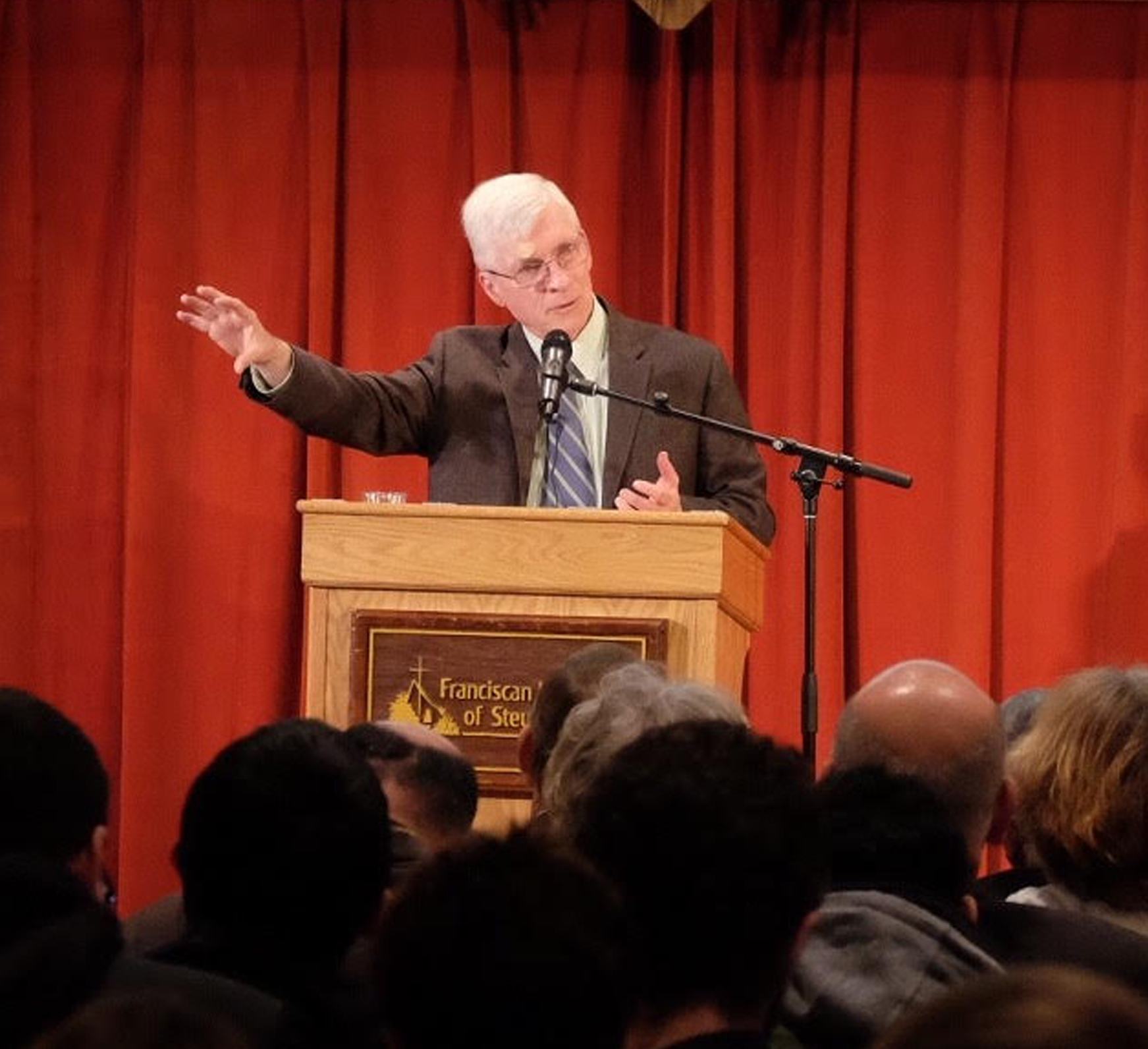 Knowledge of God’s mercy for humanity is the key to the New Evangelization, said the speaker at the opening of the Pope Francis Symposium on Thursday.

Ralph Martin, who holds a doctorate in theology and teaches the subject at Sacred Heart Major Seminary in Detroit, spoke to students and visitors at Franciscan University about the necessity of the New Evangelization in the world and the place that understanding mercy holds in it.

“You can have have people coming to Mass with more of a mind for the spirit of the world than for the Spirit of God,” said Martin. “If we truly understand that Jesus is Lord, the only response is surrender.”

This surrender and the following choice to embrace God’s love is at the heart of conversion, said Martin. This is an increasingly challenging decision, due to the aggressively secular culture that many live in and which attacks Christian tradition, he said.

The job of spreading the New Evangelization lies primarily with the lay people, said Martin, who must be an example of God’s love and mercy to the people they live among; this is a challenging task but one all Christians are able to do.

“If you know the Lord’s love, you know enough to tell someone about him,” Martin said.

It is clear from the Bible that where Christ offers mercy, he expects a conversion and turning from sin to follow, Martin said. This is the reason for Pope Francis’s emphasis on mercy and in turn one of the many reasons Christians need to be merciful, he said.

There is also a great need for prayer and fasting, Martin said, because the world is in a spiritual war and “there are some demons that can only be cast out by prayer and fasting.” He said that these are also important parts of evangelization.

The talk was the first of many on the teachings of Pope Francis that took place over the weekend.

2016-11-16
Previous Post: Siemens promotes living out Franciscan virtues in all places
Next Post: Senior class gift to leave a legacy