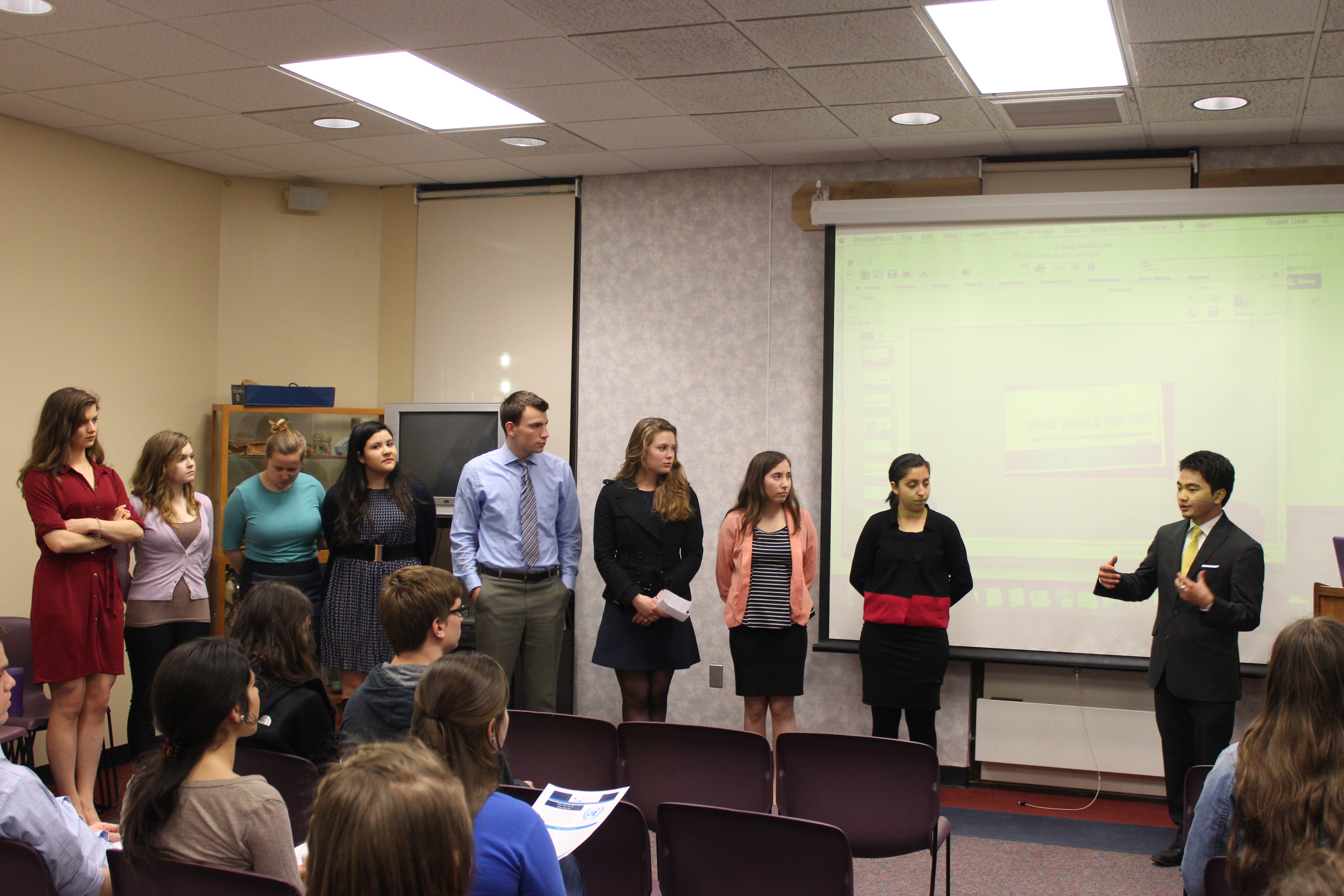 IDEAS, a new Franciscan University club advocating the pro-life cause on an international scale, hosted its first official event April 7 at 9 p.m. to present on its trip to the United Nations over spring break.

Working together with several nongovernmental organizations (NGO), the club offers support as youth on pro-life and pro-family issues.

Over spring break, the group visited the U.N. in New York for the first time as an official club. At the talk April 7, the members shared stories and experiences of the trip.

The members were shocked to see how few pro-life NGOs were represented at the U.N., in comparison to the large number of radical feminist and pro-choice organizations. This motivated IDEAS all the more, driving the members to form their own NGO, which they are now working on getting officially accredited.

In their presentation on the U.N. visit, Sarah Seyed-Ali and Caty Long discussed how feminist groups twist the definition of certain terms from their original meanings. Terms like “gender equality” that sound beneficial are really just disguises for pro-choice arguments that it is unequal and unfair to keep women from having abortions.

Seyed-Ali, a freshman international business major, showed that changing or stretching these terms can be dangerous. She said, “People think they know the meaning of terms because they sound so good on a surface level, but they are introduced into documents, and countries are then bound by terms they don’t even understand.”

While they did encounter manipulation at the U.N., the students also encountered much good. They witnessed a growing pro-life movement and talked about the solid impact it was making.

They also realized how many developing countries share their same values. Countries such as Iran are surprisingly pro-family. While they share different religious values than Catholics, their views on human dignity are the same.

For those interested, IDEAS meets twice a week, on Tuesdays at 8 p.m. and Fridays at 11 a.m. If students do not have the time to attend meetings, they ask simply for prayers as they continue the work they are doing for Franciscan as well as the international world.