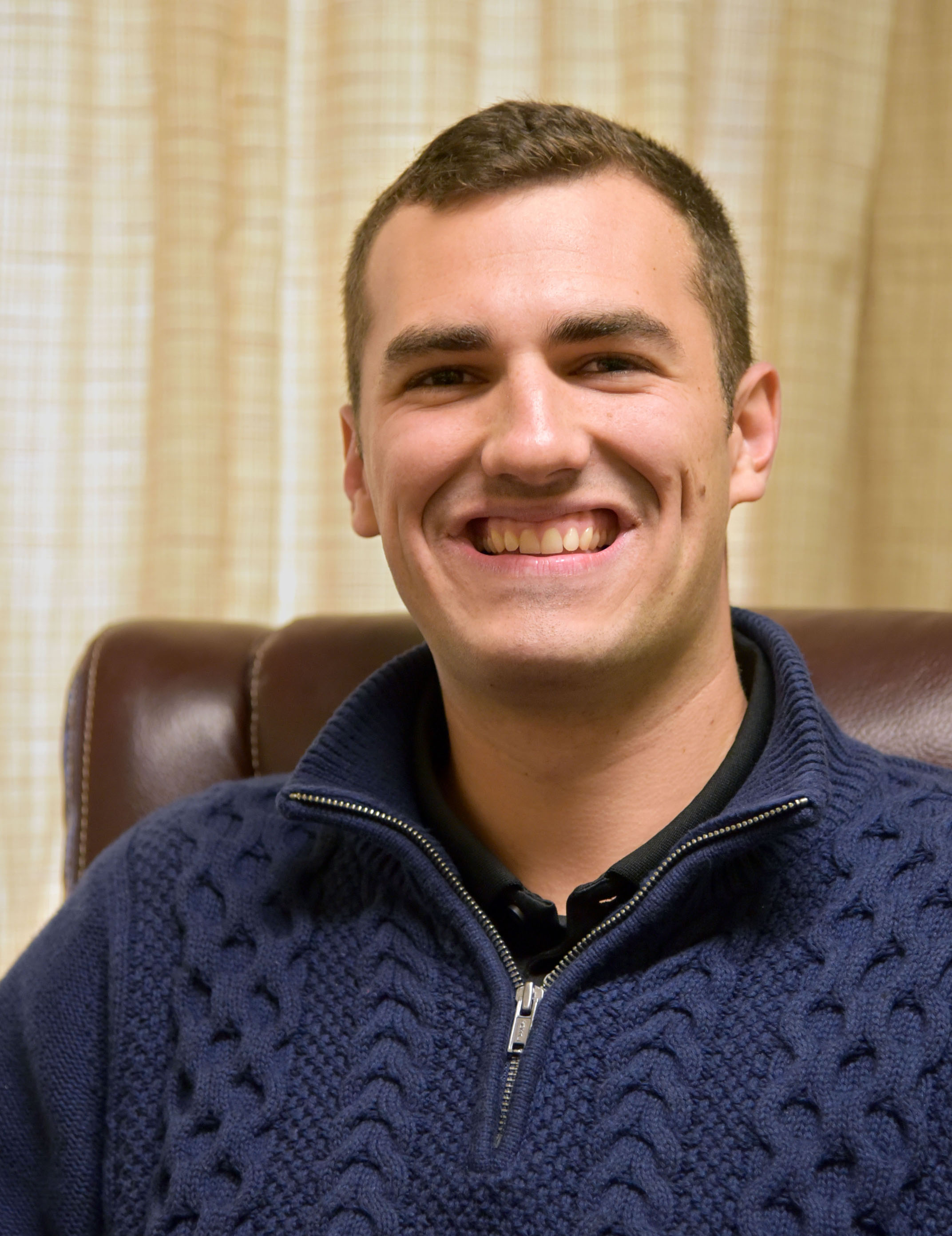 Jamie Guilday, the new residence coordinator of Assisi Heights, is balancing the rewards and challenges of being a full-time student and worker.

Guilday said, “She and I see the (residence) life position as kind of the front line missionary work done on campus. … What you do can affect people in a more powerful way.”

Guilday was born in California, grew up in Virginia, and then moved to Florida when he was 18.

Working for the residence life staff is a rewarding job, said Guilday. He said that the best part of his job is being with the resident assistants and carrying out the mission of residence life in Assisi Heights.

“I think it’s tied between getting to work with the RAs we have here; we’re really a family and that’s our goal from the beginning … and then just being encouraged already to have the vision that we have for doing ministry up here, not being as focused on simply making sure the rules are enforced but really encouraged to reach out to (the residents),” said Guilday.

Guilday said that in Assisi Heights, “our mission is more focused on reaching out to (residents) and building community and ministering to them and helping them to see the love of God in their lives.”

The events that are planned for the residents of Assisi Heights are also different.

“A lot of the programming that we do is very different than in the other halls where people are still going through a lot of formation,” said Guilday. “Here, it’s about bringing people together out of the isolation of the apartments, so we try to do a lot more of cookouts and parties, more social events in general. Last year we also did a lot of charismatic prayer meetings … we had like 40 people stuffed into the community center, out into the hall.  We’re trying to do that again this year.”

Among Guilday’s many responsibilities, he said the biggest one is service.

“I think the biggest responsibility is really making sure that I’m serving my resident assistants,” said Guilday. “Because of my limited time and how busy I am, they’re going to be the ones that will be accomplishing most of what God wants done in the heights.”

Editor’s note: The sentence in the fifth paragraph containing Guilday’s future education plans has been edited on Nov. 9 with the corrected information. Our apologies for the confusion.