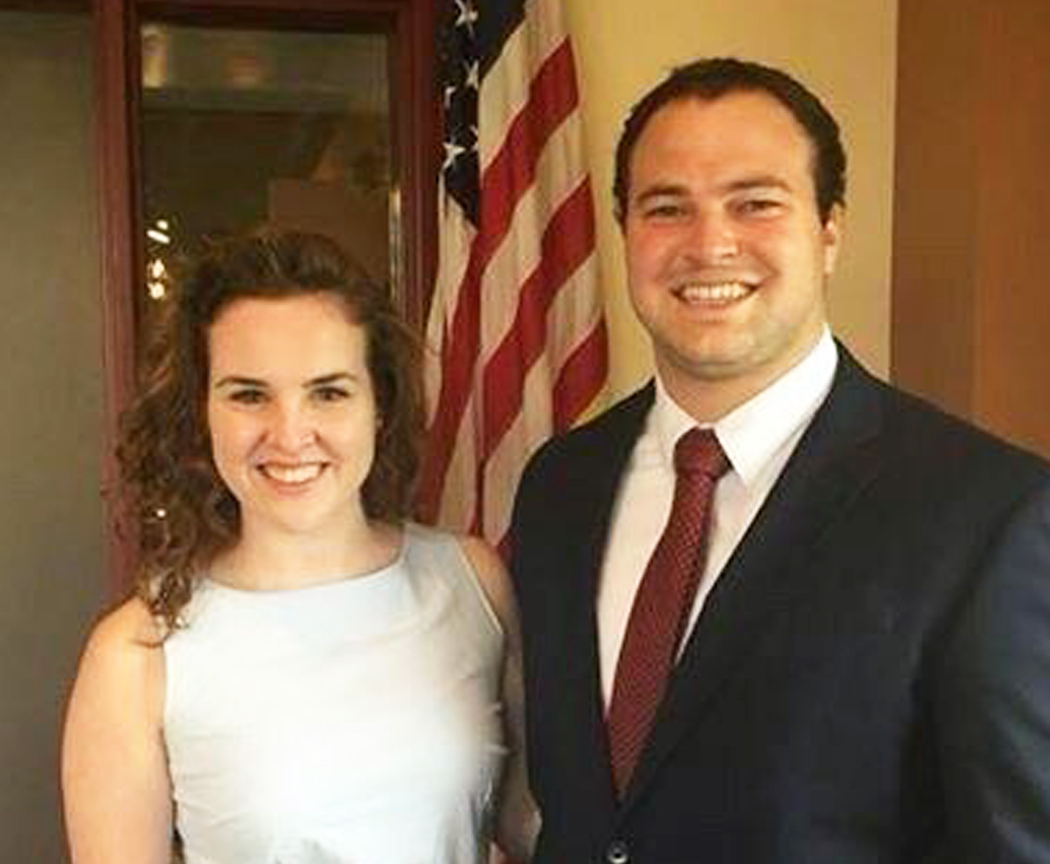 Jack Scanlon, a senior majoring in finance and economics, is entering his first year as Student Government president, and hopes to bring some fresh ideas to the table.

Scanlon has been involved with student government since the spring semester of his sophomore year, when he served as a justice.

“ … I wanted to pursue it more,” said Scanlon. “I thought it was a great opportunity to kind of give, I know it sounds corny, but give back to the school a little bit and gain leadership experience.”

According to Scanlon, campaigning was a great way to go out and meet people, and he enjoyed learning how to convince people why he would be a good candidate for president.

“I definitely didn’t know what to expect when we started,” said Scanlon. “But I thought we had a great basis for it, it was really nice … and I thought each candidate ran a great campaign.”

Scanlon said that he and his vice president, Clare McCallan, make a great team. Winning the election was a great experience for them both, he said.

“She’s awesome,” said Scanlon of McCallan. “She’s so organized … She just knows so many people, and has so many connections, and it’s been really awesome (working with her).”

One of Scanlon’s goals is to be the intermediary between clubs and faculty on campus.

“It’s just awesome getting to talk with (club leaders) and help them out, and it’s a great opportunity to just experience working with people,” said Scanlon.

Scanlon said another goal of his is to communicate well with the clubs, and make sure that everything is understood between Student Government and the clubs, especially when it comes to finances.

He expressed his wish to foster a professional environment, and make sure everyone is on the same page.

“Just don’t act immature, be upfront with clubs, and create a culture of transparency,” said Scanlon. “I know it’s not always the way it’s going to work, but that’s what I want to bring to the table.”

Scanlon said the importance of the Student Government is to be the bridge between clubs and faculty, and have the ability to listen to both sides.

“We’re kind of the channel that connects between staff and clubs,” said Scanlon. “ … So, I think it’s a little easier when you’re dealing face-to-face with the students, you know, instead of (having them) going through the faculty, (who) already have many things on their hands … They can come to us.”

One of the things Scanlon is most looking forward to is Midnight Madness.

“It is the biggest event we hold,” said Scanlon. “That and grad week, so I’m really excited to start working on that and hoping to get a great turnout.”