Nicaragua mission: serving the impoverished of wealth and spirit 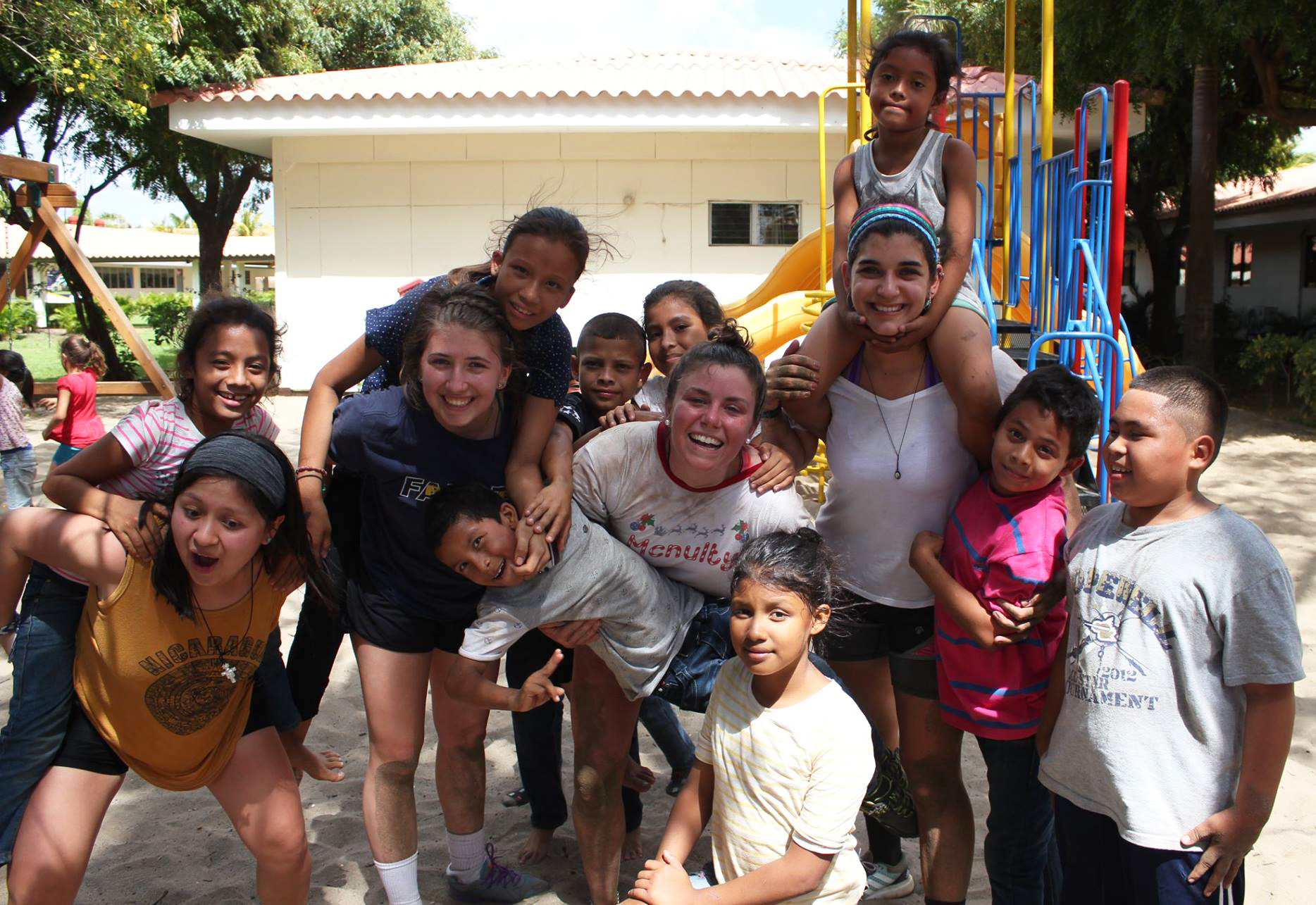 In the tropical region of western Nicaragua, a group of Franciscan students travels to different cities once a year, spreading the joy of the Gospel. The Nicaragua mission is one of Franciscan University’s Missions of Peace that travels to León, Managua and Granada, Nicaragua.

The mission aims to provide personal testimonies and retreats that work with high school students, orphans and lower-class citizens. Leading the mission this year are Krystal Gil, a graduate student in the MBA program who has been on the mission multiple times, and Dominic Vander Woude, a senior finance major, who will be going on the mission for the first time.

Gil described how mission is spread out into three parts. “First, we work with the Missionaries of Charity and second, we provide relational ministry to the students of Lincoln Academy, a high school. Thirdly, we work with an organization called the Abandoned Children Center where we work with children from very impoverished areas of Nicaragua.”

Gil also noted that Rev. Michael Scanlan, TOR, played a large part in starting the Lincoln Academy, and the mission continuing the Franciscan ministry to the academy was amazing. “A lot of the high-schoolers we have encountered are so inspired by us. They are really hungry to know the faith, and they want to come to Franciscan” Gil said.

One of Gil’s favorite memories from the mission trip in the past was that she “had a conversation with a teenager from a retreat whose parents are big political leaders. She did not understand the need for God in her life, and I had a conversation about how everyone needs God in their life.” Gil exemplified how those type of interactions on mission are really impactful not only to the people the team serves, but to the team members as well.

The mission team consists of 18 students, the Rev. Jonathan McElhone, TOR and Nathaniel and Sherry Binversie, who are two of Franciscan University’s FOCUS missionaries. Members of the mission team have not only been preparing for the mission physically, but also spiritually.

“Over the summer, we do a lot of personal prayer,” said Vander Woude.“It is very important to grow spiritually and take the Word of God, put it in your own life and see where you need to improve.” The team also practices lectio divina and attends mass together every Tuesday morning. Every member of the team has been working earnestly to raise money for the mission through phone-a-thons, asking family and friends for financial support and working with parishes and pastors to raise money.

Members of the team are looking forward to the great events that will unfold during mission. “I’ve never been on this mission, so I am really excited and I know it is a great mission,” said Vander Woude. “I am a little nervous because there are some unknowns for me, but it is a lot to take in.”

“I’m excited,” said Gil. “This is my third time going back. I know the seniors at the academy and I have gone through every single year with them…it is like seeing old friends again. I think one of the interesting things about Nicaragua is that you prepare so much to go down there, and they end up serving you. It is such a fulfilling feeling when you go on mission. You serve to be served, and it is a complete happiness that you feel.”

The Nicaragua mission of peace has been successful in spreading the joy of the Gospel in the past years. With the leadership and enthusiasm of the team this year, the mission next semester will be just as life-changing for those who encounter the missionaries as it has been in the past.