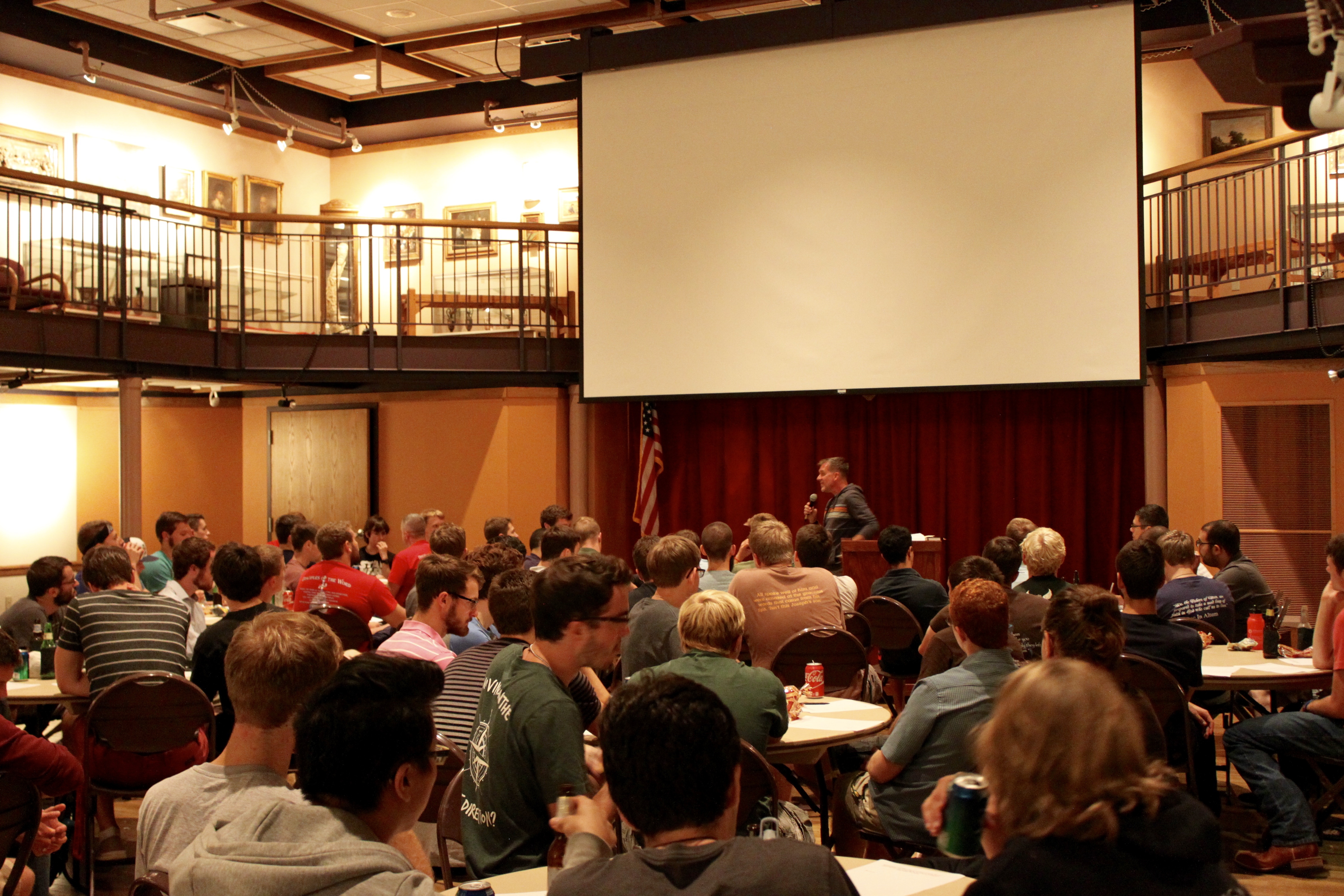 Wednesday night’s “Drink and Discuss,” hosted by Franciscan University’s Men’s Ministry, began with an issued challenge. Office of Evangelization Director Bob Siemens spoke on manhood during a night characterized by fellowship and a call to greater holiness.

After welcoming all those who filled the seats of the Gentile Gallery, Siemens established sainthood as the topic of the night and the ideal end for a man’s life. “If you think you were made for anything less than to be a saint, you aren’t thinking the way God thinks” said Siemens.

Siemens then allowed the Men’s Ministry Core Team to distribute a page to each man gathered there, upon which was written “Authenticity, Intimacy, Magnanimity.” After allowing time for those present to discuss their impressions of the aforementioned terms, Siemens presented the three together as “AIM,” an acronym to develop a greater capacity for love.

“Remember this: the Lord is where you are, whether you made a mistake getting there or not,” said Siemens. He offered more encouragement, stating, “Our Lord will never leave your side. Do you believe that?”

By Siemens’ own admission, his urgent call to holiness has everything to do with the potential of each and every man on campus. Said Siemens, “A son of God is nothing less than a saint. Live by this for the rest of the year.”

Christian May, a member of the Core Team, acknowledged the positive takeaways of the evening. Said May, “Men are so prone to ignoring weaknesses, rather than seeking healing for them.”

Of the ministry’s aspirations for the remainder of the year, May said, “We want to get at least one more man to be a saint.”

Men’s Ministry next hosts Franciscan University President Father Sheridan, TOR, on October 4, as he speaks on the life of St. Francis. Talks on pornography and dating apps are to follow at later dates. The ministry team’s first “Drink and Discuss” set the tone for the men on campus.

“How often do you let the Lord look into you?” concluded Siemens. “Now we begin.”