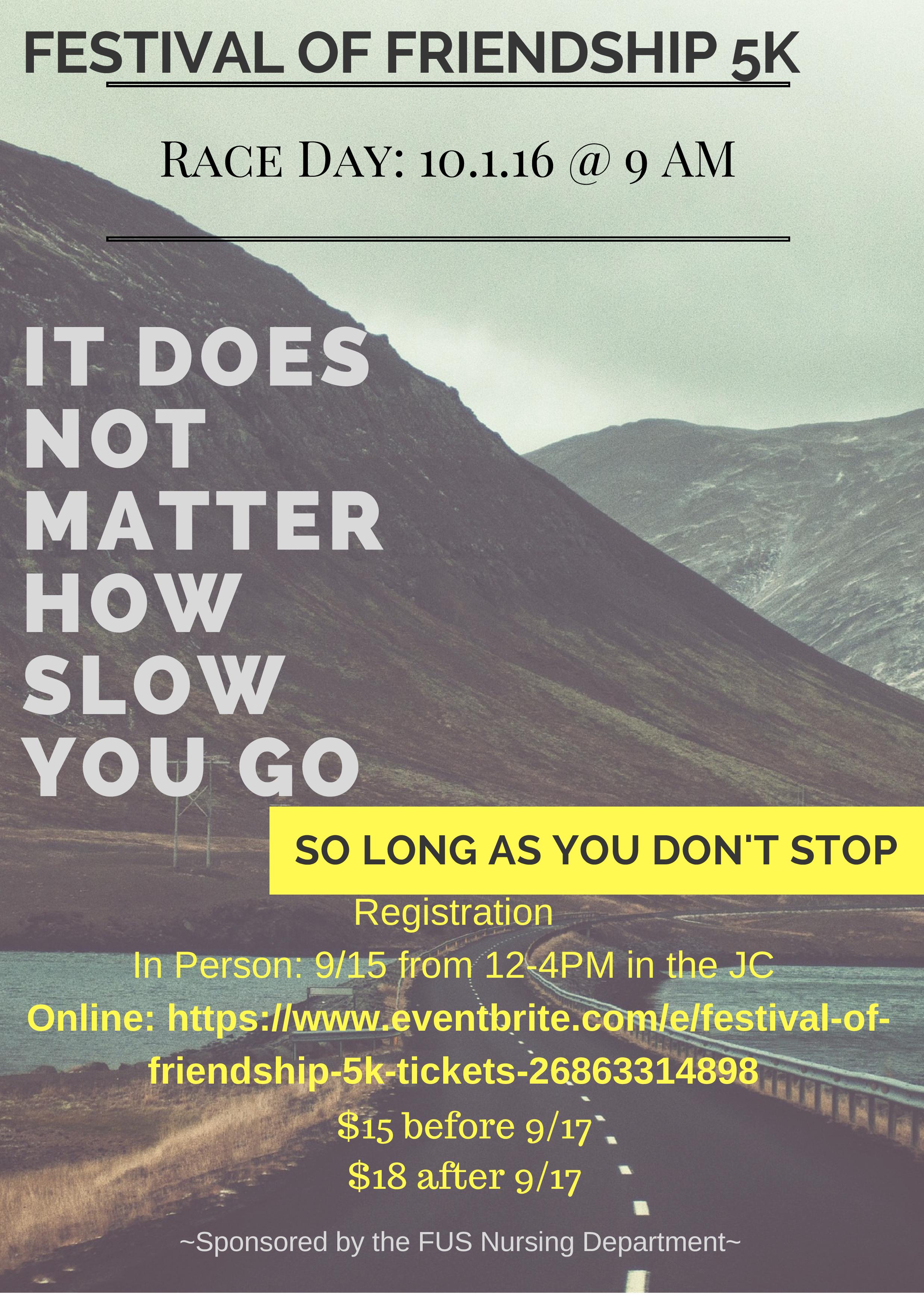 Wanting to do something unique for their Center for Leadership capstone project, senior nursing majors Sarah Kuepper and Mari Seaberg decided to tackle a project that builds up both their bodies and those around them.

They wanted their project to help bring the university and the city of Steubenville together. After looking into a few options, Seaberg discovered that the Festival of Friendship needed assistance in planning the 5K run that was part of their weekend events and invited Kuepper to help.

“The run will lend a really beautiful dimension to (the festival),” said Kuepper, “The key theme of our capstone was originally uniting the community and the campus – bringing the hill to the city.”

The 5K run will be on October 1 at 9 a.m. and will begin at Belleview Park. The festival is expected to run from September 30 to October 2 with the theme, “You Are A Good For Me.” The weekend will focus on the role that humans play in enriching each other’s lives, said Kuepper.

The run is being sponsored by the Franciscan University Nursing Department and registration will be on September 15 in the J.C. Williams Center. Participants can also register online at https://www.eventbrite.com/e/festival-of-friendship-5k-tickets-26863314898.

The festival weekend will also include a panel discussion with the Franciscan Sisters, TOR of Penance of the Sorrowful Mother, discussing their mission work and a free concert series by local artists.

2016-09-17
Previous Post: Savage speaks on the complementarity of the sexes
Next Post: “Love them where they are”