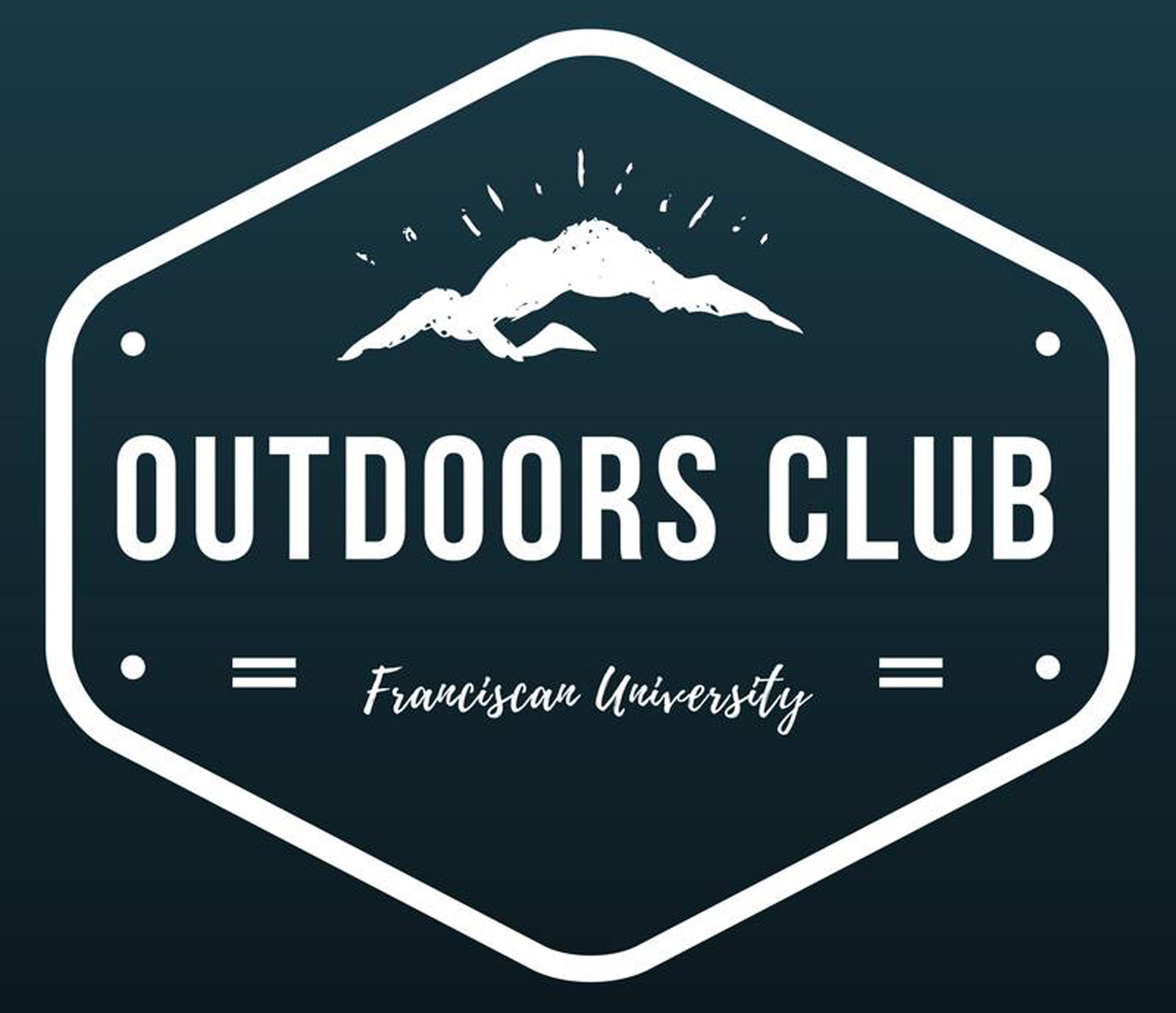 Creative signs around campus are an occasion for a deeper look into Franciscan University’s Outdoors Club, which has recently been quite active in providing students with unique recreational opportunities.

According to the club president, junior Eric Ternus, the club was activated around six years ago. Ternus said it provides an opportunity “for students to get off campus and forget about technology and the stress of studies … to just get out in nature and come to know God through his creation by participating in holy leisure.”

Over the past couple semesters it has sponsored events such as hikes and camping trips, but not as frequently.

This semester in particular, the club has drawn much from the example Blessed Pier Giorgio Frassati and his “great love of nature and his passion for the outdoors,” said Ternus. “We’ve been asking for his intercession and he’s come through … (we’ve seen) a great increase in officers, number of excursions, even just the prayer life of the group.”

Ternus said the passion and interests of the individual officers inspire and drive the excursions forward. The club takes ideas from club members, and picks trips that its officers are willing to plan and organize.

“Where your passion is, that’s what’s going to draw people into the club,” said Ternus.

Depending on the amount of interest, there is varying attendance. Hikes can have 10-15 people attend, and the upcoming white water rafting adventure has 70 people signed up to come.

The recent ski trip took 60 students on a day excursion, concerning which Ternus and the club received only positive feedback. It was a very warm day, and the attendance was impressive.

Ternus said “a group of almost 60 college students in the middle of the ski lodge praying liturgy of the hours” was a memorable occasion.

Ternus quoted St. Bernard of Clairvaux on the power of nature to bring about spiritual growth: “You will find something greater in woods than in books; trees and stones will teach you that which you can never learn from masters.”

“There’s a whole slew of saints who have learned more through nature than books and teachers,” said Ternus. “All of creation resembles its creator and reflects him … being introduced to that speaks to our nature as humans and reminds us in some way of the Garden and that peace and a sense of communion when you’re out in the woods and nature.”

The club’s next event is a weekend excursion up to Toronto, consisting of hammocking, disk golf and relaxing. It will close out the semester with a paintball excursion and camping with a bonfire and s’mores, to which any student is invited.

Above all, said Ternus, the club hopes to foster “a sense of prayer and connecting the created with creation.”