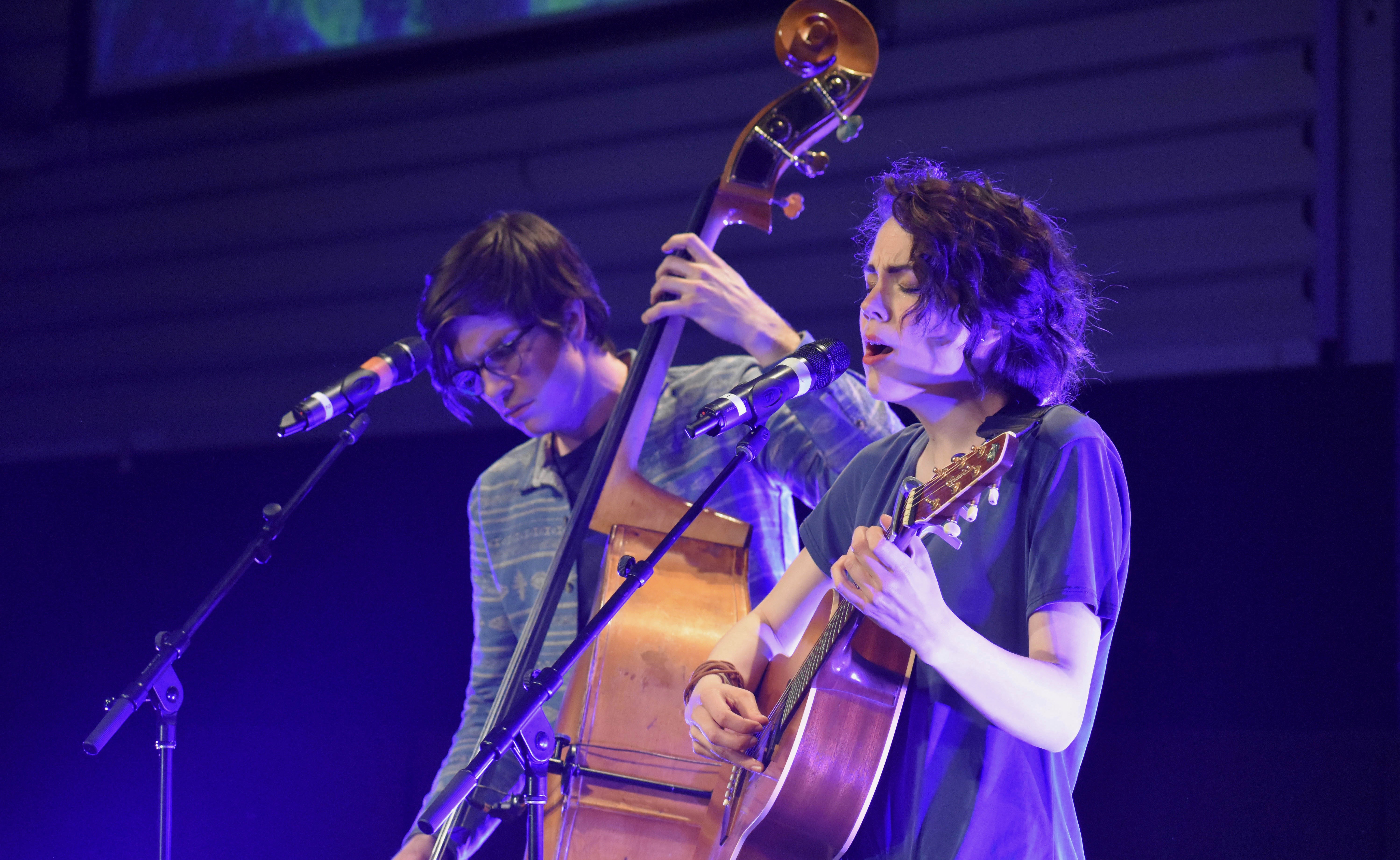 On April 6 in the Finnegan Fieldhouse, students were entertained by the well-loved band Penny and Sparrow, which was joined by Franciscan alumna and singer Alanna Boudreau.

The doors opened at 7:30 p.m. for eager students to find good seats in order to enjoy the music. The band consists of Andy Baxter and Kyle Jahnke, who sing and play an unplugged acoustic guitar. As they got further into the evening, they invited freshman Chuck Adams to come on stage and lip sing to one of their songs using a water bottle.

“It was an absolute honor being up there with them, even if it was entirely embarrassing,” said Adams afterwards. “They’re performers who know how to make it a good time! Whether it be giving everyone a good laugh or making you get chills from the rawness of their music, how couldn’t you love it?”

Boudreau, who graduated in 2014, shared that she loves coming back to Franciscan and feels like it was just yesterday that she was a student trying to figure out her future.

“She’s such a fierce and gentle woman, with such a beautiful view of the world,” said freshman Emma Vansuch.

Vansuch, who had the opportunity to meet Boudreau after the concert, said, “I was so glad to be able to meet Alanna and just hold a conversation with her about Catholicism and artistry and the music industry. She was such a kindred spirit and so refreshingly genuine. It was really just an incredible experience, and I’ll always remember last night.”

2018-04-11
Previous Post: Visiting member of Aid to the Church in Need, speaks about Middle East
Next Post: The challenge of Charlie Brown on stage: kindness and childlike joy