Philosophy professor answers ‘Is Pope Francis a Critic of Capitalism?’ 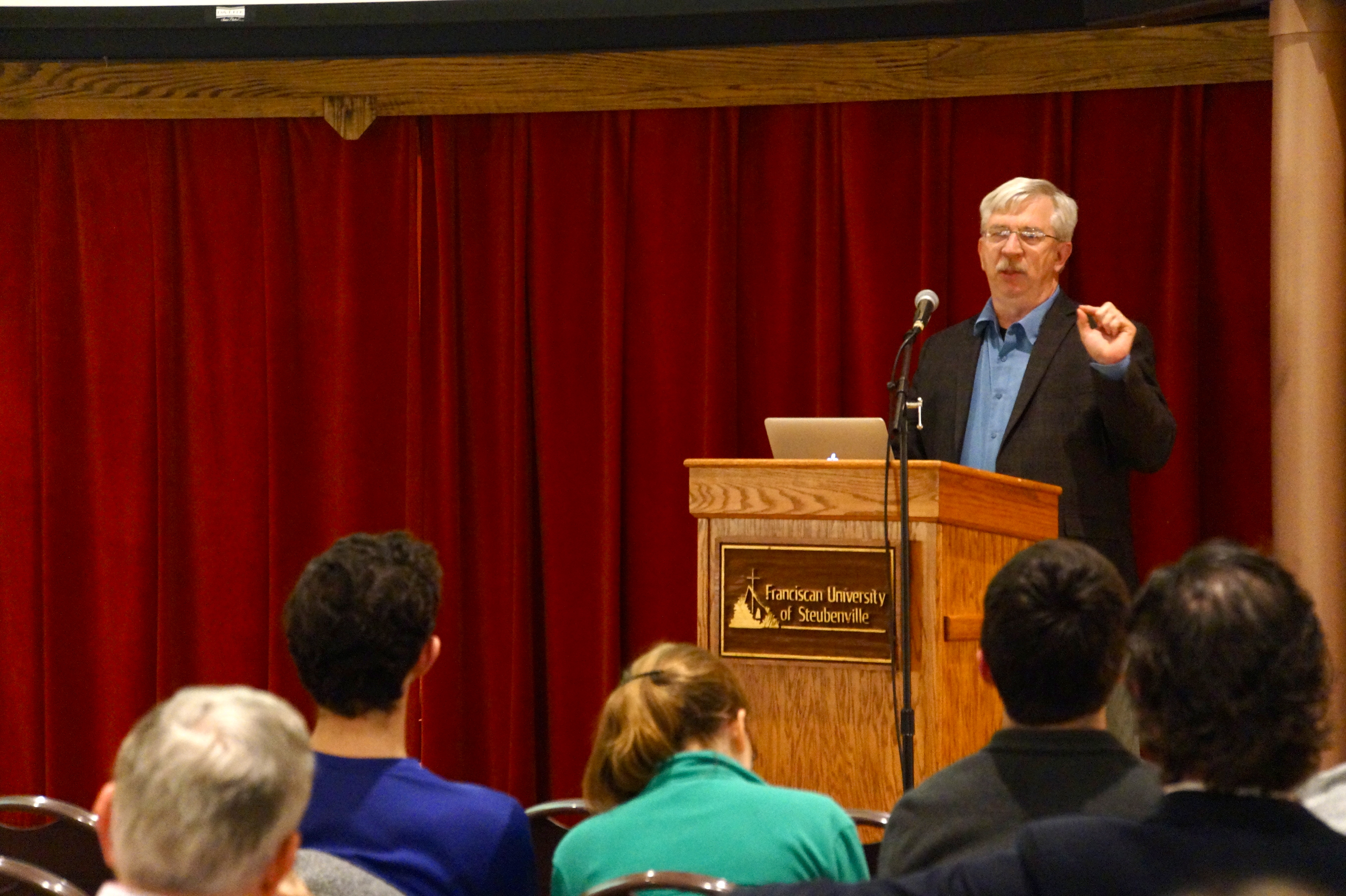 Gregory R. Beabout, who holds a doctorate in philosophy, said, “It depends a lot on what you mean by capitalism.”

Although Francis called business a “noble vocation” in his encyclical “Laudato Si,” he called capitalism an “economy of exclusion and inequality,” and in a speech on July 9, 2015, said that “an unfettered pursuit of money rules,” said Beabout.

Beabout said that Francis’ background in capitalism might play a large role in understanding his method of critique as modern capitalism in Argentina is “quite different” than in the West.

In the past hundred years, Argentina has sunk to being below almost every European nation in its economy, he said.

Francis almost never mentions capitalism in his texts yet he “took the name Francis to bring attention to God’s love for everyone, including those who are poor,” said Beabout.

Using Francis’ encyclicals, Beabout explored the idea that “all of Pope Francis’ comments in which he is critical of current economic realities are motivated by his love for those who are poor.”

Freshman Maria Brandell said, “It was really helpful to learn about the background of Pope Francis and the culture and economy that he came from in Argentina.”

Beabout ended his talk with an application of the effect of capitalism on society.

“The commercial society requires the cultivation of … virtues (but) does not provide for them,” he said. “The family is an endangered species in a society that is focused in the individual to the point of a consumptive economy.”