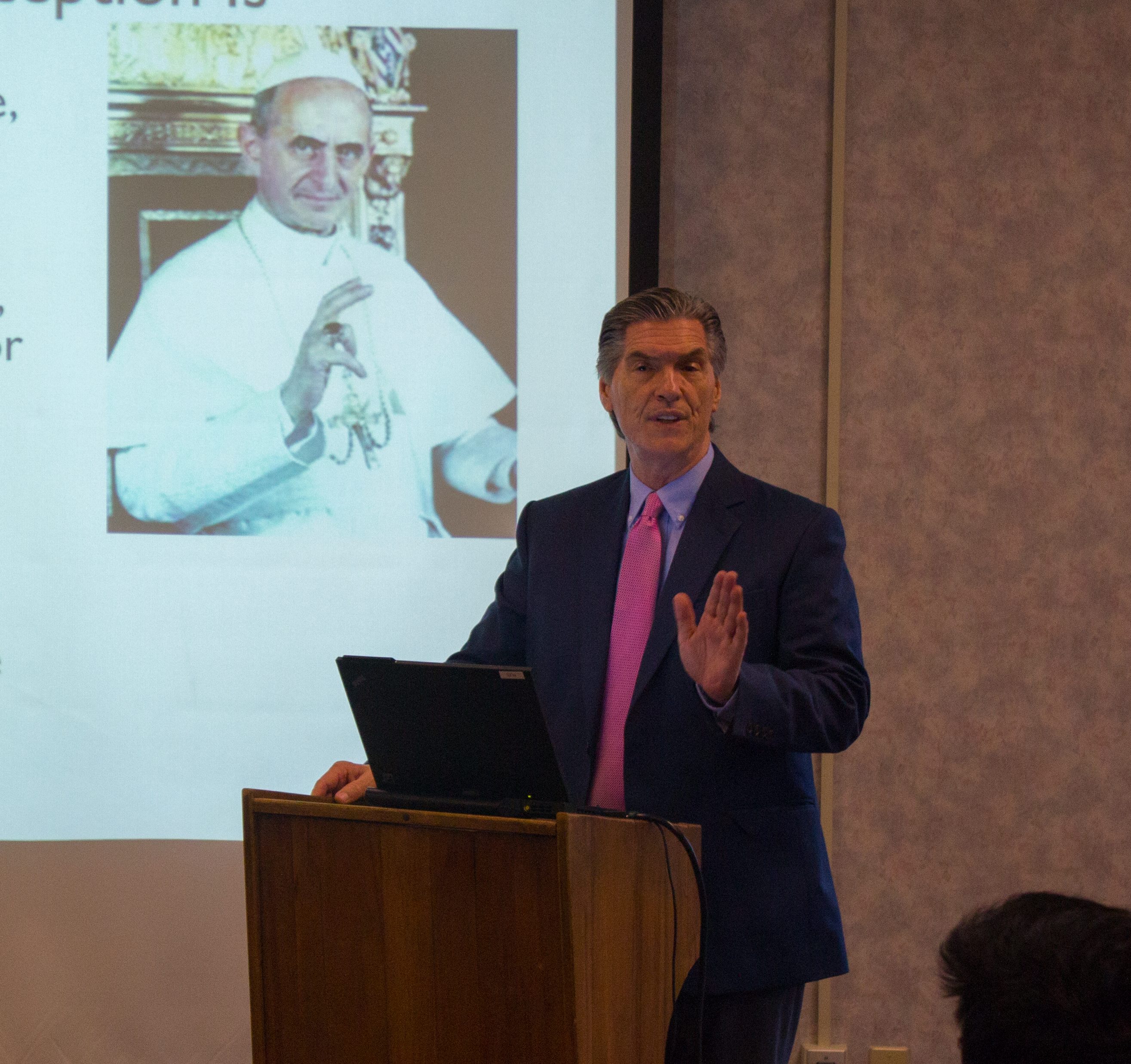 On the night of April 11 in the International Lounge, a Franciscan University professor explained that contraception is immoral because it prevents the intrinsic goods of procreation and unity in the marital act.

Patrick Lee, who holds a doctorate in philosophy and serves as director of the Center for Bioethics, focused on the moral issue of contraception. He explained that according to Pope Paul VI, contraception is any act that intentionally prevents procreation.

“(Contraception) is the vertex of the collision between the Church and culture,” said Lee, because it prevents two intrinsic goods affirmed by the Church that are denied by culture: life and marital union. For this reason, the Catholic Church has always opposed contraception, said Lee.

Lee said he believes that the argument that the strongest case for contraception’s immorality is that it prevents intrinsic goods.

Because contraception is not open to the intrinsic good of life, it directs the will against life, said Lee. “I’m not destroying a good that exists, but I’m closing my will to that good coming to be,” Lee said.

According to Lee, contraception also prevents the full union of the sexual act that embodies the “one flesh union on the biological and spiritual level” of marriage.

To see why the sexual act builds up marriage, Lee said that it is important to understand what marriage is. Marriage is a particular relationship between a man and woman who agree to share their lives together on every level in a way that is open to and would be fulfilled by conceiving and raising children. This relationship is a total self-gift. Because contraception prevents the fulfillment of this total self-gift, said Lee, it is immoral.

Lee explained that Natural Family Planning is different from contraception because it does not prevent a good, but instead chooses not to pursue a good because of difficulties that might come with it. Where NFP is choosing not to act for a good, contraception is “getting into a situation where a good might come about but doing something to prevent that good,” he said.

Sophomore Regan Somers said that she liked how Lee differentiated between contraception and NFP, saying that she benefited from the explanation of how NFP is morally acceptable.

Lee’s presentation was sponsored by IDEAS, a club that promotes human dignity.