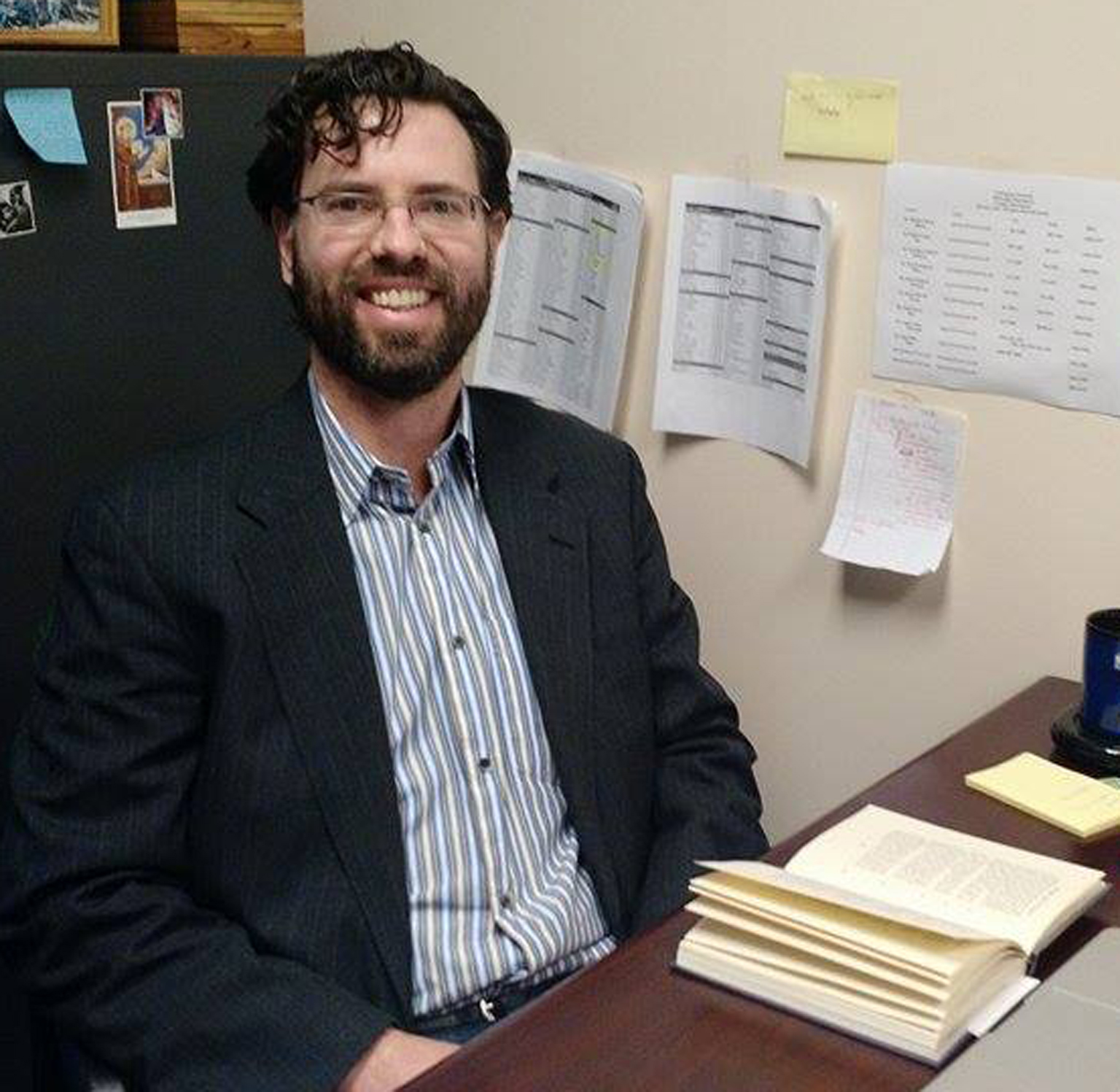 A new professor in Franciscan University’s philosophy department this semester is Alex Plato.

Yes, you did read that sentence correctly. Fittingly, Plato teaches philosophy of the human person and foundation of ethics.

Plato knew he wanted to teach since he was in the seventh grade.

“I really loved teaching friends of mine how to play sports,” Plato said. “I love when people learn, when they catch on and they’re really happy.”

When he was in high school, a science teacher piqued his interest in philosophy through debates about creation and evolution. After many conversations about it, Plato realized that the debate cannot be solved by looking at scientific evidence alone. More fundamental questions must be asked such as, “Does God exist? What is God like?”

These are the questions that really drew him to philosophy.

A native of Oregon, Plato attended Western Baptist College, now known as Corban University, for his undergraduate studies. He majored in interdisciplinary studies. Plato received his Master of Arts from Biola University in Los Angeles. He just received his doctorate from St. Louis University in December 2014.

Getting a teaching job anywhere would have been perfect, but Plato said that he is beyond blessed to have this job in particular. He appreciates teaching at a university with a mission statement in which he really believes, having colleagues he loves and students who are passionate.

“I really appreciate the students,” said Plato. “I’ve taught (in) a lot of places; the students here are really motivated. … I love my colleagues. They’re all very serious about it. It’s a department I feel at home in.”

When asked about his favorite part about teaching at Franciscan University he replied, “Besides the fact that I’m teaching here? It’s kind of like if you would ask G.K. Chesterton, ‘What is the best part of life?’ He’d say, ‘Well, that I’m alive. I’m here, I exist.’”