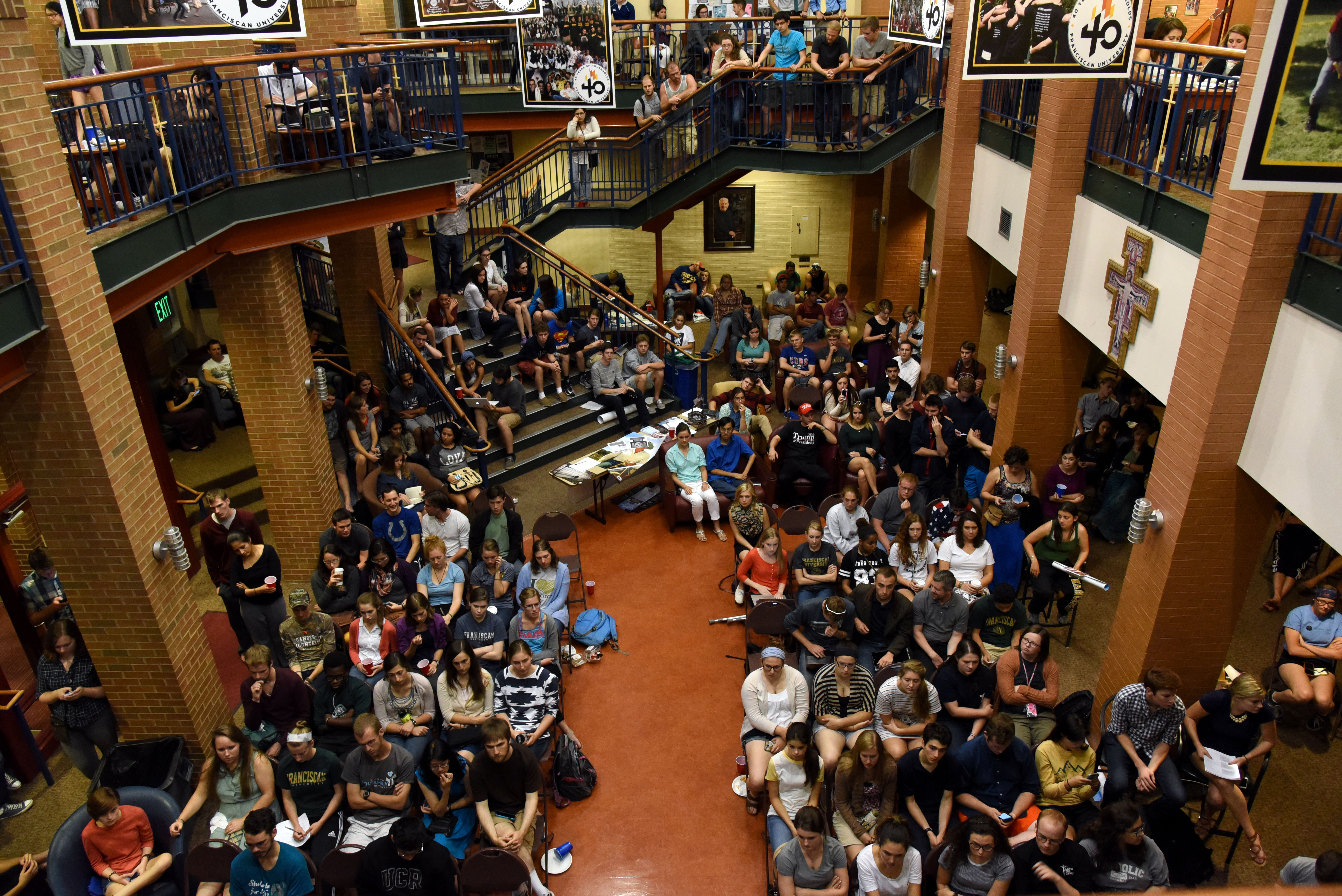 More than 150 students gathered in the J.C. Williams Center on Sept. 16 to watch the Republican presidential debate at an event hosted by Franciscan University’s chapter of Young Americans for Freedom (YAF).

Attendance was far above what was expected. More than 50 chairs were set up, but the event gathered so many students that many more chairs had to be added later.

Tommy Valentine, president of YAF, said that the club hoped that the event would encourage students to be more “informed and educated” about the election.

Student Dana Lannin said that she attended to hear the information “from the horse’s mouth.”

Student Emily Coronado said that she felt that the debate watch party was something she might not have been able to experience at a state school.

Topics covered included the funding of Planned Parenthood, tax decreases and the Middle East. Lighter questions asked at the end included what woman the potential candidates would put on the $10 bill and what their presidential codename would be.

Valentine thinks the 2016 presidential election will be the most important election in recent history, having the power to overturn Roe v. Wade and the gay marriage legislation.

A poll of the students in attendance showed that most students favored Carly Fiorina while Donald Trump was favored the least. Trump seemed to be extremely disliked by the entire group, arousing “boos” from the crowd.

Baron Buckner, a sophomore transfer student, said, “I came in disliking Trump and now I dislike him even more.”

Also included at the event were $400 worth of cookies, pizza and drinks, which were all consumed within the first hour of the debate. There were also free pocket Constitutions, buttons and Ronald Reagan posters available.

Valentine said that this was the biggest crowd that the YAF has seen for any similar event, and that the club hopes to raise the food budget next time. He also said that YAF does plan to host more events like this in the future, possibly for the debates in October and November.