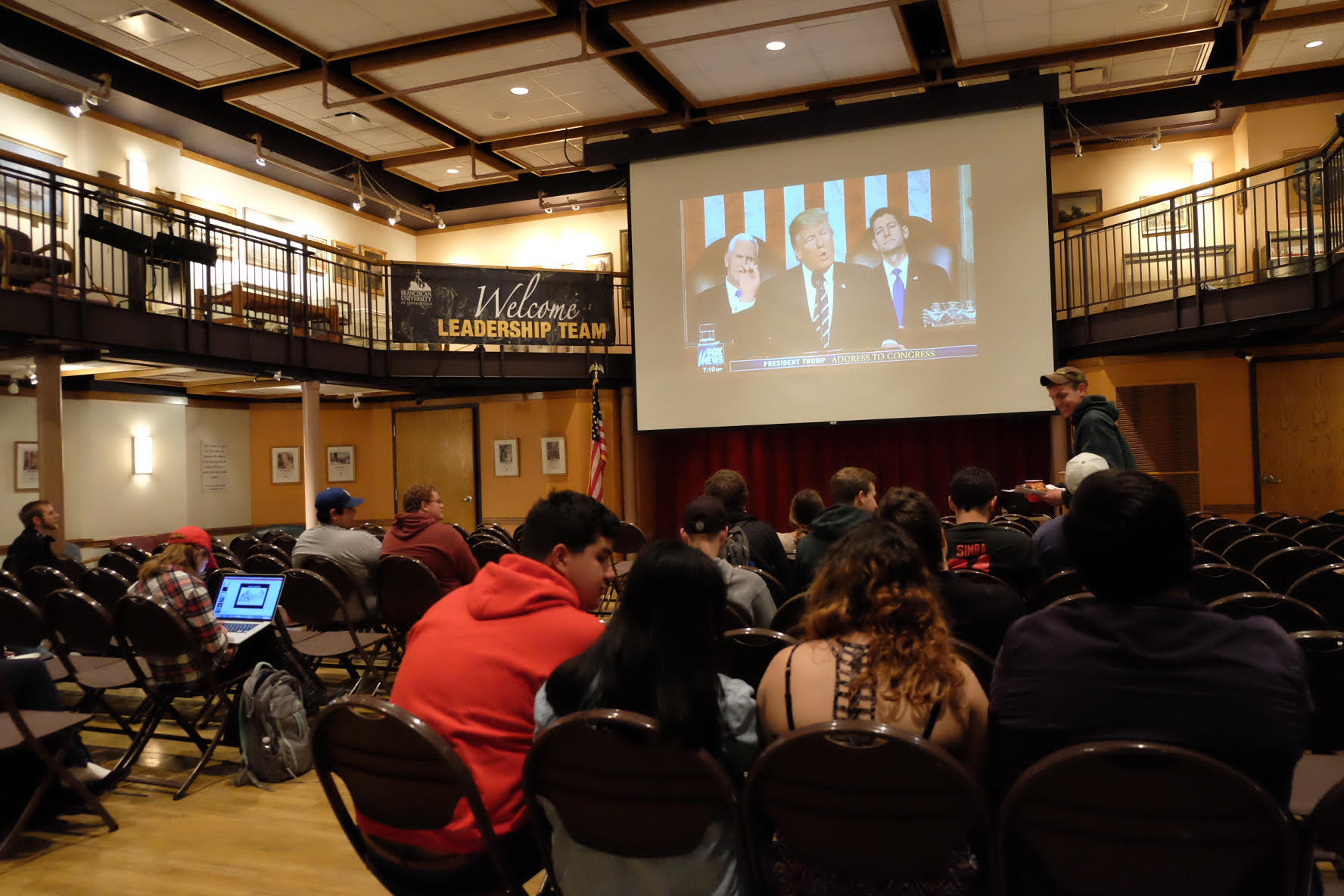 Like millions of people across the nation, Franciscan University students gathered together to hear President Donald J. Trump address a joint session of Congress on Feb. 28.

Students gathered in the Gentile Gallery to watch the showing, which was hosted by the Young Americans for Freedom club (YAF). Before the president’s remarks began, Councilwoman-at-large Kimberly Hahn spoke to those in attendance about the importance of getting involved in the local community, using her political experience as an example.

Attention then turned to the screen as President Trump began his speech. The president talked about the progress he has made and hit on several different issues which had been central to his campaign during the 2016 election cycle. These included racial tensions, immigration policies, the economy and military power.

He struck a notably gentler tone than he has used in the past, and opened his remarks condemning hate and evil in all its forms in light of the recent attacks on Jews.  This drew applause from those gathered in the Gallery.

Trump announced, “A new chapter of American greatness is now beginning, and a new surge of optimism is placing impossible dreams firmly within our grasp.”

Among the other highlights of his address that elicited positive reaction from the crowd included the announcement of several American-based industries who have decided to expand their business in the country as well as his new initiative to support women entrepreneurs. He promised to “restart the engine of the American of the economy.”

Trump ended the address on a note of unity, saying, “We are one people, with one destiny … and we are all made by the same God.”

Student reactions to the president’s address were very positive. Sophomore James Shillieglue was glad to hear what the president has been able to accomplish from his own mouth, instead of having it passed through the media and said that all the special guests in attendance really helped the message hit home.

“I thought it was a really nice touch and it showed that he’s delivering on his campaign promises,” said Shillieglue.

Several people commented on the president’s demeanor and tone, saying that he rose to the occasion with this speech and that Trump brought more dignity back to the office of the president.

“The president is sending a message to everyone that he wants us to be united, and that’s what we needed to hear,” said sophomore Matt McCloskey.