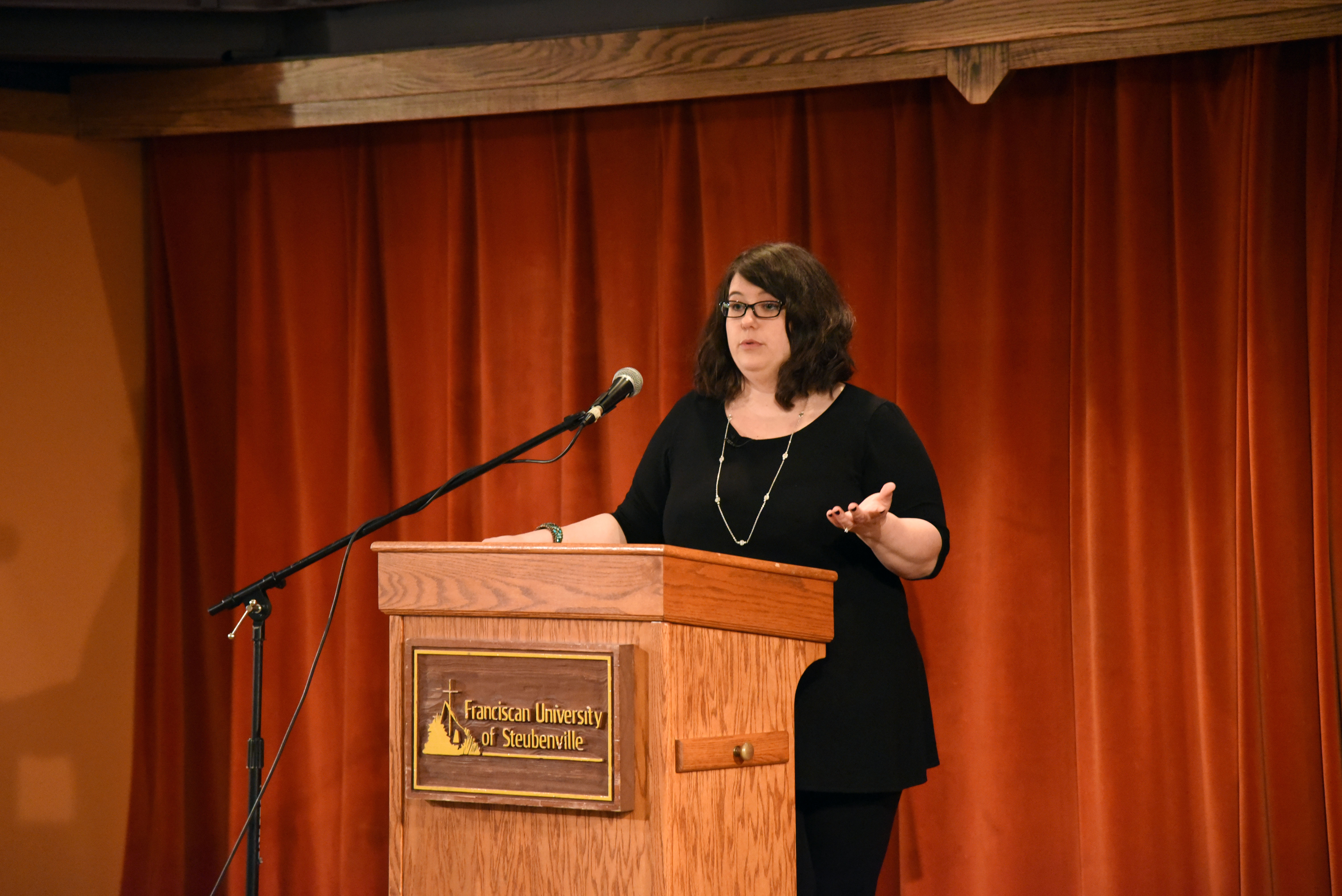 The president of Students for Life of America encouraged Franciscan University to take action and to be active for the pro-life cause during a talk Wednesday, March 16 in the Gentile Gallery.

Kristan Hawkins gave the talked titled, “Pro-life Activism: What you can do as a college student RIGHT NOW.”

Hawkins said Franciscan University is known as being a great pro-life and Catholic university, but this is part of the problem concerning students and students being pro-life activists.

They go to a school where they are all liked-minded and isolated, and they can find it difficult to transition into the real and working world, she said.

Hawkins used the analogy of David and Goliath, making the point that David believed he could beat the giant. She said people often underestimate the power to believe that one can achieve a goal.

She said, “Because it (the end of abortion) seems like this long-off, big thing, we tend to stop believing it’s possible, and that affects our actions, that affects us becoming pro-life activists.”

In order to be better pro-life activists, she gave students tips for on and off campus. In addition to believing, she said that students need to plan. She said they need to think about their plan for life and then prepare.

Students could start training camps, invite nearby Catholic parishes to attend, and then eventually reach out to the public schools, said Hawkins.

She also said students should go out to other universities, talk to students, help out struggling pro-life groups and use their apologetic training.

While not a huge issue on Franciscan’s campus, she talked about the importance of pregnancy policies.

She said the biggest issue is the housing policy for these pregnant mothers through which they are often kicked out of university housing. She encouraged students to look into implementing pregnancy policies on Franciscan’s campus.

Franciscan student Elizabeth Puffenberger said, “It was really great. It was really inspirational. … It got my creative juices flowing.”

The event was sponsored by the Students for Life club.