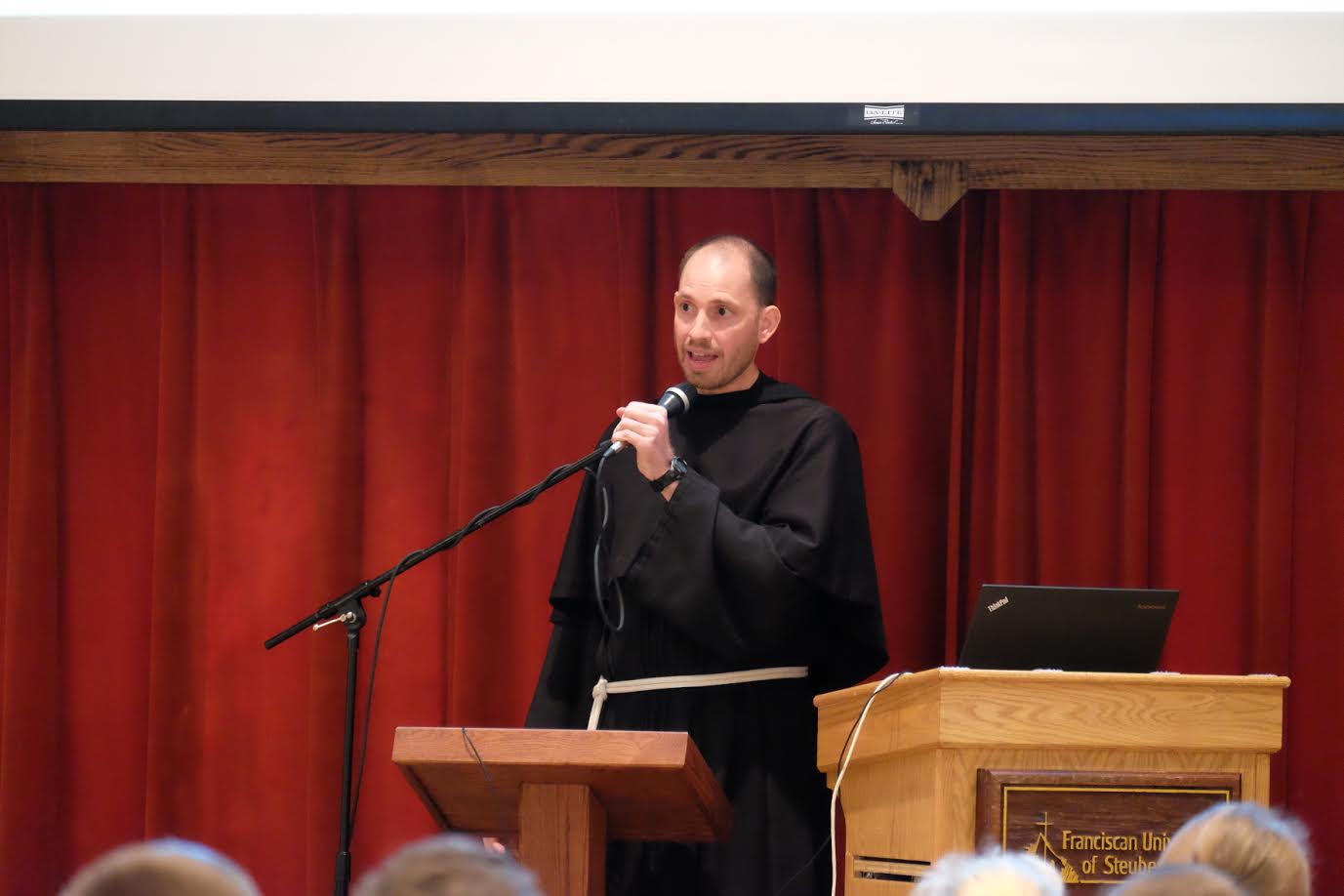 Using the book “What does God want?” by the late Rev. Michael Scanlan, the director of the priestly discernment program instructed students in their vocational discernment process in a talk on March 30.

The talk, given by the Rev. Gregory Plow, was focused on Scanlan’s book and a video depicting Scanlan’s answering of God’s call. Plow presented some tests for discerning one’s vocation.

Plow encouraged the audience to test their call according to conformity, conversion, consistency, confirmation and conviction. Plow explained how a call needs to conform to God’s will, especially as taught by the Church. A call should also encourage conversion, be consistent with how God has previously spoken, be confirmed by those involved, and have a response of conviction, according to Plow.

Most importantly, Plow exhorted the audience to ask, “Lord, is it your will that I do this?” Plow pressed the importance of being open to some options not being God’s will.

Showing his Franciscan spirituality, Plow told the students to judge their call by its fruit of conversion. Plow reminded the students that in discerning a genuine call, “Will a choice in question turn my heart toward God?” Further, when examining a decision—big or small—will it lead to an unnecessary occasion of sin?

To illustrate the necessity of focusing on conversion in one’s choices, Plow used the example of a Franciscan graduate who lives in New York, and becomes depressed and materialistic until she has an opportunity to live with an old friend, which causes her to ask herself, “Will this choice spur my heart to God?” Plow used this example for the decisions involved in vocational discernment.

Plow said “(When) we’re starting to test the call,” it can be confirmed by various events. Signs might come from other people, or they can be miraculous, said Plow. He assured the students of both the genuineness of miraculous signs and the dangers of using them to put God in a box.

At the end, the Rev. Gregory Plow presented a kind-hearted “shameless advertisement” for both Mary Spouse of the Spirit and Living Stones, two discernment households on campus, the former for women and the latter for men.

When asked in the question an answer section at the end of the talk on how to move past one’s sins while discerning, Plow said, “God will not use any sin we commit to hinder His call for us.”

The talk was sponsored by Mary Spouse of the Spirit household.

Buchanan said, “(I was) impressed by his insight into humanity (and) the difficult and ongoing complexities of discernment.”