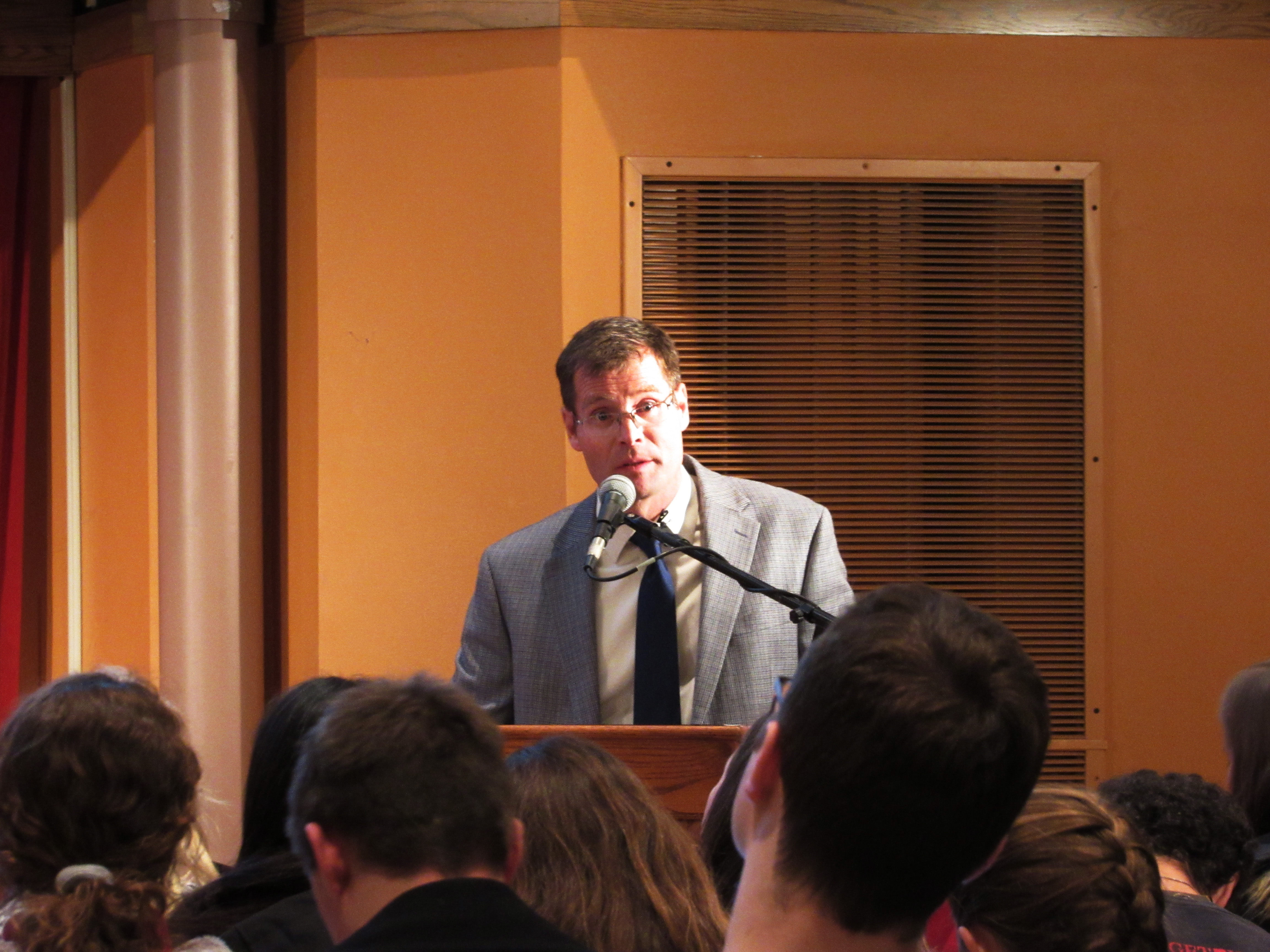 On Nov. 10 in an overflowing Gentile Gallery, a concerned yet alert audience was captivated by a lecture concerning the use of fetal tissue in research and vaccines. Kyle McKenna, who holds a doctorate in biology from the University of Maryland, spoke on the need to defend life by stopping abortions while continuing immunization.

McKenna, in his research, encountered the proliferation of aborted fetal tissue in various cell lines, vital components in some research and medicine. Seeking a possible therapy for uveal melanoma — a cancer in the eye — McKenna expressed his shock in the widespread research and use of HEK-293, a cell line developed from an elective abortion.

McKenna recognized the moral dilemma posed by using fetal tissue in research. From decisions by the Congregation for the Doctrine of the Faith, McKenna understood that these products can only be used, on a temporary basis, if there are no alternatives available. According to the CDF, using these cell lines creates a contradiction because the Catholic researcher condemns the injustice yet uses its fruits.

Concerned about the morality of using aborted fetal tissue, McKenna decided to use a separate cell line in his research, which ended up being more effective than HEK-293. While McKenna’s fellow colleagues were supportive of his decision, they — along with most researchers — were indifferent to the damage done to human lives by elective abortions for research.

Beyond research, fetal tissue has been used in the production of vaccines, like the chickenpox and rubella vaccine. McKenna strongly emphasized the benefits from these vaccines, saying that the “efficacy of these vaccines has been clearly seen.”

Quoting the Pontifical Academy for Life, McKenna recognized that while there is a right to abstain from these vaccines, this right should only be exercised if there is not a significant health risk.

Rubella’s “interaction with a pregnant woman is catastrophic,” because “while she will clear the infection, the fetus will experience … complications,” according to McKenna. When the disease is a danger and only vaccines with fetal tissue are available, their use “is not an acceptance of the vaccine; it is an imposition.”

McKenna informed the audience that there have been efforts to solve the problem. McKenna praised those activists who have convinced companies to stop using illicit cell lines. McKenna also praised alternative vaccines, like the new Shingles vaccine — Shringrix — developed without fetal tissue, often more effective than the others, like the old vaccine, Zostavax. The response of boycotting vaccines to avoid using illicit cell lines is, as McKenna said, “a way to do that, but it does put people at risk and the Church has spoken out against that as a motivation for vaccine refusal.”

The students and faculty who attended the talk appreciated McKenna’s academic rigor, praising his defense of Catholic moral teaching. Amelia Haynes, junior, praised McKenna for defending the necessity of vaccines during the question-and-answer section.

Sophomore Nicholas Resuta said that “Dr. McKenna made it easy to understand.”