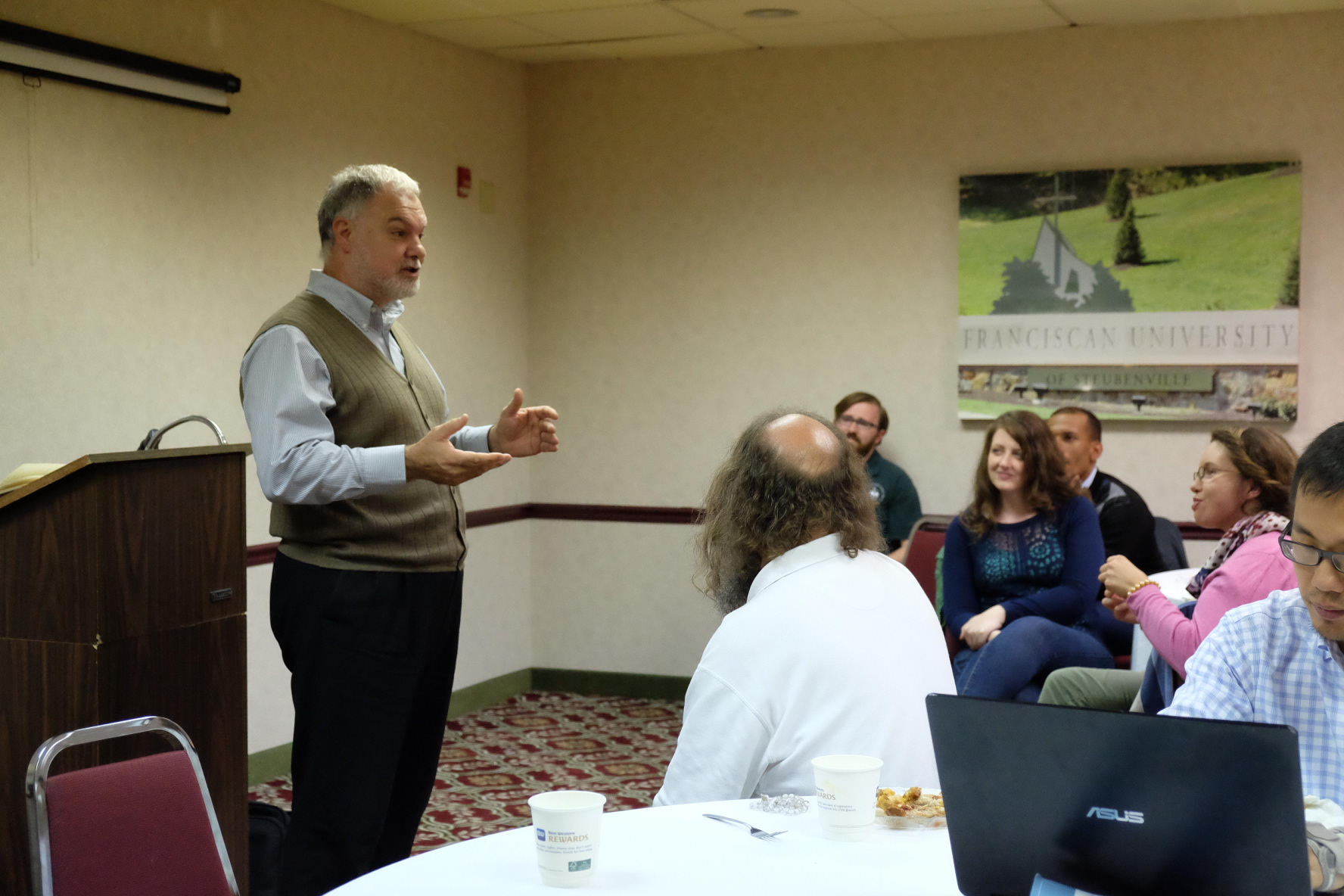 Petroc Willey, who holds doctorates in moral philosophy and sacred theology, brought his personal experience along beside wisdom from the Church to discuss “Fraternal Correction and Dealing with Sin” during a “Theology on Tap” event at Damon’s Grill on Thursday night.

Willey, professor of theology and catechetics at Franciscan University, focused his talk on, in his own words, the “healing purpose” of fraternal correction. To bring about that healing, Willey recommended being “surrounded by healthy companions” who “draw (your) attention to a bigger reality.” This creates a cycle of people listening and trusting each other.

He affirmed the role of friendships in conversion, as well as continued conversion. Citing Matthew 18:15-17, he noticed a three-stage process of fraternal correction, which the Koran also uses: talking one on one, talking with the person and one or two others, and then bringing up the issue to the whole group involved.

In his personal experience, Willey noted that he would “genuinely (see) my sin as misery.” To further validate his point, Willey cited St. Augustine, who believed that fraternal correction is all about helping somebody overcome sin, “seeking his amendment and sparing his shame.”

First-year graduate student Sean Coyle mentioned that he was “definitely very moved by this talk,” emphasizing that it was “powerful to understand in (the) context of mercy, trust, and love.”

Fellow graduate student Ryan Welch took away much of the same, but he emphasized that fraternal correction “is all about healing.”

Similar to a drink and discuss, the “Theology on Tap” speakers and discussions are intended for graduate and non-traditional students, but are open to the public.

Future “Theology on Tap” discussions will be held at the same location, and will be announced in the GNT bulletin that is e-mailed with the Student Life Bulletin.