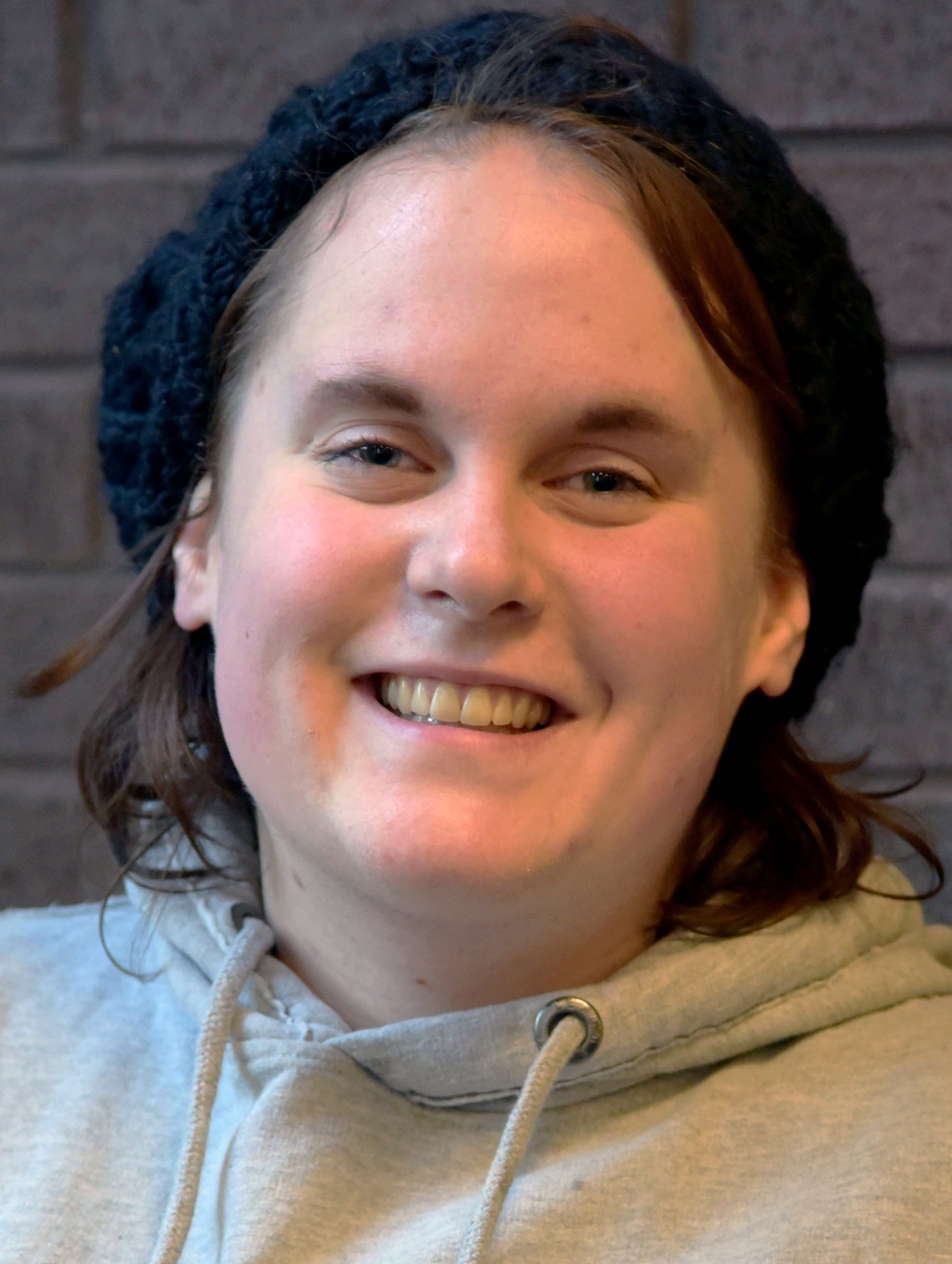 “People are beautiful mysteries to be encountered. It’s about learning to love each person,” said Mary Molloy, new residence director of Sts. Kolbe and Clare Halls.

Molloy is not far from home at Franciscan University.

“I actually grew up in Steubenville,” said Molloy. “My family moved here when I was seven, so I could attend the university actually.”

Molloy attended a local Catholic high school and then studied at Franciscan for both her undergraduate and graduate degrees in theology and catechetics with a concentration in youth ministry. During the two years between her degrees, she served with National Evangelization Teams (NET) ministries in Ireland.

Molloy talked about how a former residence coordinator had suggested that she look into the job.

“I just decided to apply and I was like, ‘Lord, if you want me to do this and I get accepted I’ll do it, and if you don’t want me to do it, I won’t get the job,’” said Molloy. “I got the job and they offered me to be the RD in Kolbe-Clare and it was on the feast of the Annunciation of Our Lady. I have a really big devotion to Our Lady’s fiat so I just knew. I knew that I was supposed to give my fiat to this.”

Molloy said that the best part of her job is being with students.

“One of the best things, I think, is hanging out with the households … and seeing what their life is like on wing, and the pranks that happen and the laughter that happens,” said Molloy.

She likes to spend time with residents doing anything from having a cup of tea to having a NERF gun war.

“I love just leaving my apartment and hanging out with students,” Molloy said. “Just hanging out and spending time with students is my favorite thing to do, at night just chilling (with residents) and sometimes having deep conversations and giving advice or just doing something silly.”

The job does come with challenges, however. Molloy said that the hardest part is balancing the time she spends with residents and personal time.

“It’s an all-hours type of job, so learning to go to bed is probably one of the hardest things,” said Molloy. “It sounds silly, but it’s about learning to take time for myself and go to sleep.”

As a residence director, Molloy does “anything and everything” in the dorm and her primary responsibility is to be a “dorm mom” to the residents.

“One day doesn’t really look like another,” Molloy said. “The most typical day would be sending emails from my office, submitting TMAs, going to household commitments and hanging out with residents.”

Molloy said that she wants an “atmospheric joy” in the dorm and that the community aspect is important to her.

“I really just want the idea of a home away from home,” said Molloy.

Molloy and the rest of the residence team hope to accomplish this through social events, such as a Halloween party, praise-and-worship sessions and a chick-flick night.