Religious Got Talent showcases talent of religious community at Franciscan 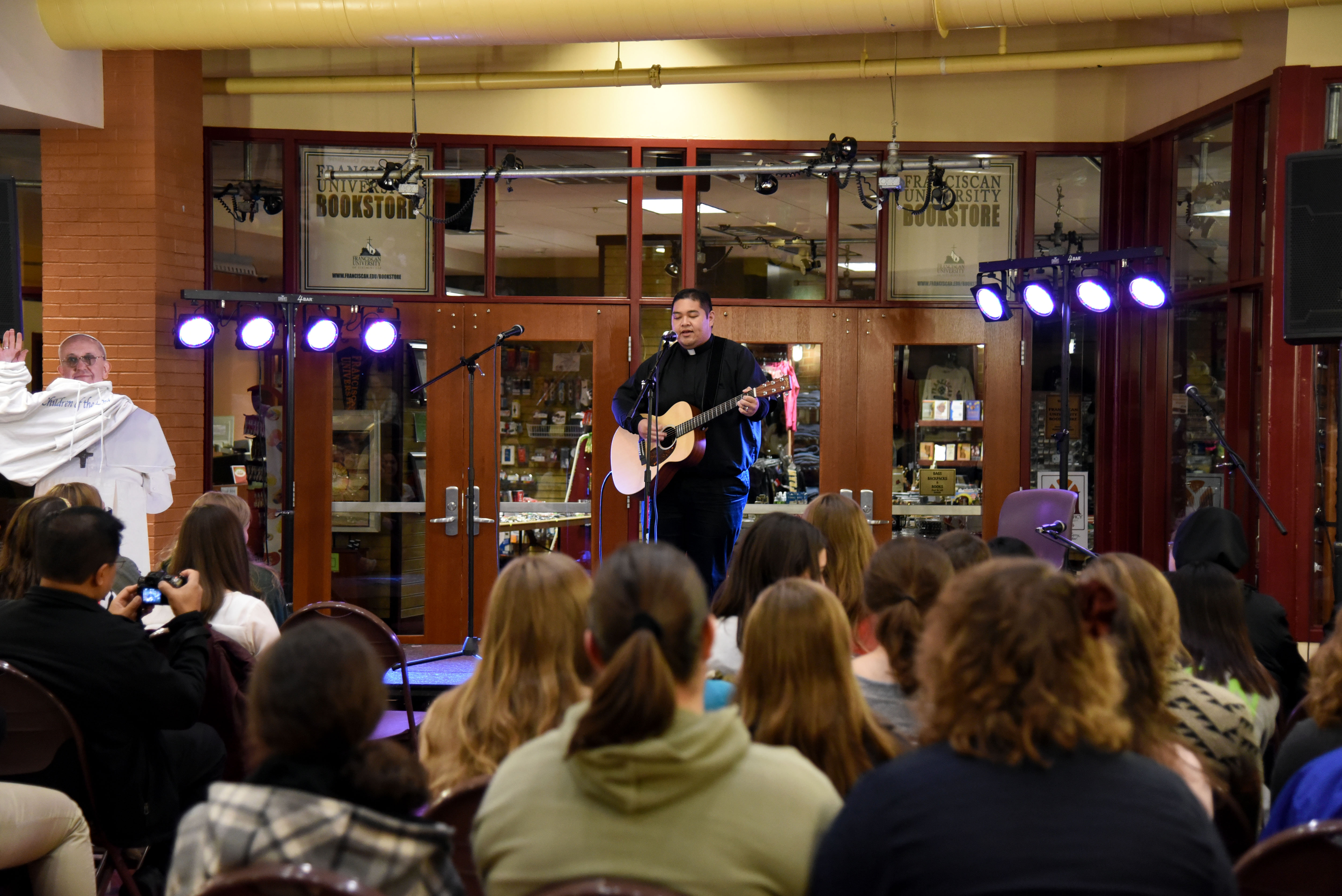 Students were entertained Nov. 20 by a menagerie of singing nuns and guitar-playing brothers, among many other acts at Religious Got Talent in the J.C. Williams Center.

The event was a smashing success. Students filled the J.C. Williams Center, with many sitting on couches, perched on the stairs, or looking down from the second floor balcony.

The show opened with a song in Spanish by the Spanish sisters. The Carmelites of the Most Sacred Heart of Los Angeles played a song that involved several uncommon instruments.

Brother Sean Flynn, MIC, played the guitar and sang a song he wrote himself about the virtues of integrity and charity. The Sisters of St. Francis of the Martyr St. George sang and preformed poetry. The night ended with the literal bang of the percussion of the Marians of the Immaculate Conception.

In between acts, Madigan Maere of Children of the Lord household and Ned Hesser of Knights of the Holy Queen household told jokes to entertain the audience.

Senior Kathleen Loesel shared her thoughts on the event.

“This was such an amazing idea for a program,” she said.

Visitor Sasha Jackson said, “I really enjoyed the sisters from Los Angeles. … I thought they had good variety. I especially liked the clappers. Overall the event was really inspiring.”

Student Kyle Hatfield, who helped with sound tech, said, “This was the best coffeehouse I’ve ever been to.”

Freshman Ali Bianco said, “I enjoyed getting to know some of the religious through their music.”

Hesser said, “I’m so grateful to all the religious for giving their time, and for the ‘yes’ that they’ve given to the Lord. … I think it just goes to show that just because someone is aggressively seeking their faith doesn’t mean they’re boring.”

Religious Got Talent was hosted by Children of the Lord household.