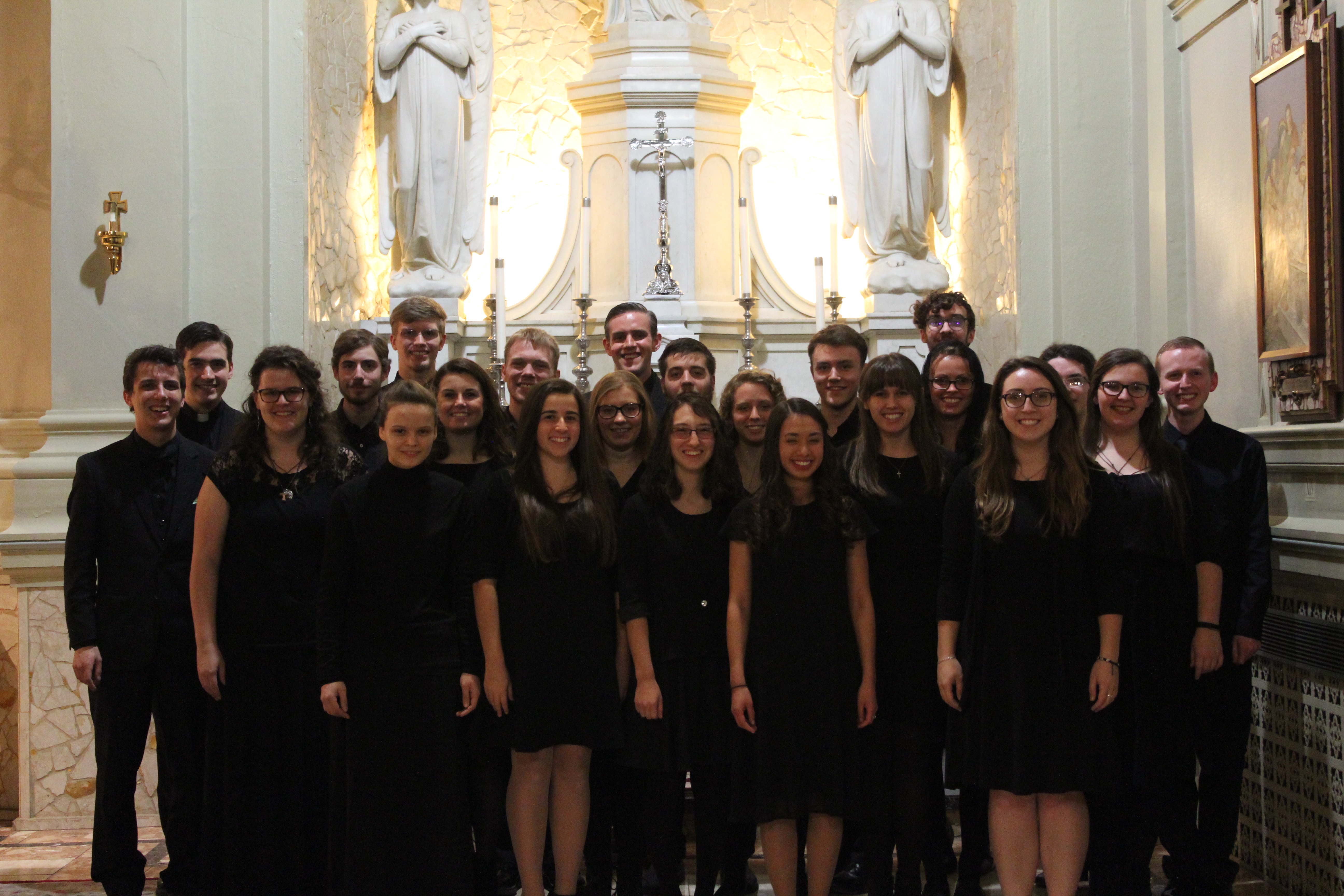 Franciscan students joined the Steubenville community at St. Peter’s Church in a reverent and reflective celebration of a Requiem mass on Friday, Nov. 10 at 7:00 p.m.

The Requiem mass, which is a nickname for The Mass for the Dead, is a long-standing tradition in the Church which has been made less popular in recent times. The night’s mass was composed by Maurice Durufle in 1947, according to the program, and was sung by Franciscan’s own Schola Cantorum Franciscana.

The Rev. Timothy Huffman celebrated the High Mass in Extraordinary Form for the repose of the soul of his mother, according to the program, and there was an empty coffin surrounded by candles toward the front to remind everyone present to mourn his or her own sin. Huffman wore black vestments, and the sequence “Dies irae” was sung in place of the Alleluia, to lend reverence to the Mass.

The music and the form of the mass combined into one fluid action, highlighted by the soar of sopranos and the harmony within the Schola, which was prayerful for many present. Nearly the entire church was full of students, alumni and parishioners.

Junior Patrick O’Brien said, “I’d never been (to a Requiem Mass) before and I wasn’t really sure what to expect, but it was a really powerful experience.”

Many students exclaimed over the beauty of the music after the conclusion of the Mass.

“I’m not always a huge fan of choral music,” said senior Hannah Taraschke, “but this honestly changed my opinion.”

Junior Rachel Lavallee said, “I particularly liked the buildup to the consecration with the music, because I was just getting really excited and the music was heightening the excitement that Jesus was coming…It brought out the beauty of the mass.”

Brother Stephen Camara, MIC, a member of the Schola, said, “When you have a piece that beautiful, you can’t help but do your best.”