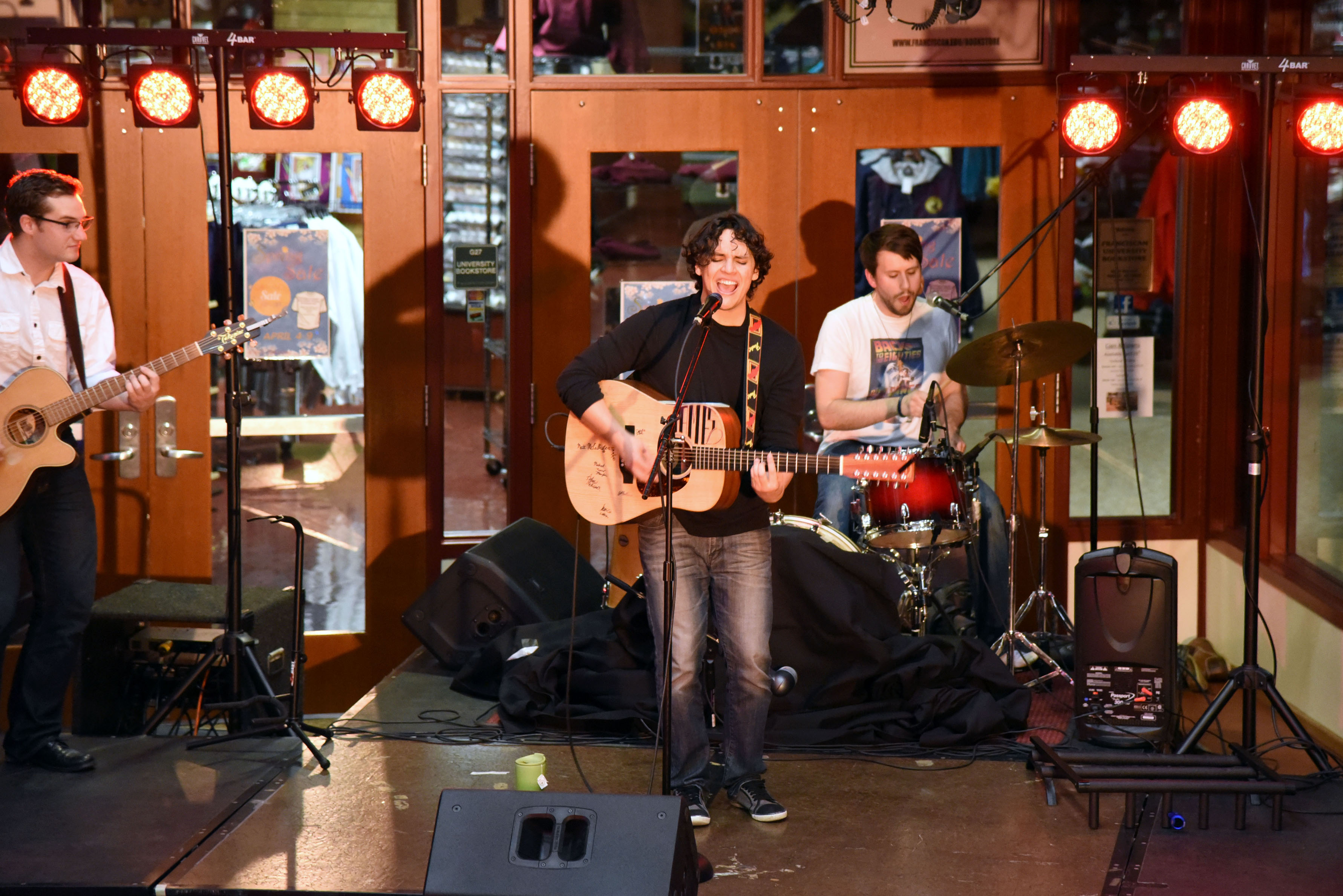 On the cusp of its second album’s release, RoCa, the collaborative band project of Nico Cabrera and James Roman, provides listeners with Christian motivation and praise in the form of high-quality music.

RoCa’s beginning boasted no such positivity.

Cabrera said, “I was playing the piano in the lobby of Trinity Hall, and I didn’t want (Roman) to play with me. Surprisingly, he sounded really good, was coming up with vocal harmonies, and I was like ‘We should really start a band.’”

In the years to follow, RoCa, a combination of the last names of both band members, delivered quality musical talent to the always receptive Christian music community. Cabrera’s vocals and lyrics, bolstered by Roman’s composed harmonies and talent on the drums, proved a combination that provided the possibility for a professional music career.

Cabrera said that commitment proves the most elusive characteristic of a prospective band member. Yet, for RoCa, dedication never proved an issue.

“We practiced Monday through Friday, an hour a day, in the IHI (In His Image household) dorm room,” said Cabrera. “When it’s band, it’s business, because there’s money to be earned, and we have to pay for the album.”

The band composed all-original music, with the musical origins of both Cabrera and Roman adding to RoCa’s unique sound.

Roman said, “Nico was born and raised in Colombia. He’s really close to Latin music. It’s very much a part of him, and it comes out in the rhythms, in the music.”

Roman added that he contributes more of a “poppish” sound himself and that “it’s cool to see how the sounds mesh together.”

Among the band’s concerts were a pro-life conference hire and a performance in Michigan.

Cabrera said, “When we started doing this, we tried to make it a career. However, James wanted to get married. He fell in love, and that’s such a good thing.”

Both band members were quick to cite the beauty of God’s intervention in the changing of their band plans.

Cabrera said, “RoCa is not going to go professional, but we’re still best friends, and we still like playing together. Maybe the title’s not there, but the idea is not lost.”

Roman and Cabrera have taken each up and down of the band in stride, given that their relationship lives deeper than a shared passion for music.

Cabrera said, “We’ve always been best friends. That’s the key here. It’s difficult to find people who really want to do this.”

The band’s music will live on in the form of the aforementioned second album, due for release on iTunes.

Roman explained the album’s title, “One,” as a culmination of the endeavors of Catholics worldwide.

“We all have joys and struggles, and in those experiences that we have, as Christians, we’re all one as Catholics in the Body of Christ,” he said. “And we all kind of have the same root struggles, and root joys, but they’re all expressed differently.”

The band’s final performance was March 31 in the J.C. Williams Center atrium.

Referencing the effects of the final concert, Roman said, “It’s emotional, but it’s just acknowledging that this is a different season in our lives. We had a season earlier, and now it’s time to change seasons.”

As Roman prepares for his upcoming wedding, Cabrera said that he intends to continue his pursuit of music and remains excited as to what form that might take.

Roman voiced his thankfulness for the support of the community.

“It’s been really humbling and fun to have people ask you about how your music is, and, obviously, we want to give everything back to God as well,” he said.