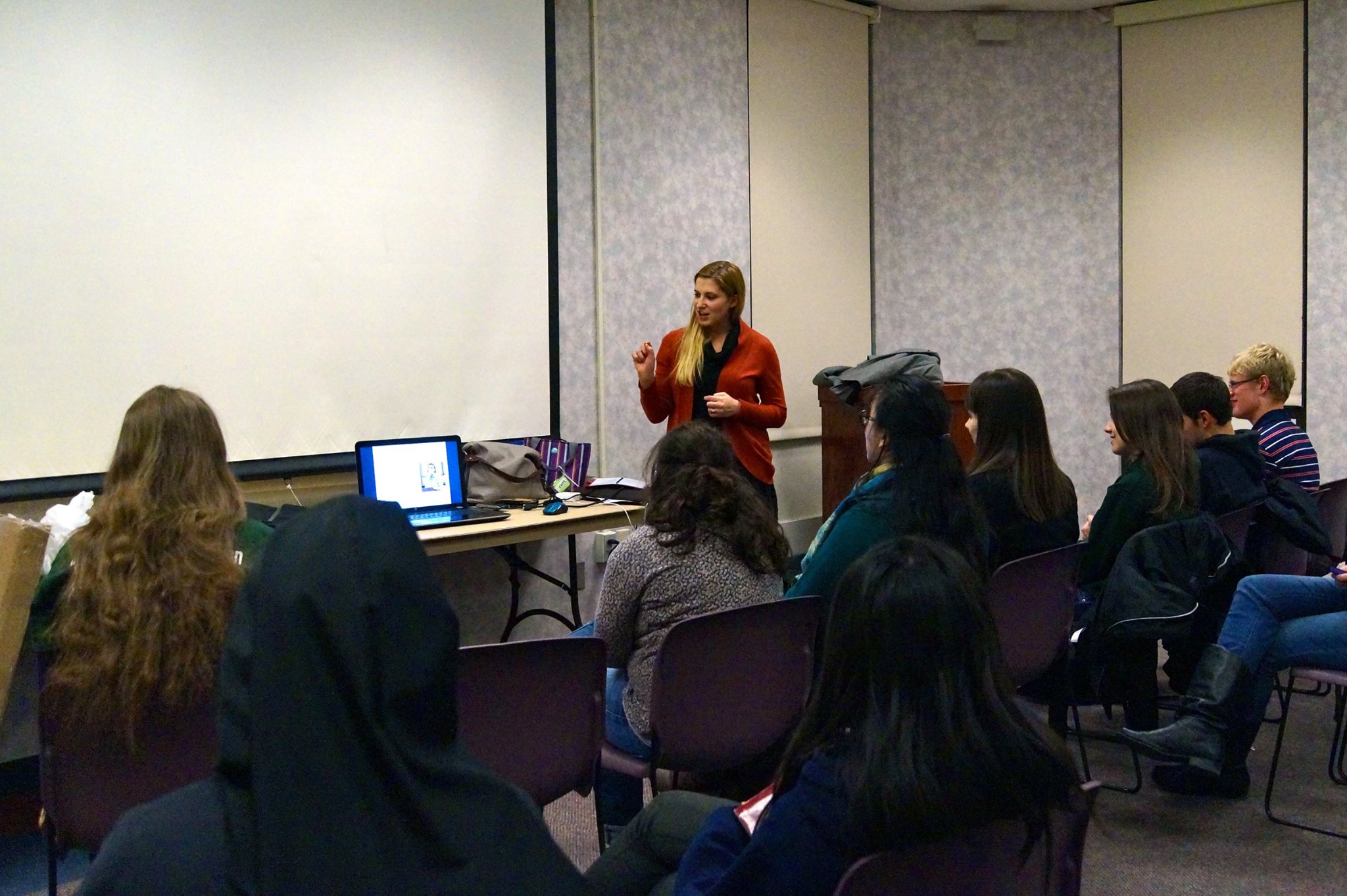 The coordinator of Serving the Aged Lovingly Today (SALT) Carmelite Missionaries shared her life story and how she discerned her vocation in a talk titled “Discernment on TV: the Reality of Service” on Feb. 4 in the International Lounge.

At a young age, Stacey Jackson said that she read St. Thérèse’s “Story of a Soul.” Upon finishing it, she felt called to be a Carmelite nun just like its author, she said.

However, her plans changed midway through high school, when she then wanted to perform in a Broadway musical, explained Jackson. Upon graduating college, she successfully auditioned for “The Wizard of Oz,” she said.​

However, Jackson said that touring made it difficult to practice her Catholic faith outside of Sunday Mass, and feeling an emptiness, she stopped touring.

Eventually, she began acting on a reality TV show starring a group of religious sisters in Illinois, she said.

After having an epiphany of Christ giving her his Sacred Heart, she said that she realized that “no spouse will ever fill (her) heart.” She almost joined the Carmelite nuns then, but unrest moved her towards continued discernment, Jackson explained.

Through CatholicMatch.com, she met a man who was discerning becoming a Carthusian, she said, and their similar experiences drew them closer together.

Jackson noted feeling “an inner, deep peace” when she was around him and realized that she felt called to marry him. Eventually, he proposed to her, and they are now engaged, she said.

To remain connected with the Carmelites, Jackson said that she founded SALT, a mission immersion program for women. In this week-long program, women live in a Carmelite convent and assist the sisters’ service at a nearby nursing home.

Jackson invited Sisters Mary O’Donovan and Peter Lillian DiMaria to speak about their experiences in the nursing home. They attested to SALT’s power to help one “see the gifts in the elderly.”

Because of its impact on young people’s lives, Jackson said she and her staff hope to open SALT to both genders someday.

Sophomore Liz Puffenberger said that she “liked how Stacey was honest and real about her process of discernment.”

Jackson “felt just like another person, discovering and living her life,” said Bella.

The SALT program is open to women over 18 years old. Those interested should contact Stacey Jackson at [email protected] or 518-751-8265.