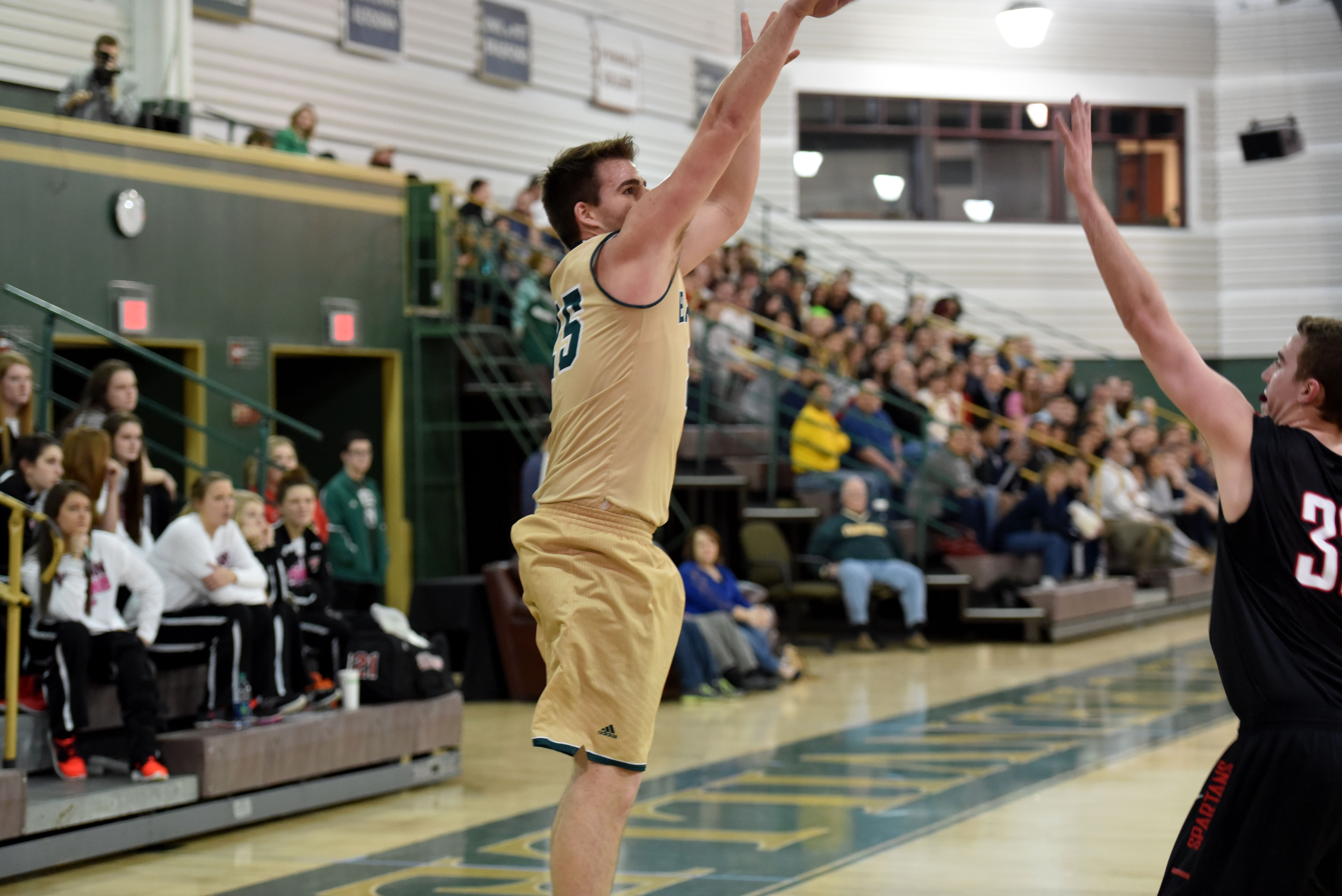 Franciscan University men’s basketball team fought hard to gain and keep control during its last home game of the season against D’Youville College but lost, 84-70, on Feb. 20 at 1 p.m.

Baron senior guard Christian Duke led the game, which had scores of 37-36 in the first half and 47-34 in the second half.

The D’Youville Spartans took control of the game right away in the first half. With eight minutes left in the half, the Barons finally tied 20-20 with a three-point shot by sophomore guard Keoni Sablan, and the Barons continued to fight for control.

With three minutes left in the first half, Duke scored a three-point basket that brought the Barons ahead, 32-27. Franciscan managed to stay ahead until the very end when D’Youville scored the last basket and came out ahead by one point, 37-36.

With D’Youville leading, the Barons continued to play competitively during the second half. Duke scored the first three baskets and contributed 14 points in the half. The senior’s contribution was not enough to keep Franciscan in the game as the Spartans took control.

Duke scored 25 points in his last game in a Barons’ uniform. Fittingly, the senior also led the team defensively on Senior Day with 17 rebounds. Duke was honored after the game for his four years as a member of the men’s basketball team.