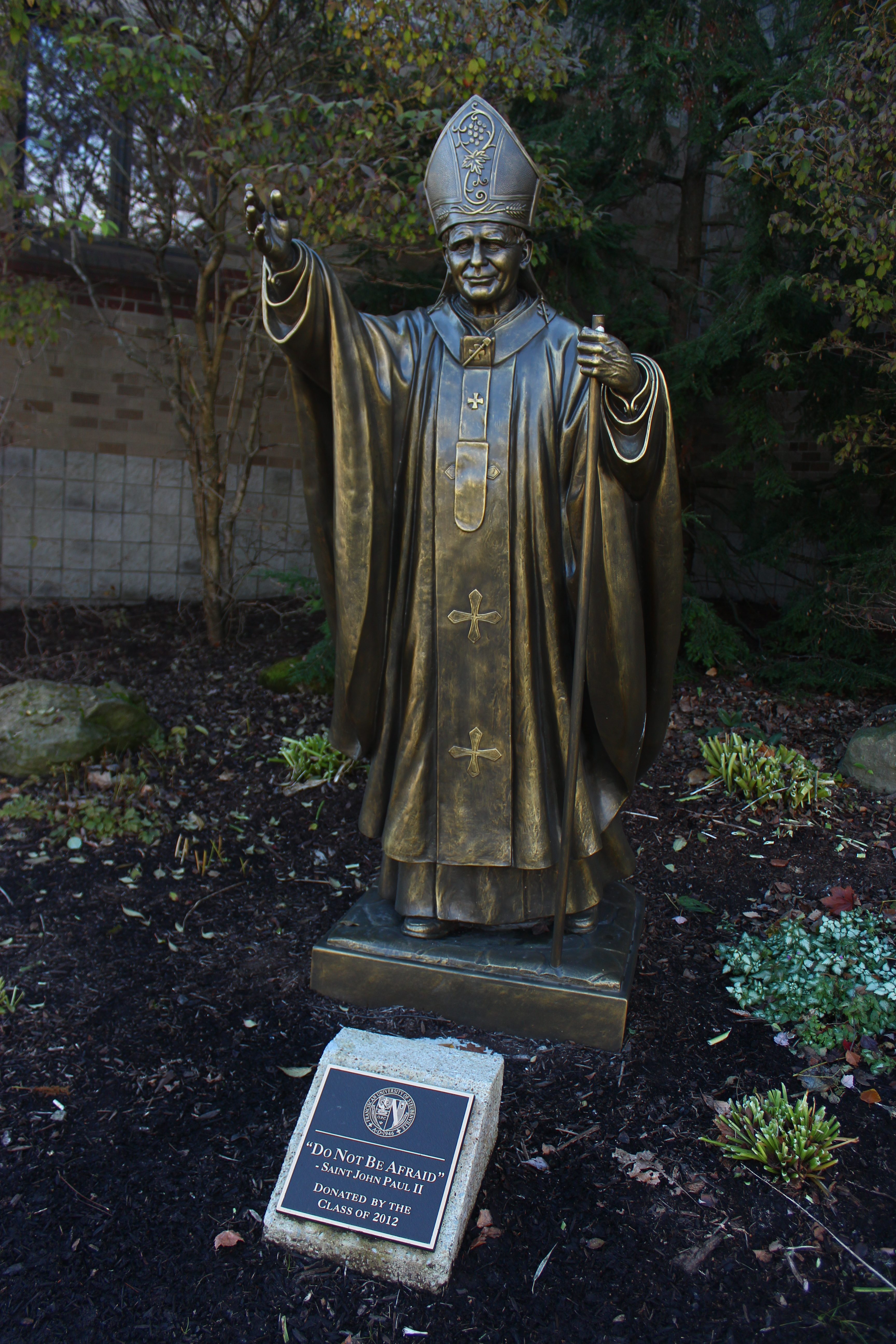 Bryant Mowry, the Contact Center manager at Franciscan University, said that the senior class gift is “meant to be something the senior class chooses as a way to leave a legacy on campus,” said Mowry.

Over the last few years, the senior class gift has been given in scholarships. Mowry is hoping to provide something more lasting this year.

“(Scholarships) are good, because we need scholarship money,” said Mowry. “The only thing is you can’t come back 10, 15, 20 years from now, and bring your kids, and show your kids $1500 in scholarships.”

Mowry said, “We’re looking at something that will make it a little more permanent, like the JPII statue outside the library. Something a little bit more concrete.”

Mowry’s team has already begun collecting ideas of what the 2017 senior gift should be. They already have close to 20 serious ideas. Ideas range from a statue of St. Teresa of Calcutta, to a Divine Mercy mural for the Year of Mercy, to a mini bar or a frozen yogurt machine in the J.C. Williams Center.

“I’d like to do it bigger and better this year,” said Mowry.

Mowry said he reached out to the seniors by attending the graduation fair, where he collected ideas and had anyone who was interested in volunteering sign up.

The plan, according to Mowry, is to gather as many seniors as possible, as well as anyone who would like to volunteer to be a part of the gift, and have them come together and decide the top five ideas for the class gift. Then they will send out an email and set up a survey for the senior class to vote on their top choice. Fundraising will follow.

Because he wants this gift to be personal and unique to the senior class, Mowry says the best way to do it is for seniors to get involved with the planning.

“The seniors know each other a lot better than I know them,” said Mowry. “So it’s more about them kind of going out and spreading the word, and helping. I really want it to be something that is theirs, and something that they can look back on and be proud of.”

Mowry said the point of a senior gift is for the class to have something to be remembered by. He compared it to a high school student who paints a brick on his high school building, and comes back to see it 10 years later.

“The primary aspect is to leave a legacy, to leave a mark,” said Mowry.

It is also a good way for alumni to keep giving to their school after they graduate, and to come back to visit, said Mowry.

Anyone is welcome to get involved with the planning, he said.

“It’s still so early in the process,” said Mowry. “There are probably still really good ideas out there to be given.”

Mowry encourages anyone who is passionate about something, and was unable to make it to the graduation fair, to contact him.

2016-11-17
Previous Post: New evangelization understood in light of mercy
Next Post: Catholic Values Column: Acting with peace in the face of debate