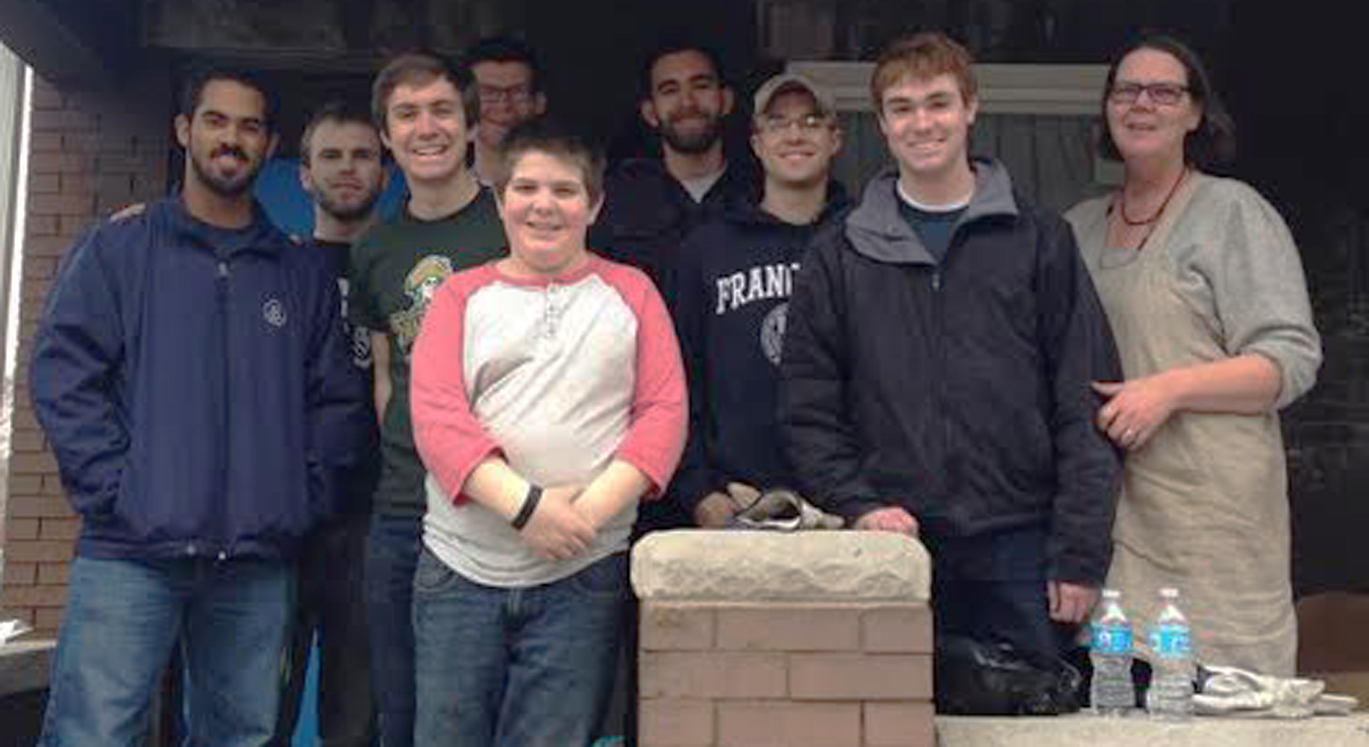 According to most societal standards, a house half-devoid of electrical wiring, plumbing, painted walls and heat would not be described as an “opportunity.”

If Molly McGovern lived by those standards, a central ministry to downtown Steubenville would not exist.

Overseer of the Friendship Room Warming Center in downtown Steubenville, McGovern understands that the work which remains to be done on the housing structure provides an opportunity for the community to unite and, together, to provide for the needs of the poor in the area.

When asked when the house would be fully functional, McGovern answered with a notable lack of anxiety as she responded, “I have no idea. God puts it all together for you.”

And indeed he has.

To date, more than 20 churches in the area have donated time, funds and supplies to the ministry, in what McGovern calls “a great outpouring of support from nearby businesses and the local community.”

The churches that have donated are not all Catholic, but also Protestant and Orthodox, a testament to charitable contribution regardless of denomination.

The Friendship Room Warming Center is currently at half-capacity. One side is a fully functional halfway house for addicts, prostitutes and the poor off the streets. After electrical work, plumbing, painting and the like, the other half will be much of the same, making a difference for those in the local community.

As of today, McGovern said “seven (prostitutes) are off the streets and have been relocated out of state.”

McGovern added that relocation outside of the state was vital for those who benefit from the ministry’s services, especially for prostitutes, in order to begin a new life elsewhere and to leave the past behind.

Franciscan University’s Seraphic Valor household has had the honor of participating in the Friendship Room Warming Center’s transition into a fully functional shelter.

Jack Bruce, coordinator of Seraphic Valor, said that the outreach itself fits perfectly with the household’s existing covenant — one based on ministry.

“We are so thankful to be given this opportunity and look forward to serving for years to come,” said Bruce.

He added that “with the help of the angels” and with the influence of St. Francis of Assisi, it a sacrifice well worth the effort.

Through it all, the desire to minister to those who need help drives Seraphic Valor, Molly McGovern and all who donate their time, money and provisions to the ministry.

McGovern herself best sums up that motivation not only in her words but also her actions. Without her, the ministry would suffer. With her prayerfully at its helm, the outreach thrives and continues to expand its influence into previously unaided sections of downtown Steubenville.

“The face of Christ is right here,” she said.