“She Loves Me” brings real life love story to campus 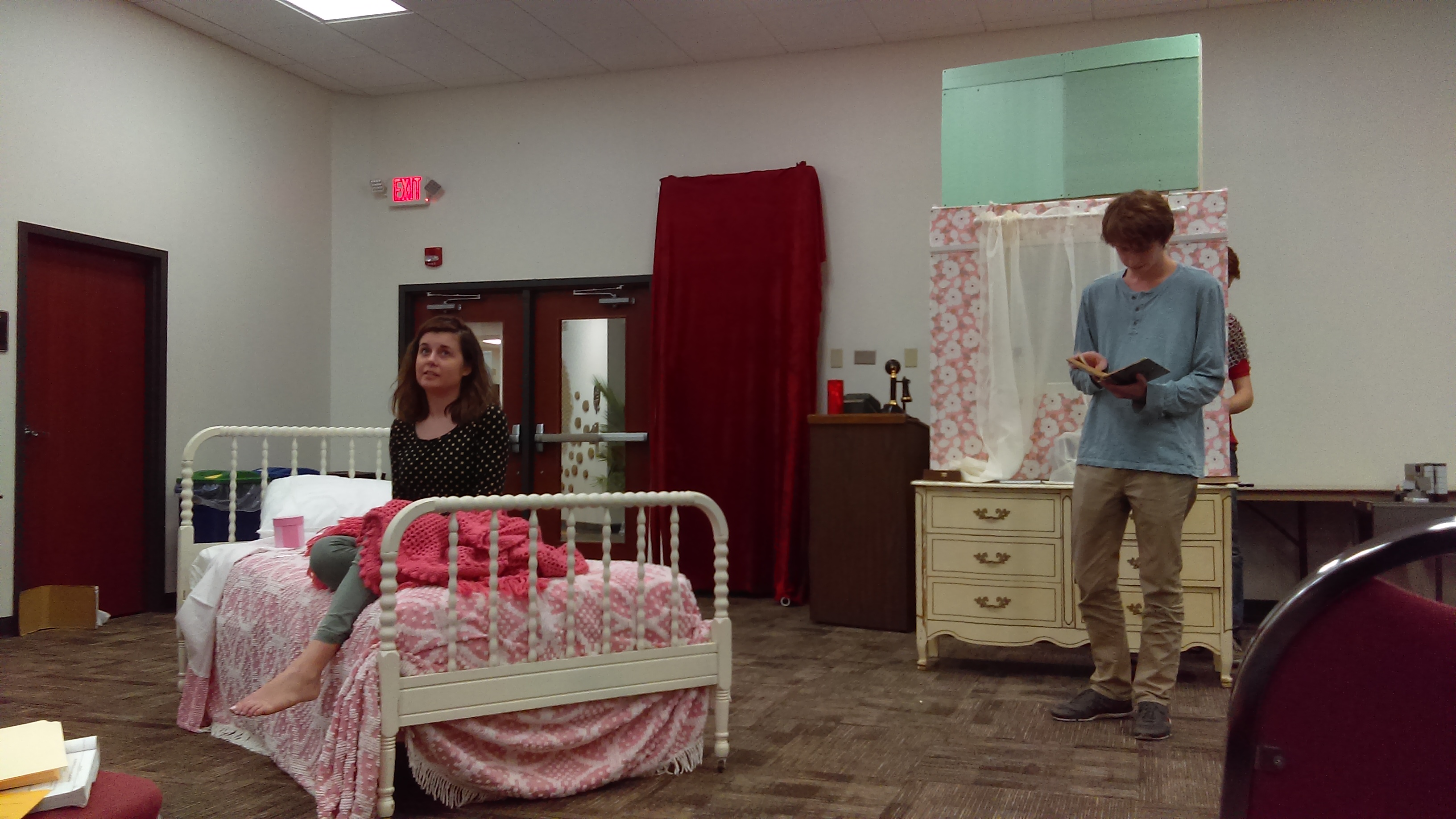 In the words of director Patrick O’Brien, Franciscan Musical Theatre’s newest production is “a really beautiful hidden gem of musical theatre.” This semester, the Troupe is presenting “She Loves Me,” which was revived on Broadway in 2016.

O’Brien, a junior also playing Kodaly, said, “We were looking for something that would showcase a fair amount of principles but really highlight an ensemble of talented singers as well.” The cast consists of 20 students who range from freshmen to seniors.

The Troupe was approved as a student club last fall and put on its first production, “Into the Woods,” in the spring. It continues to build itself up into excellence with a lighthearted piece this semester.

“I fell in love with ‘She Loves Me’ because (it’s) what I would describe as a fantasy in real life, a waking daydream,” said junior Matt Wagner, creative director. Wagner handles sets and costumes and oversees music. This semester he has directed sophomore assistants Luke Ponce and Gabriella Carrizales to teach members of the cast their musical parts.

“I loved the story, and the music is brilliantly written, for all types of singers, (with) a vast musical diversity,” said Wagner as his reason for picking the musical. “…(it has) a really magical classic Broadway quality that makes it a gem.”

The biggest difference about this show compared to the last, said O’Brien, is how realistic and light it is. “It has some serious moments, but it’s a romantic comedy.”

“There’s people in this show you could meet every day,” said O’Brien. “This show is all about love. The music is so sweet. (The authors) wrote the lyrics like how people speak. … It’s poetic, but it’s not dense or hard to understand. … If life were a musical, this is how people would speak.”

Wagner echoed similar thoughts. “I want people to see the magic in the ordinary. This show is about very ordinary people who are very realistic, wonderful amalgamations of stereotypes which are lived. I want people to feel like this could happen in their lives.”

The show differs from “Into the Woods,” according to Wagner, especially by its setting. “This show is set very firmly in 1934, so my job as a costumer is to recreate the 1930s as realistically as possible, and this is difficult because the 1930s are an era which is not often reproduced.”

Additionally, the type of staging differs from the round theatre employed by the Troupe’s last show, said Wagner. It’s staged in a thrust style, with audience members on three sides of the performers with the opportunity to have a more traditional set, which requires flats and furniture.

Regarding music, Wagner said that most rewarding has been working with some of the actors, especially those who haven’t had much acting experience. He described it as “a very interesting opportunity to hone my craft of being someone who might eventually take on voice students.” He said he loves seeing how people grow into their roles.

Freshman Ethan O’Nan, playing Arpad Laszlo, is “so excited to be cast as Arpad. When I was learning about the characters, I just knew that … my life is Arpad. It just seemed like a perfect fit.”

O’Nan, for whom this is the first musical he has performed in, shared that “learning to combine the singing and the acting together” has been difficult. “You have to have the breath support to sing well, but in my character especially, he’s very energetic and moving a lot, and it’s hard to keep that oxygen when you’re moving around. … It’s been a growing experience for me.”

Senior Amy Scharfenberger, playing Ilona, has also been stretched “to go outside of my usual vocal range and to learn how to belt,” she said. “But it was all really worth it, and I developed so many great skills because of it.”

For Scharfenberger, it has been a pleasure “to watch the whole cast flourish and come together and make something so wonderful happen.” She especially enjoyed watching everyone’s hard work pay off.

O’Brien was also impressed by the cast. “The people that are in this show are so full of love and they’re so sweet and it’s so faith-centered,” he said. This group of young people really get what it means to be a man or woman of the Church.”

Essentially, O’Brien boiled “She Loves Me” down to the importance of love in decision making. “I would want people to walk out feeling more confident about the decisions they make in the way they treat other people. … As Catholic men and women, it’s so important to take a second and make sure you think through your actions so you can do the right things,” he said.

Wagner hopes that by means of this show, the Troupe can “enrich our campus life, since Appalachia is an art starved area … reach out to the community … spread the arts and glorify God through what we can do with our music and our talents.”