Siemens promotes living out Franciscan virtues in all places 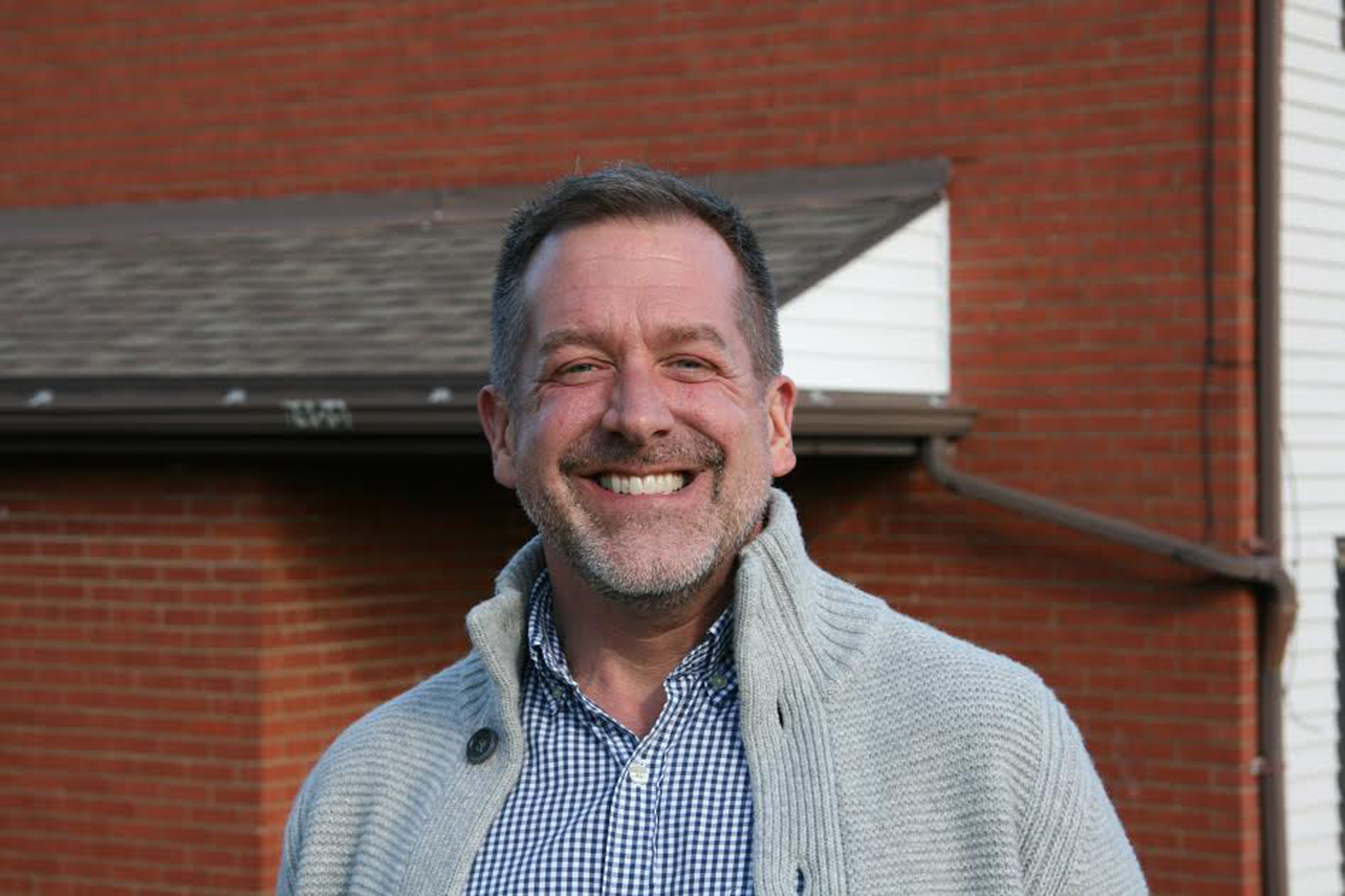 Bob Siemens moved to Steubenville because of a postcard and a feeling. Out of work and in a new Colorado house with a growing family, Siemens and his wife elected to move to Ohio without a waiting future. The story behind his family’s move from Colorado to Steubenville, he said, is one of God’s graces.

The family received in the mail an alumni postcard from Franciscan University. Atop the invitation was Genesis 28:15, in which God tells Jacob in a dream that he will be called to return to his homeland.

“I feel like God put a mission on my heart,” said Siemens, now the director of the Office of Evangelization on campus. He lives daily what he described as “a dream job.” Openly, he admitted, “I never thought I’d be back here.”

Siemens directs an office which embodies a mission statement nothing short of sainthood. “I try to provide encounters with God’s love,” he said. “In particular, I challenge men to embrace and to risk authenticity, intimacy, and magnanimity (greatness of soul).”

The practical application of these virtues is manifested in events like the monthly Men’s Ministry Drink and Discuss, as well as the recent symposium, The Gift of Human Sexuality, all of which Siemens said “encourages authenticity with self, with God, and with others.”

His additional role as spiritual director, in part, Siemens has to thank for his current position. In Steubenville as an office manager, Siemens voluntarily began spiritually directing students on campus. The Rev. Nathan Malavolti, TOR, and Vice President of Student Life, David Schmiesing, approached him about a job opening on campus, one Siemens readily accepted.

Each of Siemens’ five children was born in a different state. The nature of Siemens’ role as a facilitator of evangelization has necessitated constant movement. However, Siemens said the constant shifts allowed his family to gain “a worldly perspective,” and to appreciate the humanity which exists “outside of Franciscan.”

To see his children begin their own unique experiences at Franciscan University, Siemens said, is such a positive, especially because the influence first had a profound effect on his own manhood. “This university helped shape me, helped me to grow. To be able to entrust my kids to this university? I love that.”

He stressed again the true blessing of an opportunity which his role at Franciscan University provides to him, not only for his spiritual life and those of the students, but for his family. He expects more of the same in years to come, to continue wholeheartedly the work of his office, “to continue to walk with people, to help them be rooted in prayer, to help them have constant conversion in their lives.”

When not intensely promoting the virtues of his office, the avid Star Wars fan loves working in his garden. He added that he reads “anything from science fiction to theology” and listens to music that is “classical to country to praise and worship.”

Siemens has led past pilgrimages to Rome, and estimated he’s been to “at least five World Youth days.” Still, he looks forward every day to the time he can spend with his family. Said Siemens, “I love being at home, in particular with the whole family there.”

Through it all, Siemens, who attended and met his wife at Franciscan University, said he could not be happier to provide for students the same opportunities that were afforded him when he was a student on the same campus. “The way we live here is the way that all of humanity should live,” he said. “We need to bring what we have here to the rest of the world.”