Signage project seeks to replace and add many signs around campus 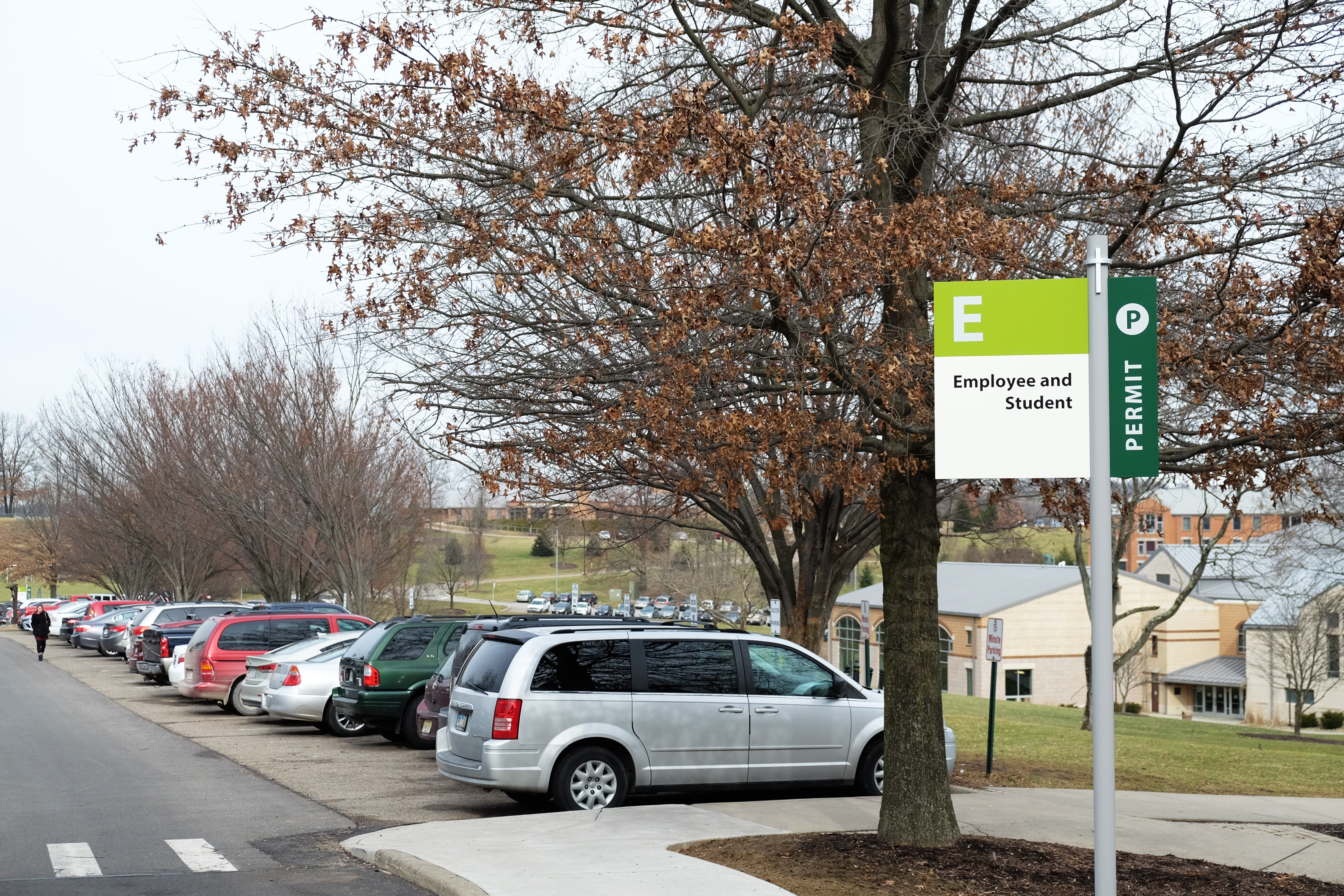 If students and faculty have been observant, they may have noticed some changes to campus that happened over Christmas break. Physical Plant has been busy renovating and replacing signage around campus throughout this winter.

Joseph McGurn, director of Physical Plant who is involved in all of the projects on campus, explained that this project has been in the works for about four years. Years ago, the university began drafting different versions of signs of different samples and colors. The university then began meeting with various signage companies and having them quote the package.

“There are a lot of signs on campus that were intended to be temporary,” said McGurn. “They did not speak to the high quality of the university. We wanted to upgrade that image for years and found the right team to work with.”

McGurn pointed out that the old wooden signs on campus were referred to as “Camp Franciscan Vintage” by some of the faculty.

According to McGurn, “We worked with the management team going through every location, deciding where to put signs and what the best design was. You don’t want a sign to say too much because it is pollution and just noisy.”

The university chose Guide Studio, a consultant out of Cleveland, along with ASI, a signage vendor to help with the project. Ben Wetmore, an architect from MCF Architects out of Pittsburgh who has been a part of many Franciscan University projects, also provided input. A number of people in the university from various areas of the campus worked together to look at the project as it went along and give input.

At the end of October, Physical Plant stationed little white flags around campus, indicating where a new sign would go. Signs started going into the ground over Christmas break. Most of the signs that have gone up thus far are signs in each parking lot stating who can park there. There are also some new letters put on buildings around campus. However, this is phase one of a multi-phased project the university has in mind.

“Vehicle directional signs, parking lot IDs, pedestrian signs, building letters, a new sign on the Fieldhouse, a new main entrance sign and guest parking signs that have the ability to display who they are reserved for, such as the bishop or guest speaker, are just some of the signs coming,” McGurn stated. He also noted how vehicular and building signage was the first to be put up because it is more relevant to students rather than the pedestrian signage.

“You have just seen a glimpse of what is coming on campus,” said McGurn. “There are well over one hundred places where signs will go in addition to buildings. If you see signage up that does not make sense or does not look like it is in the best position on a building, just stay tuned. More signs are coming that will fill in the gaps which will make more sense.”

In addition to the sign project, McGurn mentioned that over Christmas break, the Egan Hall renovation and construction of the plaza and the furniture have been finished. The university is also preparing to release a contract that seeks to change the old Best Western into a male student dorm ready by August 2018.

McGurn added that “this is the only project at the moment, but tomorrow can be a different story. We are constantly looking at improvements to campus.”