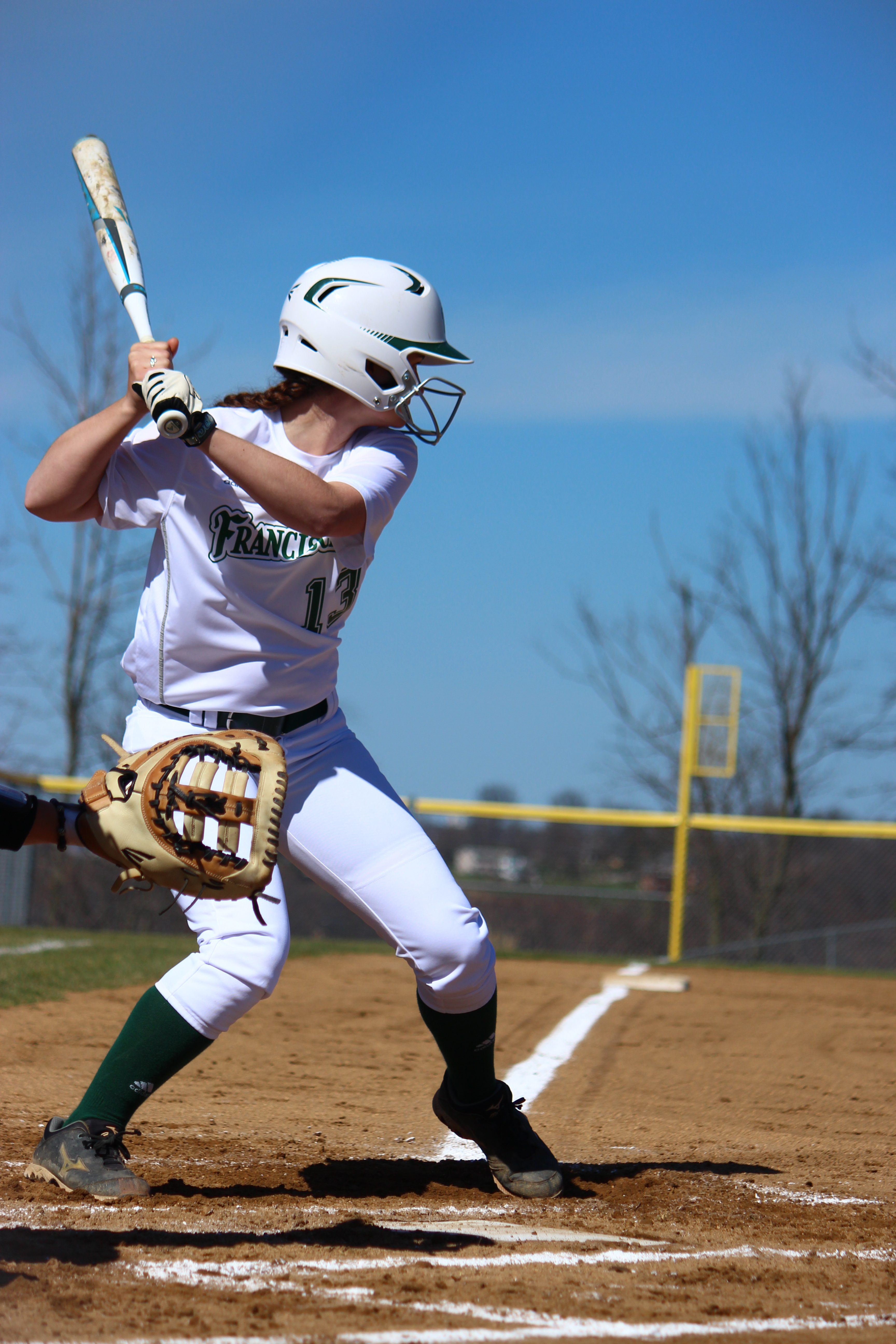 In their first game of a doubleheader March 29, the Franciscan University softball team proved too much for their La Roche College competition, walking away with a decisive 3-0 win.

Just after 3:00 p.m., both teams took the field to begin play. After three consecutive Redhawks groundouts at the top of the inning, the Lady Barons got the scoring going early, registering a run in the bottom of the first off a Kayla Anderson double into right field. The freshman catcher’s RBI sent fellow freshman outfielder Kathleen Thompson across home. Anderson later advanced to third, but was left on base to end the inning.

After shutting down all Redhawks scoring opportunities again in the second, the Lady Barons added to their lead in the bottom of the inning. This time, freshman second baseman Anna Fluharty’s astute base running contributed to the score.

After singling to center field and advancing to second on a Lindsey Finch shot to right field, the freshman stole third. When senior utility player Anne Pivarunas struck out swinging, eyes turned to second as Finch attempted to steal. When La Roche sent the ball toward second, Fluharty took off for home, avoiding the tag and giving Franciscan the 2-0 lead.

Freshman shortstop Dennise Carrazco forced a walk in the bottom of the fourth with the bases loaded, scoring sophomore third baseman Anna Ames. This third score gave the Lady Barons their final run on the afternoon.

Pitcher Jordan Cunningham contributed a complete shutout. The senior only surrendered two hits, holding La Roche scoreless through seven innings, on 22 batters faced. She pitched a perfect game through five innings. Her single into center field in the fourth inning, and a sacrifice fly in the fifth, also put runners in scoring position.

Cunningham’s fourth earned win puts Franciscan at 6-8 on the season. The team is already showing signs of massive improvement over last year’s winless season. They next take on the Medaille College in a doubleheader on April 8. The first game begins on campus at 1:00 p.m.