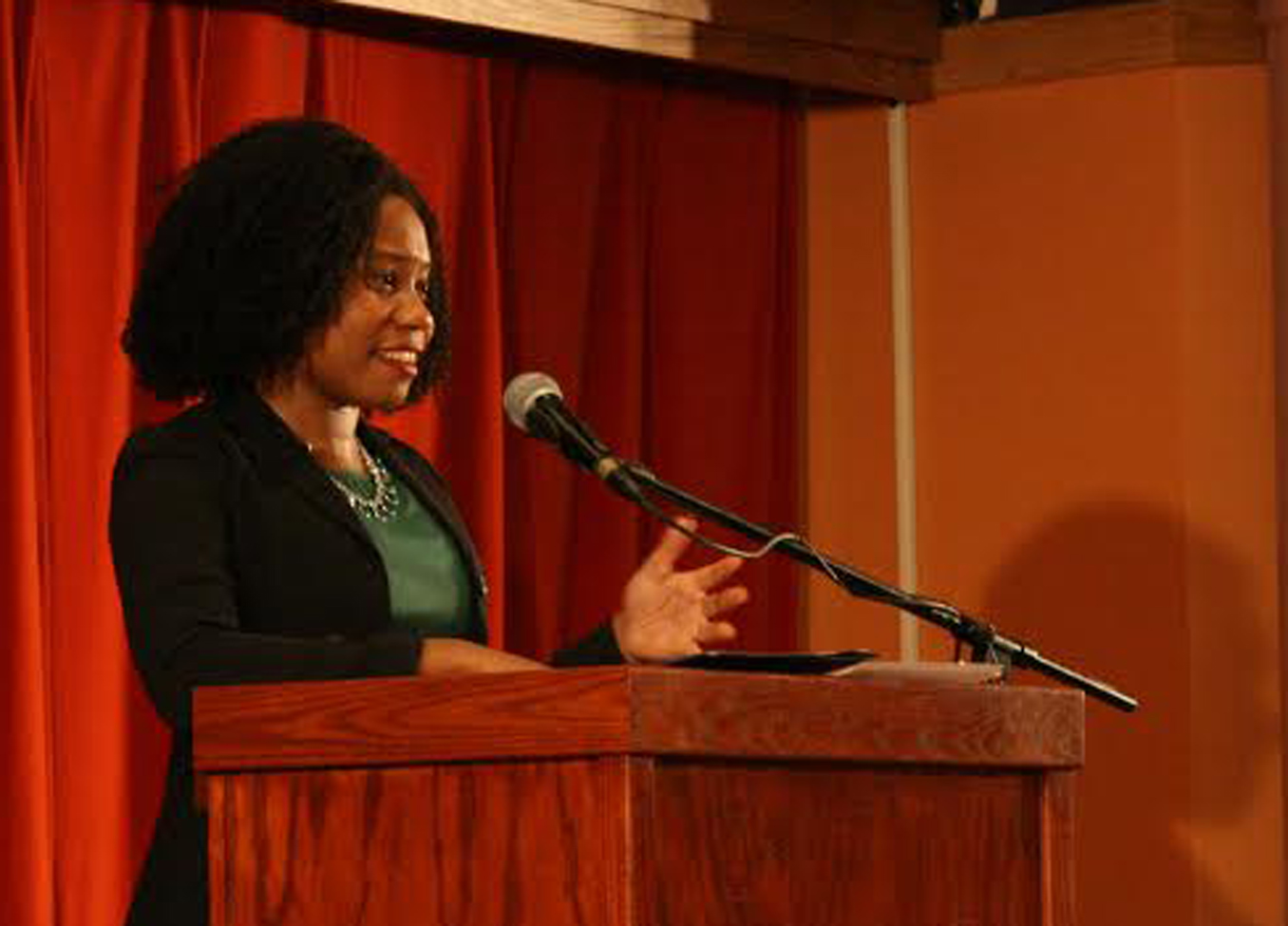 A pro-life activist gave a talk on the effects culture can have on abortion rates on the evening of Oct. 3.

Ifoema Anunkor, of the Human Life Reviewer, spoke on “Changing the Culture that Creates Racial Disparity in Abortion Rates.” Anunkor worked as a child advocate in Harlem, and discovered that Planned Parenthood has a stranglehold on services for inner-city mothers.

Anunkor began with the connection between the abortion rights movement and the eugenics movement of the 1930s-40s, which sought to eliminate “inferior” ethnic groups. Planned Parenthood founder Margaret Sanger singled out African Americans as a race she wanted exterminated, and through deception her clinics infiltrated black communities with the blessing of their leaders.

Anunkor described inner cities throughout America as places where poor black and Latina mothers easily lose custody of their children and often can’t regain it without accepting services from Planned Parenthood. Women feel pressured to abort in order to keep the children they already have—even though working-class blacks and Latin Americans are the most pro-life demographics in the country.

Yet, she said, minority voters are suspicious of the pro-life movement because it is usually represented by Republicans, who often dismiss poverty, police brutality, and other minority concerns.

Anunkor invoked Cree Erwin, a young black woman whose death after a legal abortion was covered up by the media. She praised the growth of the pro-life movement among the youth and encouraged it to reach out more to the African-American and Hispanic communities.