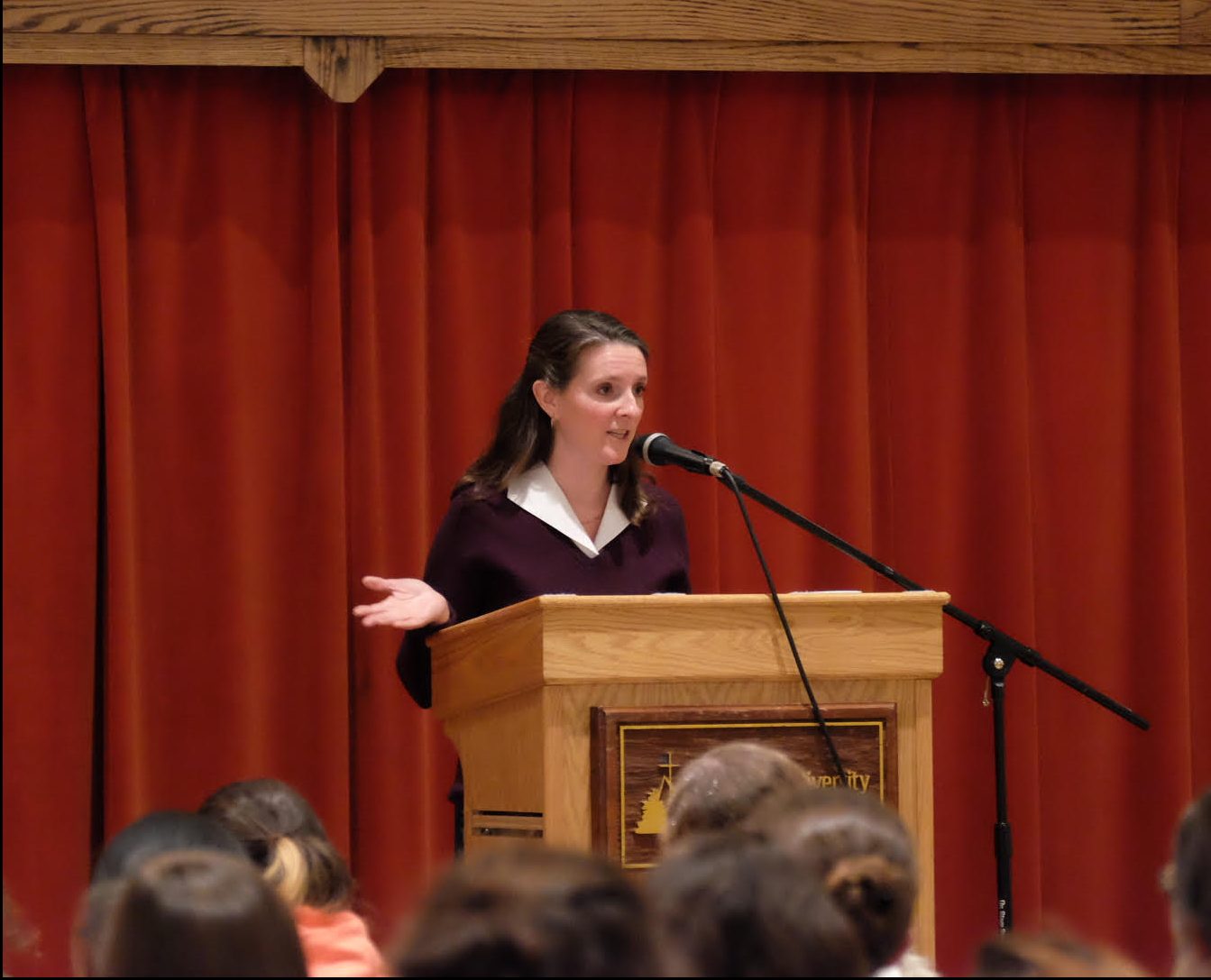 Starting Lent off right, Franciscan University Women’s Ministry invited a speaker to present to the women on campus about fasting and frustration on March 2 in the Gentile Gallery.

Michelle Asci gave a self-described mom’s approach to fasting and Lent, which included some practical advice to avoid trying to “out-Lent” others.

“Lent is supposed to be a time of transformation,” Asci said, not simply self-improvement.

Asci said fasting has always been a struggle for her, but that several experiences have helped her better understand Lent’s purpose. Witnessing the intense sacrifice of one of her Byzantine friends opened her eyes to the transformative power of fasting, she said.

Asci said Lent is not about suffering until Easter or about making the biggest sacrifice, which often obscures the point.

Instead, “We want to be more like Christ at the end of Lent. That’s where the joy is,” said Asci.

Lent is like “Catholic spring cleaning,” she said. “It’s a time for us to look at ourselves and look at all the garbage that we can just get rid of.”

Lent is a time to exercise the will, which is the heart of love, said Asci. The will is required to love, and if exercised in small things, it is prepared for big things. Like all exercise, said Asci, this is difficult, but slowly becomes easier and eventually a joy.

“It’s easier to sacrifice for someone that you love,” said Asci. “He’s already sacrificing for us. He sacrifices for us every day on the altar.”

The goal of Lent is not to simply suffer, but to suffer to become more like Christ, said Asci. The goal is to be transformed, so that Easter can be enjoyed to the fullest.

“Lent is what we should always be doing,” said Asci. “It’s called conversion.”

Freshman Angela Doucet said she enjoyed how Asci’s talk was “gentle but poignant.”

“I didn’t feel like I was getting talked at by a professor,” said Chinchilla.