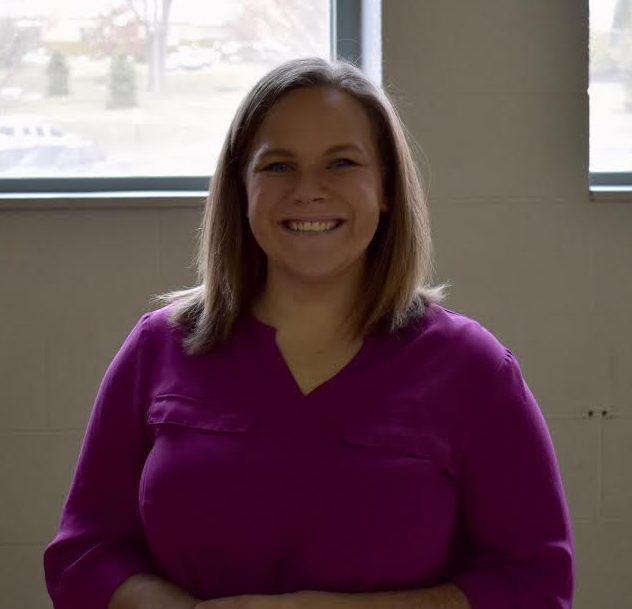 The sports information director at Franciscan University spreads news of students athletes while being a living example of the Christian faith and spreading joy across campus.

Mary Raskob, a 2009 alum of Franciscan University, has been working as the sports information director of Athletics Department of the university for the past two years. In this position she is the head of the communications for the Athletics Department. She writes many of the articles on university sporting events and features on athletes for the Franciscan Athletics website, manages the site, does promotion for athletics, puts together stats and creates post-game reports.

“Every day is different, which I think is one of my favorite parts about this job,” Raskob said as her two-year-old son played about her small office. “One big thing I’m doing right now is creating record books for all of our teams.”

Raskob said, “I’m not doing the same thing every day, so I don’t get into the monotony of just filing or typing. It’s a lot of fun.”

In addition to office work and writing Raskob said she attends most of the university sporting events and then creates the stats for the games. She said she particularly enjoys this and working with stats is it what first got her interested in the field.

“My original position at Franciscan, my SWOP job here, kind of launched my career and that just led me to finding doors that opened and then two summers ago this position opened,” Raskob said. “It was just perfect timing, I was in transition with work, at that point my plan was to move home for a little bit and then this job came up right at the perfect time.”

She added, “It was really God’s timing. It was meant to be, it all worked out really well.”

Raskob majored in theology and catechetics while at Franciscan and did not start working in the Athletic Department or in communications until the beginning of her senior year. She entered into the field post graduation through a two-year grad program at Frostburg State University and then worked several different sports information jobs throughout the country.

Raskob said she believes that this is where she is meant to be and that she doesn’t regret her major, but feels that it has been beneficial in her career.

“I’ve learned a lot on my way and I wouldn’t trade my theology classes for anything,” said Raskob. “It was my favorite part of college, and catechetics is a cool major, because you learn how to communicate with people anyway and you learn to reach people in a different level and I’ve used a lot of things I learned in those classes in this job.”

“One big thing that just sat on my heart while I was trying to make this decision of what I wanted to do was that you can minster wherever you are,” said Raskob. “Living a different life is ministering enough for what I want to do, just to be an example.”

Raskob said that the university students are what makes her job what it is.

“We might not always win, but there’s definitely nowhere else I’d rather be, especially right now in life, then here, just because of the students,” said Raskob.

“It’s a really truly special place to work and to live and to be a part of that, I couldn’t imagine being anywhere else,” said Raskob. “I love it so much here and I’m inspired by what our students are doing everyday.”