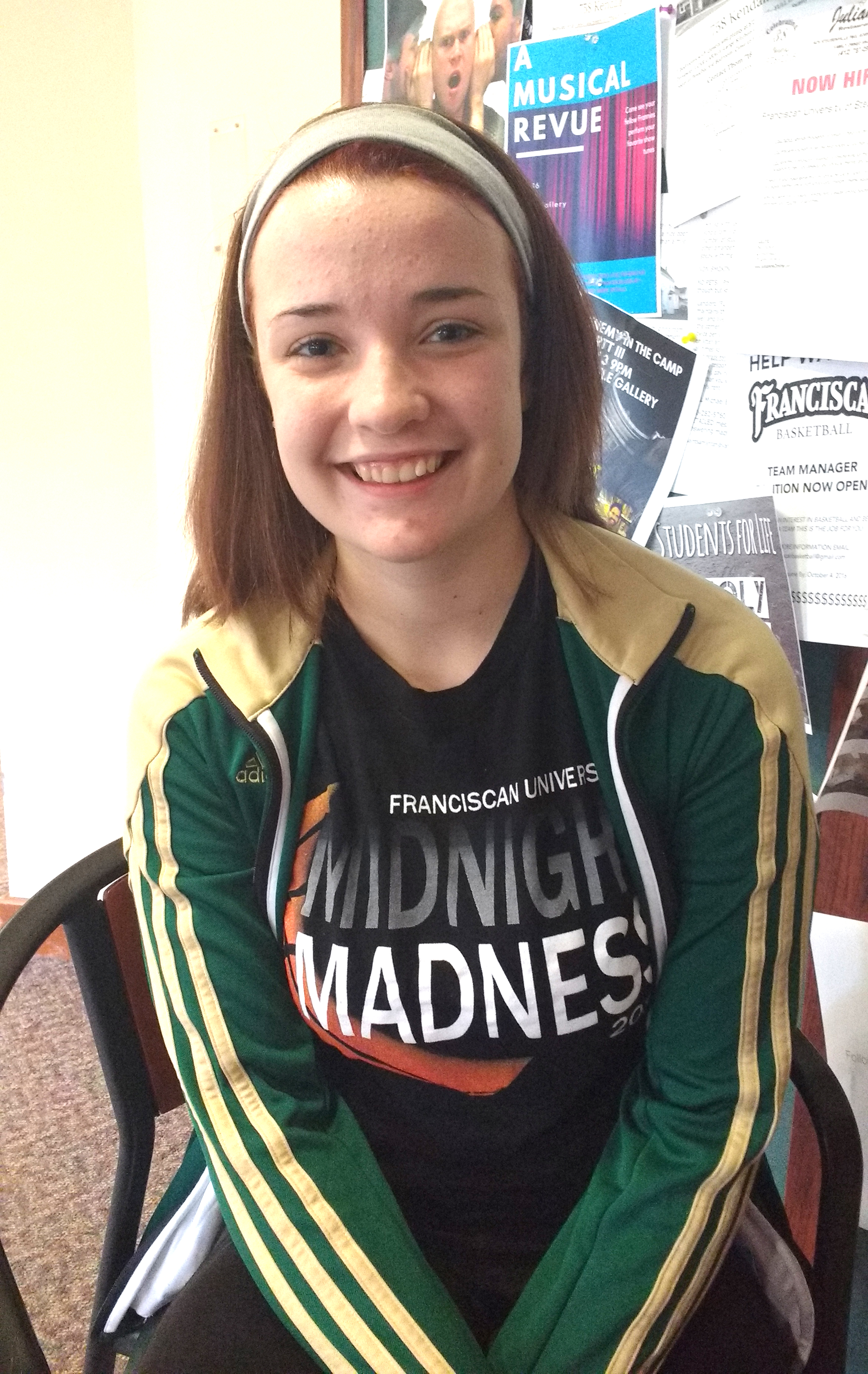 Freshman Colleen O’Brien has already made an impact on the women’s swimming and diving team in just her first semester at Franciscan University.

After quitting gymnastics at age 10, she said she “went to the pool and just started flipping off boards.” Her initial love for gymnastics has translated well into athletic success on the team, and she says she is only improving as the season progresses.

The gymnast in her, O’Brien said, has wanted to dive at Franciscan since she saw the team advertised on a classroom chalkboard. However, her transition from the floor to the pool has her still fine-tuning a technique that already exists. “I’m still trying to get down the head-first concept,” she said, “because gymnasts don’t go head first.”

Her coach, Joe Duran, has her perfecting front dive pikes, back dive pikes, and front one and a half tucks, but her favorite dive is the front layout full twist. His instruction, she said, has allowed her to overcome what she calls “insane mental blocks.”

“You know your body can do it, and your body knows it can do it,” she said. “I just go for it.” She said that these mental blocks have become easier to overcome as the season has progressed, as she has become more sure of herself on the board. She said, “I like diving, so it all works out.”

The Lady Barons swim and dive team will resume competition in January.

2016-11-18
Previous Post: To break a tie
Next Post: Founder of Catholic non-profit encourages students to thank God for crosses and forgive daily