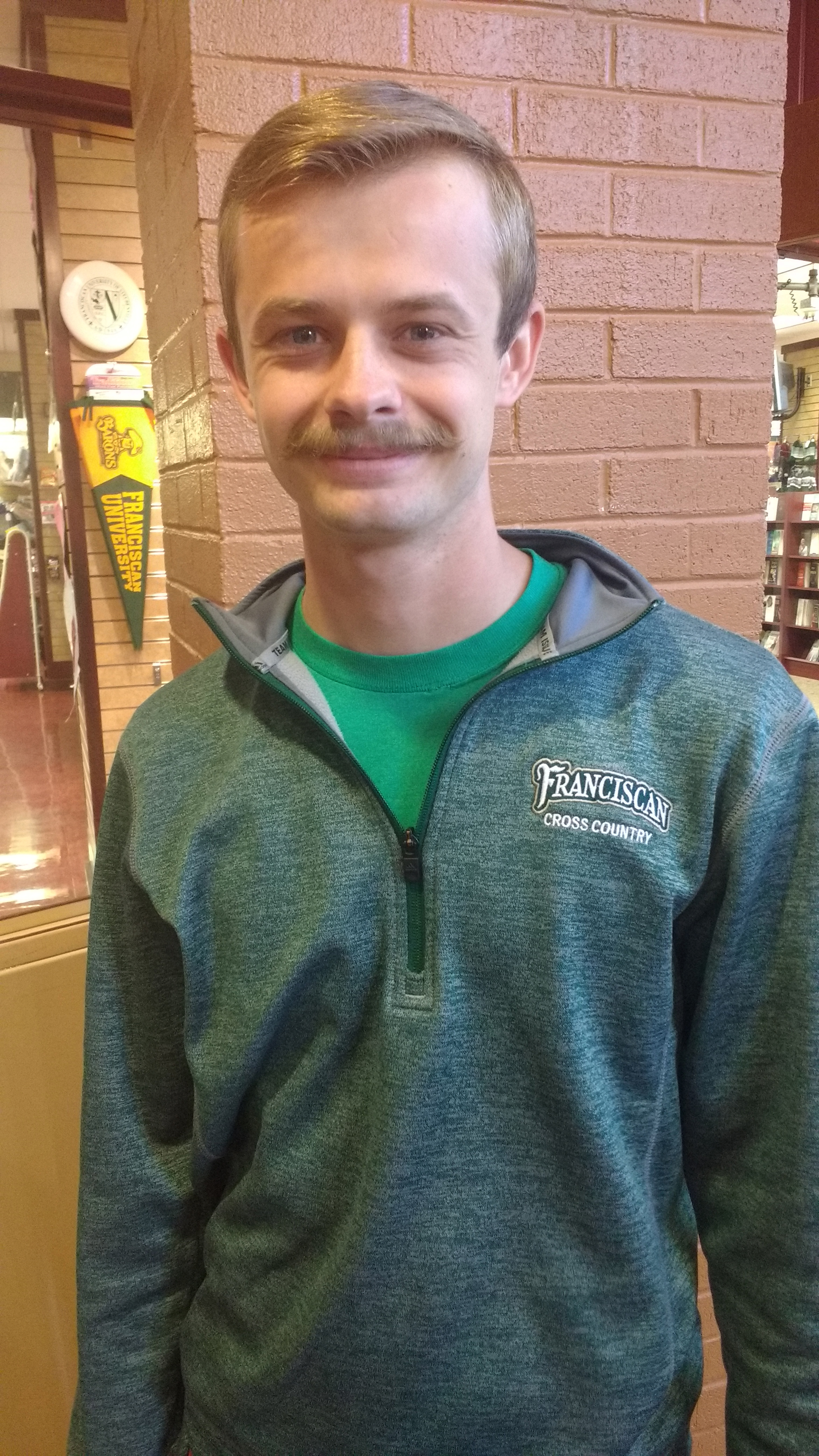 Instead, he played 12 years of hockey.

The senior accounting major thus has a unique take on pain and its effects on a close-knit team. “You endure pain together,” said Scott of the men’s squad, recent recipient of the AMCC Peak Performer Award, “but you also achieve success together.”

Scott said he enjoys the 8K, a distance which characterizes cross country, in part because of the motivational tactics of the Rev. Gregory Plow, T.O.R. “Father Gregory always pushes us to offer the pain up for God,” said Scott. “When he comes to the meets, (Plow) literally screams at us to offer our pain for the pain that Jesus endured for us.”

The opportunity to “push myself physically” and to “build team camaraderie” is what Scott said makes the Franciscan University men’s cross country team such an inviting atmosphere.

The environment “forces us to be self-disciplined,” Scott said, a mentality which lends itself to “scheduling, homework and studying, as well as daily prayer time.”

A team, which concluded its season in November at the MidEast Regional, will undoubtedly depend on the discipline and the fellowship cited by Scott, as they chase not only AMCC honors but honor in faith itself.