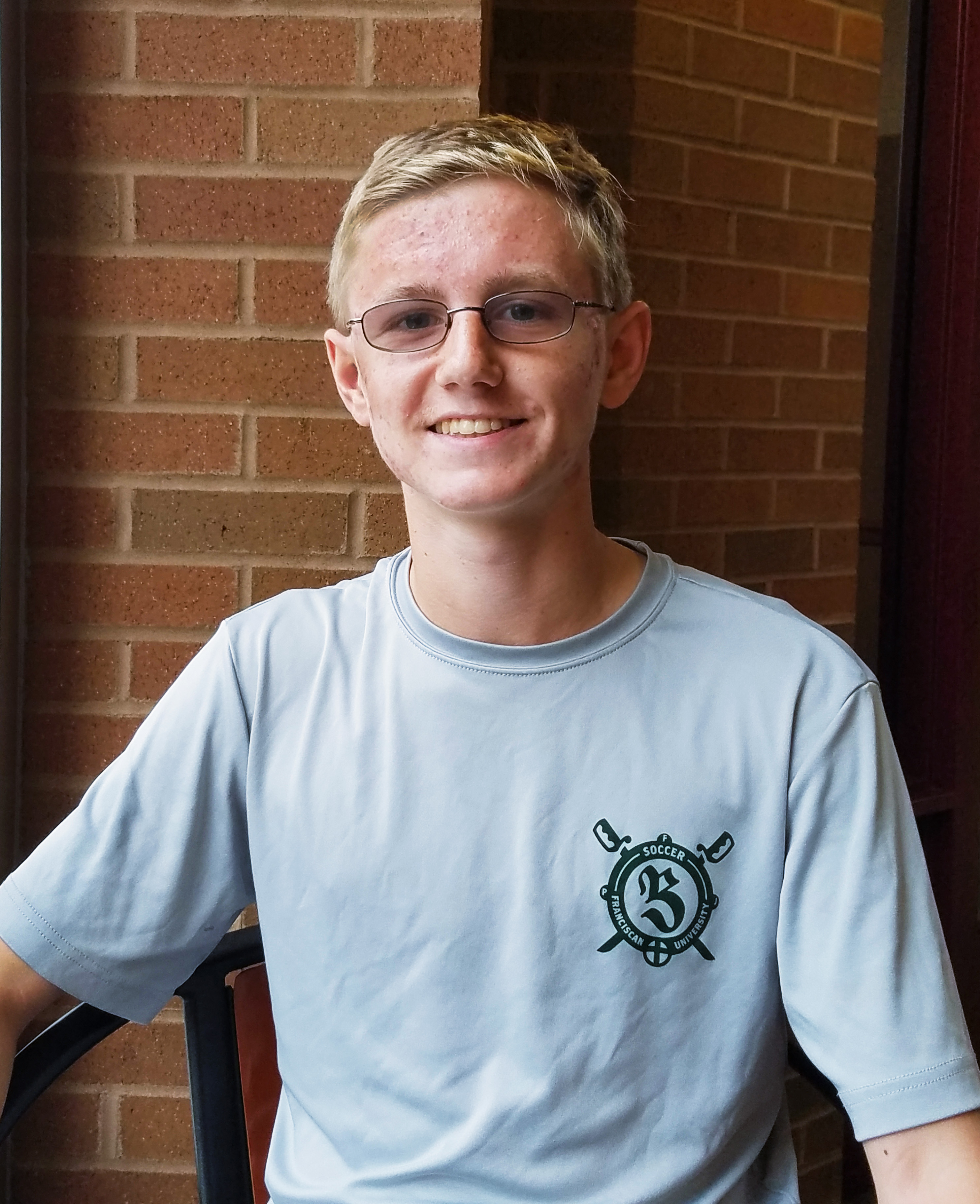 As it turns out, it took freshman midfielder Sebastian Koehler exactly three minutes and 10 seconds to acclimate to Franciscan athletics. He buried a deflection for his first ever Div. III goal in his first ever collegiate action, on a day when the team matched a program best eight goals against Hilbert College.

Majoring in both accounting and finance, Koehler hails from Ashburn, Virginia, where Seton Home Study School and Leesburg Christian School had him all over the books and all over the field, respectively.

His high school play, he said, was characterized by a willingness to play wherever he was inserted, in particular as center midfield. He said, “I would go everywhere on the field; we had a group of travel players and rounded-out athletes, rather than pure soccer players.”

“In high school, I also played for different club teams,” said Koehler. Midway through high school, the future Baron shifted positions, no longer anchoring his center midfield position, instead operating as more of an outside wing. He would spend select time at the forward position before graduating.

Koehler said his love for the sport is anchored in its cooperative and tactical aspects. “I enjoy soccer because it’s a team sport. You never feel like everything counts on just yourself,” he said. “In particular, you’re constantly making decisions, rather than sports where you’re standing around. Even as a goalkeeper, you’re constantly looking at the field, identifying how the play is going” said Koehler.

Crediting the team’s senior leaders for a smooth transition from high school to collegiate soccer, Koehler said he aims to get better as a soccer player and as a person, and to be more constant on the field as well. Ultimately, Koehler said he aims to add a conference championship before he graduates. So long as the freshman continues to mature, Franciscan’s trophy shelves may soon bear the weight of his team’s future accomplishments.