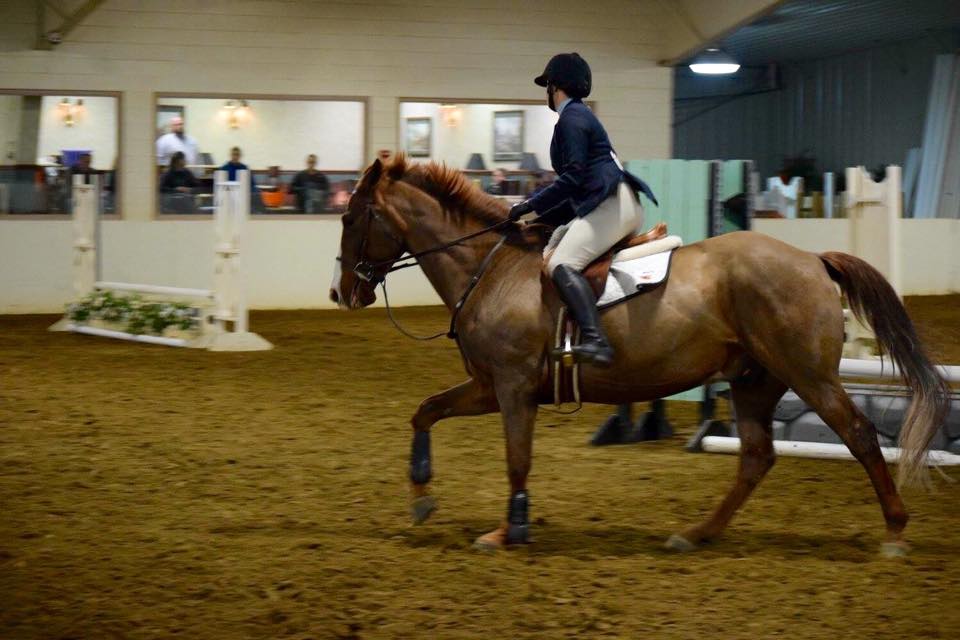 Among the many extracurricular activities of Franciscan University students, one club is geared toward all horse-loving students on campus.

The Franciscan Equestrian Club was founded so students would have the opportunity to experience competing on a team of equestrian riders, who are out there, not to win, but for the experience, said Suzann Prushinski, founder and president of the Equestrian Club.

The Equestrian Club is more like a team than a club, said Prushinski.

“It has been a dream of mine to go to a college that had a team,” said Prushinski. “So, after a couple of years of work, I just decided to start it. … God just carried us because we had seven riders that first semester.”

Prushinski said the team officially began in the fall 2015 semester.

As a team, the Equestrian Club travels three to four times a semester to compete in different horse shows in the Ohio region, said Prushinski.

“We are competition-based,” she said, “and travel around the region competing in horse shows, so it’s just a great opportunity for people who all have a love for horses to come together and have the opportunity to just, like, showcase their love in the show ring.”

No past experience in horse riding is required, said Prushinski.

All equestrian team members take riding lessons at B-mar Performances Horses, located 15 minutes outside of Steubenville, and the team’s coach is Marissa Gump, who also travels to all the shows with the team, she said.

Prushinski said that aside from riding lessons, a weekly meeting and several shows per semester, the team also does different fundraisers.

One of the most popular fundraisers is trail rides, she said.

The Equestrian Club took about 50 people to Faith Ranch for a trail ride on March 19, said Prushinski.

“It’s really great,” said Prushinski, “because it generates interest, and people can see if they like being on horses or if they’re terrified of horses.”

Prushinski said it also helps people realize there is an equestrian team in existence.

Another popular fundraiser, said Prushinski, is Online Auctions, through which the team has local businesses to donate merchandise to be sold online to raise funds for the Equestrian Club. The members have sold everything from saddle cleaning supplies to gift cards, she said.

But the biggest focus of the Equestrian Club is not its fundraisers or shows, but the experience of being on an equestrian team, she said.

“It’s really, really easy in the horse world for everyone to be so ribbon and competition-driven based,” said Prushinski. “What I love about our team, and something that we really, really foster is just good sportsmanship, for the sake of fun. We’re not in it to be the best or beat out everyone else … because it’s not about winning. It’s about having fun and just creating these bonds. Obviously, when you’re in a group where everyone loves the same thing, the blood runs deep, and it’s just an amazing opportunity.”

The Equestrian Club will be having an information night on April 21 at 8:30 p.m. in the Fireside Lounge in the J.C. Williams Center, said Prushinski.