Student hosts panel on Christian art and the human person 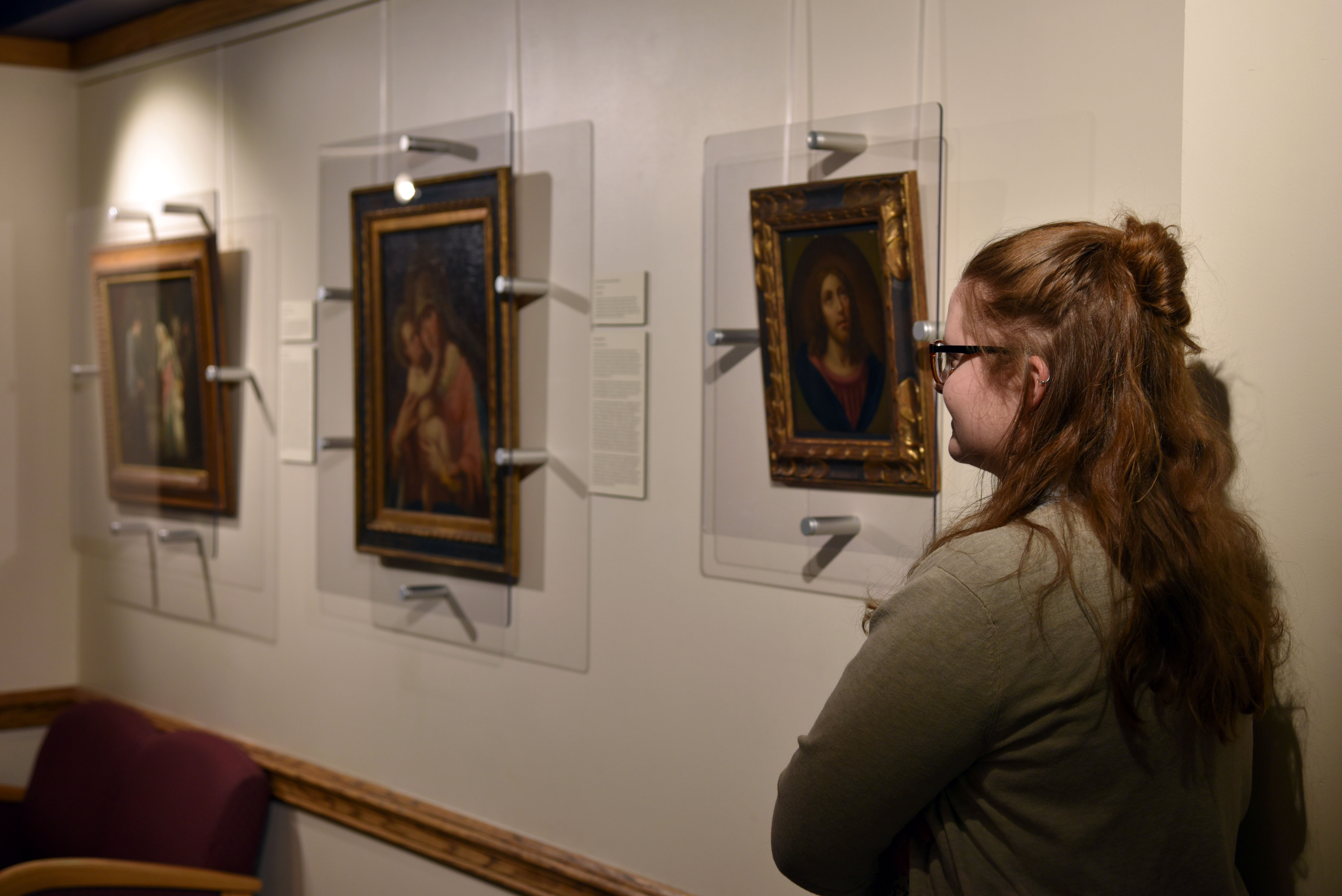 Ten paintings ranging from the 16th to 19th centuries have been put on display in the gallery until May.

Each offered a unique perspective on the nature of art and its value in the culture, attitudes toward art on Franciscan’s campus, the neglect of arts in the national education system and the need for Catholic Christians to uphold an appreciation for the sacredness of art as exalting the person’s God-given dignity.

Bratten Weiss said, “Art is a ‘waste of time’ to a society that only accepts utilitarian objects as something of worth. But encountering it puts us in touch with the beauty and dignity of the whole world.”

Crosby said that “art” has become an all-too-subjective term in modern movements, and art is at odds with “kitsch.”

He said, “Beauty … is metaphysical not merely subjective. Like St. Augustine said, ‘Beauty ever ancient, ever new.’”

“The Catholic tradition of art should be embraced especially in this culture that too often embraces the ugly,” said Meldrum.

He said, “Tradition is the root of art but not the fruit. Tradition unites the old style but has no need to cast off the new.”

Craig said, “There is an ecclesial uptightness about art. … We need a sense of mystery, a sense of freedom. Art should make a difference and never apologize for being Catholic.”

The art exhibition has been made possible by the donations of Huston Foundation.

Editor’s note: Dr. David Craig’s quote has been corrected to reflect his statements from that evening. The original word printed was “uprightness” when, in fact, he said “uptightness.” We apologize for this mistake.