Students campaign to change hearts and minds in coming election 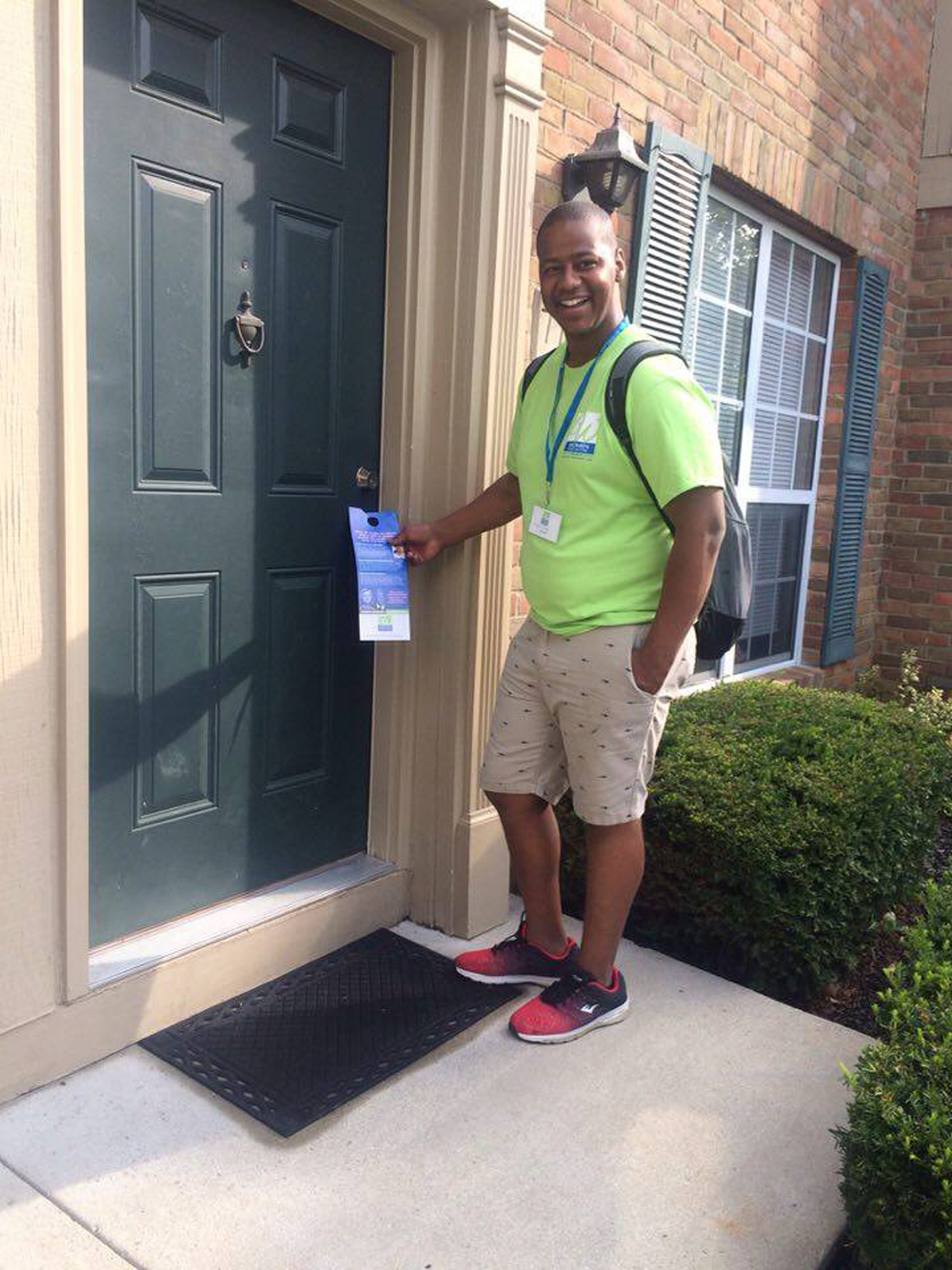 While many students choose to spend their Saturday mornings catching up on their sleep, a small group of 15 Franciscan University students decided instead to go out into the world to make a difference. Specifically, these students traveled two and a half hours last weekend to Columbus, Ohio, to go door-to-door campaigning for the crucial upcoming election.

Seniors Sarah Hull and Tommy Valentine, president of the Franciscan chapter of Young Americans for Freedom, coordinated this event, partnering with the Susan B. Anthony List, a pro-life activist group based in Washington, D.C.

“We’ve been working with them to get Franciscan students involved with the campaign,” said Valentine.

The Susan B. Anthony List is currently committed to campaigning for pro-life candidates in several key states and on the national level. In the state of Ohio, they are focused on re-electing the incumbent pro-life senator, Rob Portman.

When the Franciscan students arrived in Columbus on Saturday morning, their task was to go door-to-door to talk to voters about key issues in this upcoming election by asking them a short series of survey questions on an app provided to them by the Susan B. Anthony List.

“Our goal was to talk to lots of different people about pro-life issues specifically and encourage them to vote for pro-life candidates in the upcoming election,” said sophomore Michelle Fortunato, a participant in this event.

The grassroots app gave the participants the names and addresses of two specific subsets of people to whom they would be talking throughout the day: Republicans who were not likely to vote, and Democrats who seemed to be pro-life.

Many of the people they talked to lived in poor neighborhoods and felt that the government did not really represent them.

“They were so eager to be listened to and heard,” said Fortunato, who saw the person-to-person aspect of the campaign as its most powerful part. “At the end of the day, that’s what it’s about,” she continued. “It’s people that we need to love, and it’s hearts that we can change … This is God’s work, to love people and to talk to people.”

This group will continue to campaign in Columbus, Cleveland, and Cincinnati every weekend until the Nov. 8 election.

According to Valentine, it is really important that Franciscan students get involved. “There tends to be a lot of apathy on campus,” he said, stating that he wanted to get students “involved and caring about the election, caring about the outcome, and getting experience on the ground.”

Fortunato agreed that this campaign is very important, saying that “we’re all part of the United States, and so we’re supporting America even if (Ohio is) not our home state. And also, more than that, we’re supporting life.”

The point is not only to care about the election, but also actively to participate in it. “It’s really important that you vote,” Fortunato said. “By not voting, you’re voting for the other party, but also it doesn’t do any good not to vote just because you don’t like either candidate, because one of them is going to win.”

Students may get involved with this campaign by emailing [email protected]

Overall, it seems that this event was impactful not only politically, but also personally. Fortunato summed this up best when she said that “it was so beautiful to get to talk to so many people … I just found the humanity in everyone very, very beautiful.”