Students take a trip to Neverland 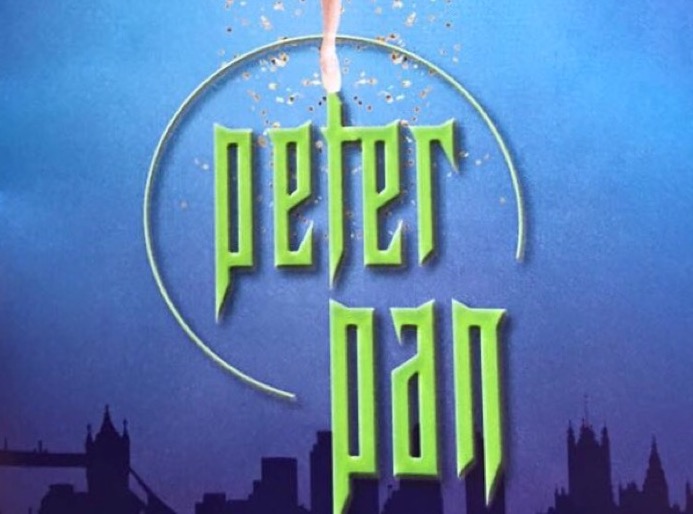 Franciscan University students and faculty were given the opportunity by the Fine Arts Society to witness the choreography of Jorden Morris, featuring music from the era in which Barrie created his timeless characters at the turn of the 20th century.

The action began from the moment the curtains were lifted upon the Darling family’s home in London as Wendy, played by Diana Yohe, danced with her brothers Michael and John, portrayed respectively by Andrew Fleischner and Xander Fleming, and their loving dog, Nana, played by Samuel Opsal.

Soon after the children were tucked in bed for the night, Tinker Bell, played by Gabrielle Thurlow, and Peter himself, played by Luca Sbrizzi, arrived on the scene in an attempt to catch Peter’s lost shadow, played by Masahiro Haneji.

As soon as Tinker Bell slipped through the children’s window, excited squeals of “It’s Tinker Bell” or “I love Tinker Bell” could be heard from young members of the audience.

Capt. Hook and Tiger Lily were portrayed by William Moore and Marisa Grywalski who also played Mr. and Mrs. Darling. Hook’s arch-nemesis, the crocodile, was danced by Ruslan Mukhambetkaliyev.

Accompanying these lead dancers were the unforgettable characters of the pirates, fairies and, of course, the Lost Boys.

The scenery and costumes were used courtesy of the Royal Winnipeg Ballet in Canada, where the ballet premiered Dec. 22, 2006. The artistic director for Pittsburgh Ballet Theatre is Terrence S. Orr.

“It was amazing,” said Kathleen Loesel, senior communications major. “I love ‘Peter Pan.’ It’s one of my favorite stories.”

Loesel said she has no background in the dance world, but she was very involved in the theater in middle and high school.

Loesel had never attended a professional ballet before seeing “Peter Pan” and said, “I feel like I still got a ton out of the (ballet) because I had zero knowledge of (it).”

She, along with a group of resident assistants in Marian Hall, attended the ballet together and as a token of appreciation brought their residence director, Alison Wulf, who used to do ballet and has a great love of the arts, said Loesel.

“Honestly, the whole experience was really cool,” she continued, speaking about the beautiful architecture of the Benedum and the grand chandelier hanging within the theater. “It was another level of classiness, which added to the whole experience.”

Loesel said, “I was really hoping they would fly, so when they did, it was so exciting.”

She also spoke of the intense emotions brought about by not only the characters but also the lighting and music as well.

“It was very expressive,” she said, concerning how emotions were conveyed with just dance, motions and faces of the characters, especially Tinker Bell and the little boys. “It just added another level of depth to the story.”

Jean-Marie Bralley, senior humanities and Catholic culture major, who has been taking formal dance lessons, especially in ballet, since the age of 4, said, “I was completely impressed on all fronts.”

Bralley continued, “The costumes were fantastic. The aerial acrobatics were just breathtaking; it was so exciting to see the characters actually flying. The dancing was superb, technically and artistically.”

Bralley spent much time at the professional School of Richmond Ballet, where she eventually became trainee with the Richmond Ballet company for two years, and she also spent two summers in New York City at American Ballet Theatre’s premiere student summer intensive program.

“It was mainly my parents and my brother that just surrounded (me) with art and with music and with dance from a very early age, so we had an appreciation for all forms of art,” she said.

“I barely stopped smiling throughout the whole two hours straight,” Bralley said about “Peter Pan.” “The characterizations of each persona were just amazing, through the movements and the acting, combined with the ballet steps themselves. Tinker Bell was just hilarious. She was so feisty and full of life and spunk.”

The only thing Bralley wished would have been present for “Peter Pan” was a live orchestra.

Each semester the Fine Arts Society offers tickets for certain productions at a reduced rate and provides rides to the events, which are primarily in Pittsburgh, so that students have the opportunity to experience these grand works of art.

“There is going to be rarely any other time that you would get to see the caliber of professional artistry, from ballet to musical symphonies to plays, all of the opportunities that the Fine Arts Society offers at the price that is offered,” said Bralley.

She added that students can afford the prices offered to experience the grandness of the theater and beautiful artists and to “be inspired to do good things.”

Bralley said, “Take a chance and go see a performance even if it’s something you have never experienced before. You may discover a new passion in your life.”

The Fine Arts Society’s website states, “We believe that through exposure to the fine arts, our university community may be brought to a greater appreciation of the good, the true, and the beautiful.”

All tickets for Fine Arts Society sponsored events can be purchased by credit card on its website, franciscan.edu/finearts/society/events. According to the website, the ticket prices available for students and faculty are subsidized by Student Life.