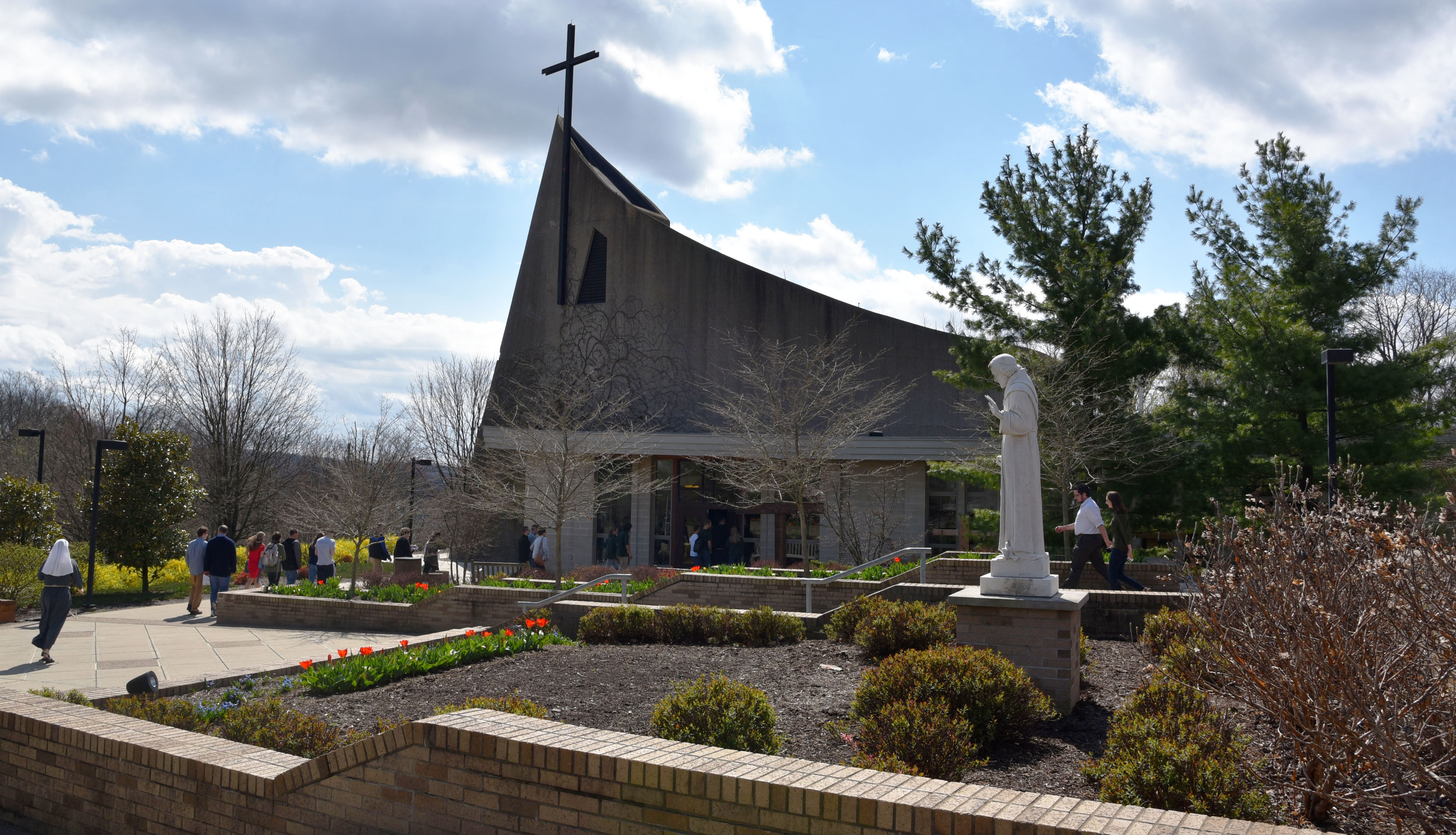 Franciscan University economics professors Joseph Zoric and Dr. Michael Welker conducted a study of Franciscan’s economic footprint, in which the university was shown to contribute to about a fifth of the Steubenville economy.

Zoric, in a speech given to the Steubenville Rotary Club on March 18, said that his and Welker’s study truly attests that “Franciscan University of Steubenville has transformed from (a) small regional college to a university that is a dynamic force in the Catholic Church attracting scholars, clerics, and students from all over the world.”

Based on current trends, their study found that the university will increasingly stimulate the Steubenville economy over time.

Zoric said Franciscan’s “overall (economic) impact is a great phenomenon to look at,” pumping approximately $320 million into the Steubenville economy each year.

Zoric and Welker measured their figures through university and census statistical records as well as surveys through SurveyMonkey given to students and faculty.

Zoric said that this study, mandatory every five years, “gives local citizens insight” into how much Franciscan is “solidly founded in the local economy,” both through business activity and volunteer work.

He elaborated on this in the aforementioned speech, mentioning that taking “Franciscan out of the local economy (would cause) a permanent recession much like the financial crisis of 2007 to 2009.”

Furthermore, the professors’ study highlighted the value of community service from Franciscan in the Steubenville area, approximating the 204,327 hours of service work in the 2014-2015 academic year as having the value of $3,873,045.

Both Zoric and Welker mentioned in a university press release that Franciscan is a “labor intensive industry” that is only getting more intense. Since 1983, full-time faculty and staff have increased by 369 percent, and the budget, since 1993, has approximately increased threefold, they said.

​Regarding the future implications of the study, Zoric said that the “oil and gas industries will expand as a result” of the millions of dollars Franciscan keeps pumping into the local economy.

Zoric also said that if a new classroom building, chapel and dorm are established according to plan, Franciscan will only increase its economic boon to the local area.

Zoric further said that he believes that Franciscan will “attract a couple hundred (more) students with (the) new dorm,” further increasing spending and employment in the locality.

Zoric received a master’s degree in economics at the University of Pittsburgh and earned a bachelor’s degree in business administration from Ohio University. He has taught at Franciscan for 45 years.

2016-04-07
Previous Post: Embrace not fitting into the ‘Frannie’ mold
Next Post: From high school cheerleader to head sports writer