Supreme Court set to rule on definition of marriage, challenges faithful to show the rationality of traditional view 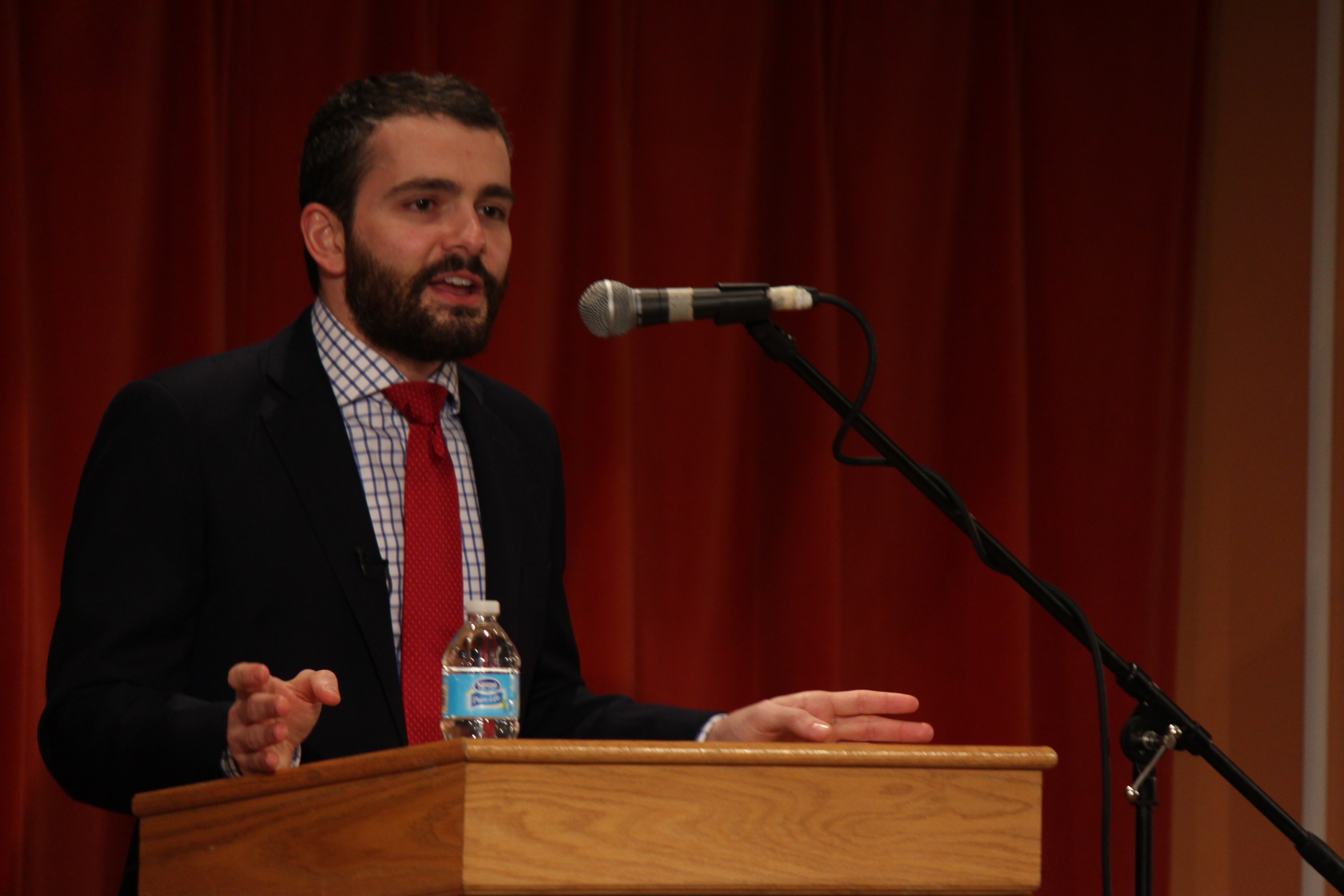 A world-renowned speaker and author discussed the Supreme Court’s hearing on the definition of marriage in a talk titled “Marriage Equality and Marriage Reality” presented to a crowd of over 400 Franciscan University students Feb. 10.

“Our Constitution is silent on marriage,” said Anderson. “Unelected judges should not be deciding the fate of marriage.”

Anderson said that this argument will ultimately be decided by either unelected judges or the citizens of the United States.

“Every time the United States Supreme Court has acknowledged the right to marry,” said Anderson, “it has always been in the traditional understanding.”

Race is not a relevant excuse, said Anderson.

“Great thinkers such as Plato, Aristotle, Cicero never discuss race or skin color as a stipulation to marry,” said Anderson. “You will always see a discussion of marriage though. Marriage is colorblind, not gender blind.”

Anderson said that the early colonists banned interracial marriage because of their fascination with racism; it was not because of their belief in segregation. They were not, however, deviating from the timeless historical belief of marriage, he said.

Anderson said that if, in fact, marriage is going to be understood as a fundamental right and be based on “consenting adult love” then someone could marry the people he loves, not just the person he loves.

Anderson said that when marriage takes on this view, it becomes like a contract law.

He said that the ultimate question is: why does marriage matter? Anderson said the Constitution is silent; however, the state is involved due to the reality that a child needs a mother and a father in order to grow up into a healthy individual.

Anderson questioned the repercussions of a redefinition of marriage. He said pending this redefinition, saying that a child deserves a mom and dad will be seen as hate speech. Marriage will become solely about “consenting adult love” and not a lifelong commitment of faithfulness and love between one man and one woman, he said.

The challenge is to embody and express that the traditional view of marriage is not irrational but founded on the common good, he said.

In essence, Anderson said, redefining marriage would mean redefining parenthood, and when people toy with marriage, the future of this country is jeopardized.

“I really appreciated how he proposed what we (as faithful Catholics) are striving for – the stability of marriage and the well-being of our children,” said student Claire Simeo.

Anderson’s talk was sponsored by the Veritas Center for Ethics in Public Life, the Distinguished Speaker Series and Young Americans for Freedom.