Surgeon reflects on physical suffering of Jesus on the cross 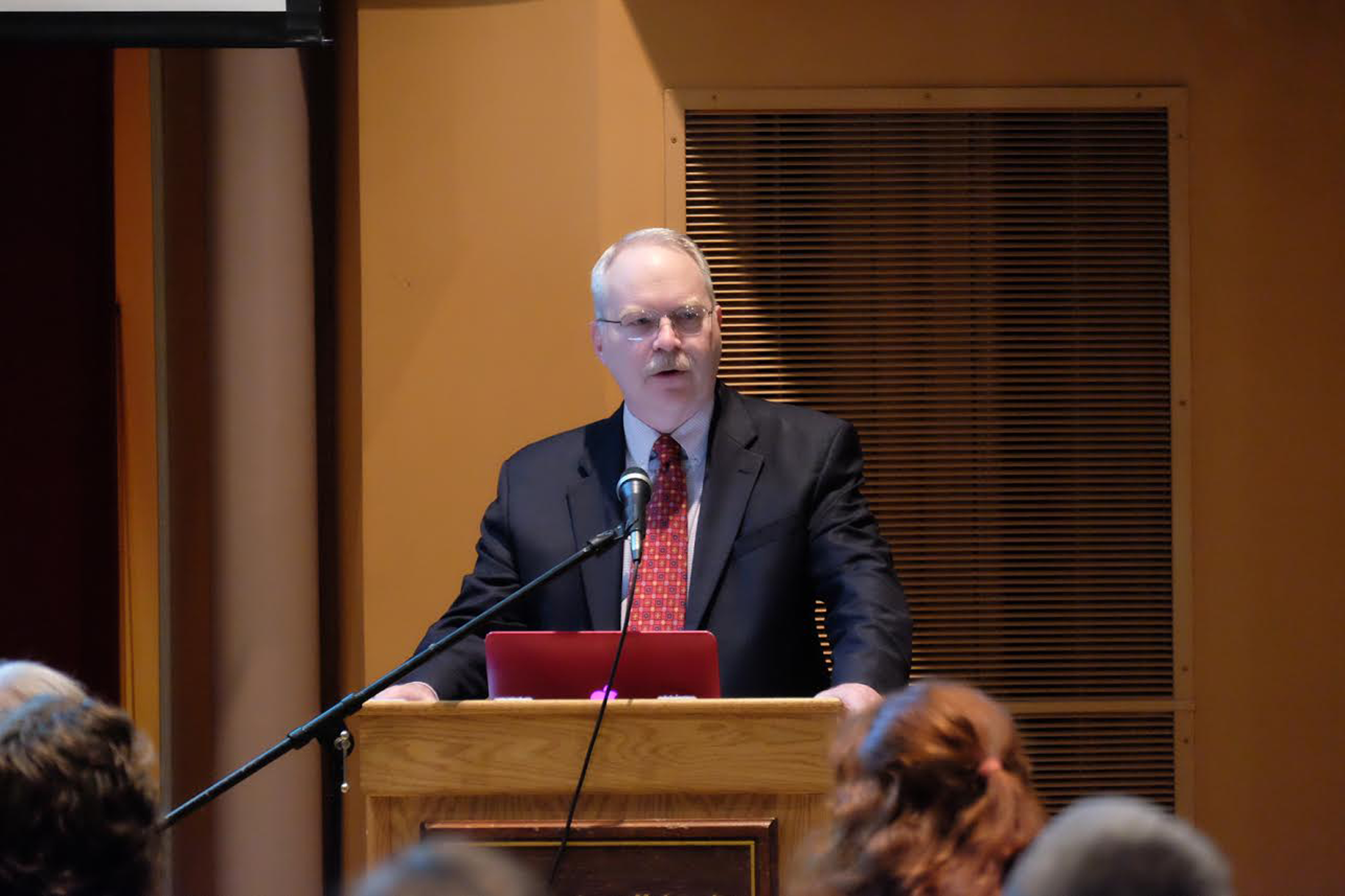 On the Tuesday of Holy Week, the St. Paul Center for Biblical Theology hosted a talk by a surgeon from the University of Pittsburgh Medical Center about the physical suffering and death of Jesus Christ.

Jack McKeating, MD, FACS, began his talk by discussing Jesus’ physical body. Though not much is known about Jesus’ physical appearance, McKeating concluded that he probably looked like the other 30-year-old men of first century Palestine, so he would have been between 5’ and 5’5” in height and he would have been in good shape, since he had worked as a carpenter and traveled all over the Holy Land.

McKeating proceeded to discuss the medical realities of each of the physical sufferings that Jesus experienced between the Last Supper and the cross. For example, in the Garden of Gethsemane, Luke describes how Jesus’ sweat became like drops of blood (Luke 22:44). McKeating said that this condition is known as hematidrosis, an occurrence caused by severe stress, such as the agony Jesus must have felt that night.

After going through Christ’s sufferings in this manner, McKeating proposed his theory of how exactly Jesus died. Reminding the audience that this is all speculation, he said that he believed that many factors contributed to Christ’s actual death, the major ones being asphyxia and hypovolemic shock from blood loss.

“I thought it was interesting how his death was multifactorial …. I think just to imagine his physical suffering coupled with what was going on in his mind is hard to imagine. It must have been unbearable,” said freshman Caroline Payne.

“As a nursing student, I was finally able to understand His Passion on the cross,” said sophomore Adriana Guevara. “Overall, (the talk was) a good reminder that He was truly both man and God.”

McKeating concluded his talk by reminding the audience why knowing the facts about the Passion matters. “We’re so familiar,” said McKeating, “We kind of become numb to the facts that (the Passion) really represents. And I think that is what we are trying to do here … kind of refocus and get a glimpse of the barbarity and the suffering that our Lord and all other crucifixion victims went through.”