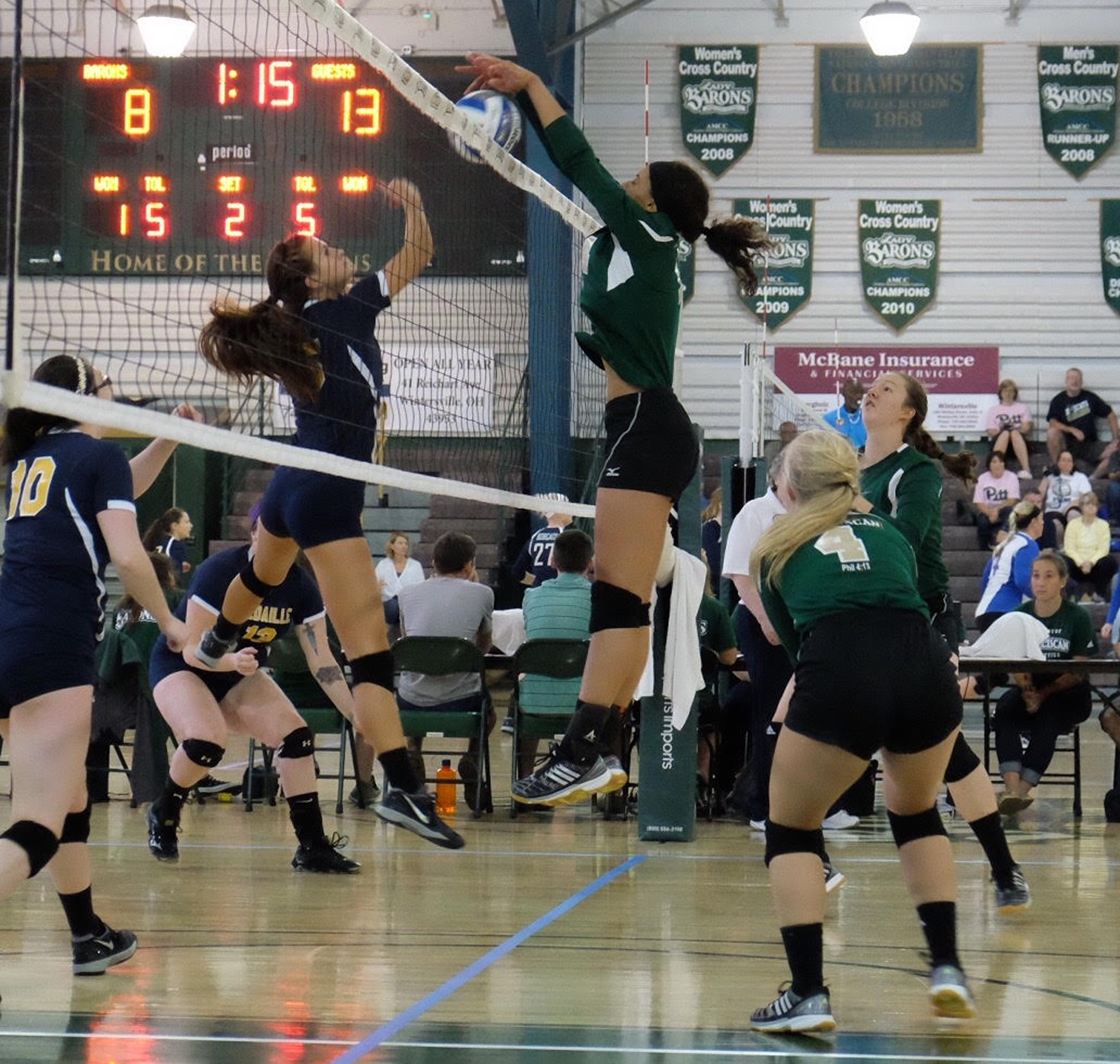 The Lady Barons took the first set against Medaille 25-15, statistically their best offensive set of the match, with 11 kills and a hits percentage of .280.

Medaille took their first lead of the match, 13-2 in the second set. after battling back from the double-digit points deficit, the score remained close until an attack error gave the Lady Barons a 22-20 lead. With freshman Maddy Demos at the service line, Franciscan scored three straight points, winning the second set 25-20.

The Mavericks regrouped for the third set and quickly took a 20-8 lead. Senior Mary Moore took the service line for the Lady Barons and served nine-straight points, lessening Medaille’s lead to 20-17. After a quick timeout, the Mavericks were able to hold onto the lead, taking the third set 25-20.

With the Barons up two sets to one, the Mavericks kept the fourth set competitive. After the Barons took a strong 21-17 lead, before Medaille tied the set at 23-23. An attack error by Medaille and a kill by sophomore Becca Haven allowed the Lady Barons to take the set and the match, by a score of three sets to one.

“We struggled with consistency and you saw that today against Medaille,” Head Coach Kelly Herrmann said in a release by the Franciscan Athletic Department. “We had some stronger games then all of the sudden we battled ourselves. If we can get that right, then we will be okay.”

In their second match of the day, Franciscan took a 3-0 win over Hilbert.

The Lady Barons’ next home game will be on Saturday, Oct. 8 at 2:00 p.m. against Geneva College.