The masculine genius: balance of giving and receiving love 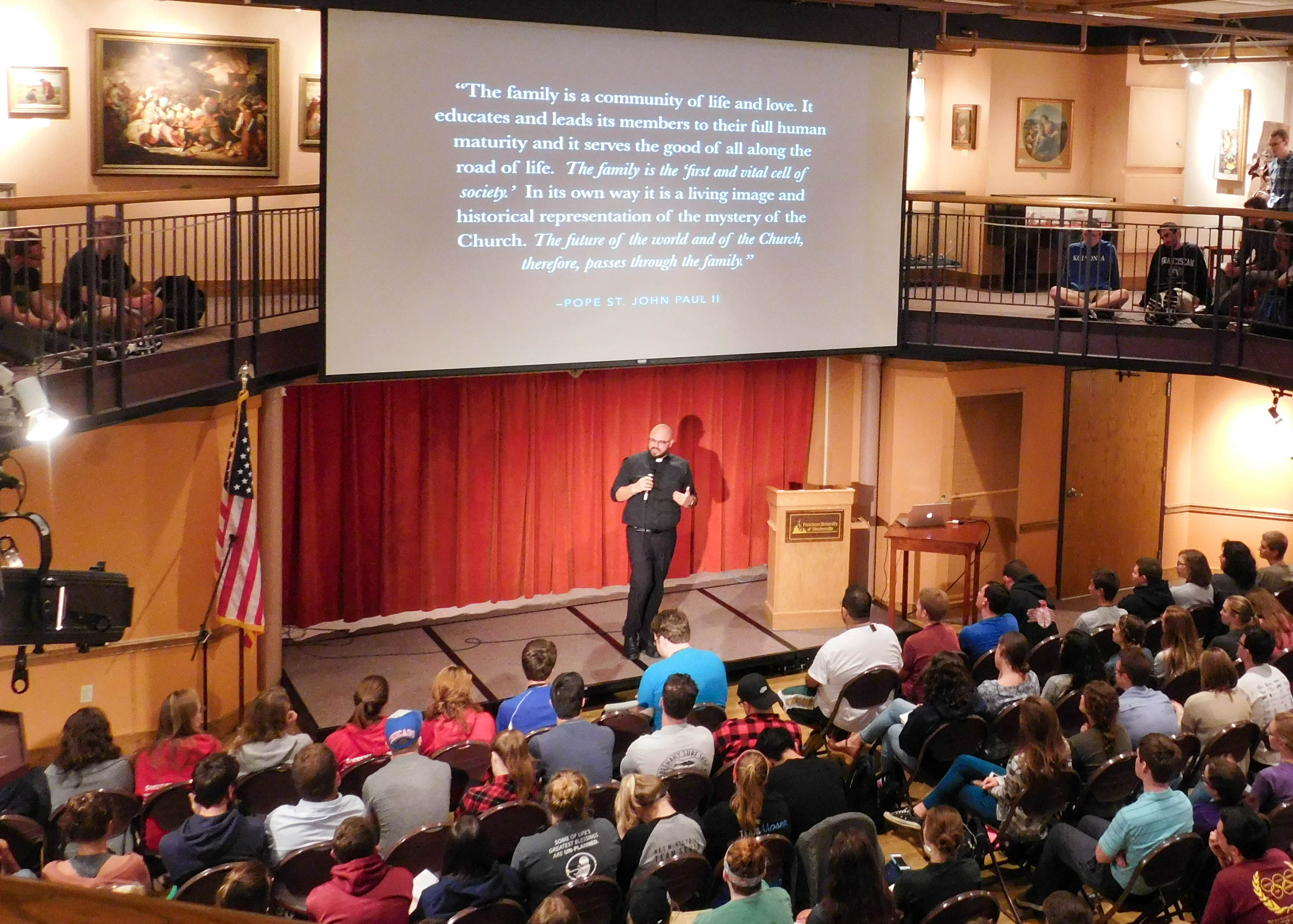 The Rev. Patrick Schultz spoke about the masculine genius and fatherhood to a packed Gentile Gallery on Tuesday, Sept. 5th. The talk was the second in the Gift of Human Sexuality Symposium.

According to Schultz, men are made to naturally be initiators, while women are receivers of love. This is true both physically and emotionally, he explained. Yet when it comes to faith, men are part of the Church, which is the Bride of Christ.

Thus, Schultz said, men need to be more vulnerable in the sense that they need to allow themselves to grow in the capacity to receive Christ’s love. The masculine genius is “strength with weakness and power with tenderness … having the ability to hold these two things in tension. … It’s loving with the love of God,” said Schultz.

Schultz also made a comparison between the womb of woman and the heart of man.

“The womb of the heart conceives another in love and vulnerability,” he said.

The constant temptation is to abort the other in order to focus on oneself, Schultz explained.

The talk was well received by the audience, which included both men and women.

“Father Patrick’s talk was fantastic,” said senior AJ Hawk. “He really hit at the heart of every man … especially for myself and how we need to conceive life and conceive love within our hearts instead of building up walls.”

Senior Joe Poirier said, “It was very interesting. … I’m not a guy to go to talks a whole lot, but this one … it really made me feel like finally someone understands the way guys think. I thought I was crazy this whole time.”

Senior Emma Taylor said, “It allowed me to understand the masculine genius and how it differs from me and how I can relate to him.”

The evening concluded with a Questions and Answers session, and Pater Noster household announced its series of talks on authentic masculinity in conjunction with Schultz’s master’s thesis on the masculine genius. Talks will be held at 9 p.m. on Thursdays on the second floor of St. Louis Hall in the Pater Noster common room. All men on campus are welcome to attend.