Theology on Tap series kicks off semester with new partnership 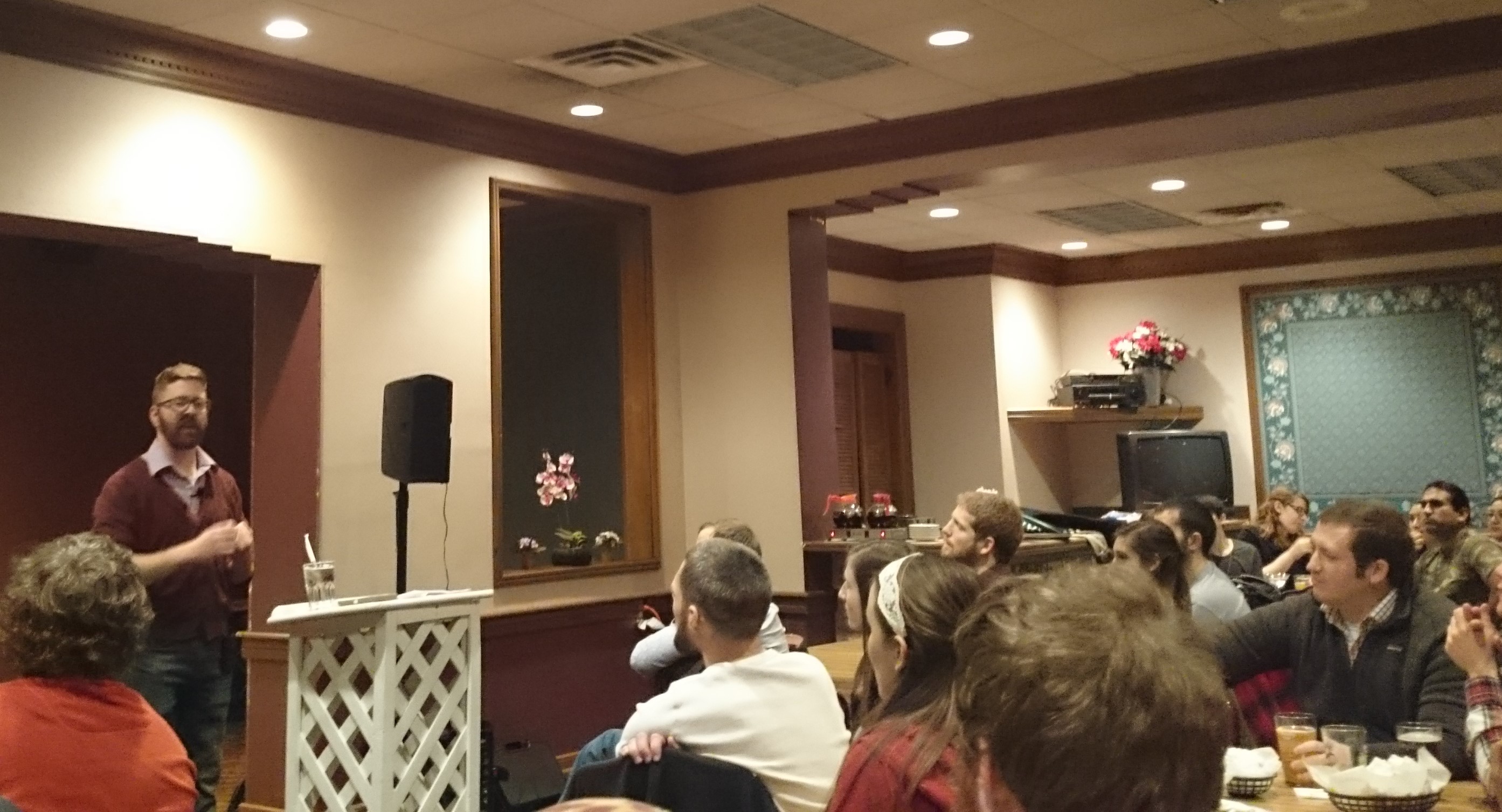 This was the first Theology on Tap coordinated by Grad-Non-Trad in conjunction with the Christian Formation and School Office of the Diocese of Steubenville. To make room for a larger crowd including young adults from the diocese, Theology on Tap moved from Damon’s Bar and Grill by Franciscan’s campus to Froehlich’s in downtown Steubenville.

Brendan Bosanko, a graduate student and coordinator of Grad-Non-Trad, said collaborating with the diocese was a joint idea with Alyson Bradford, the catechetical consultant of the diocese.

“She wanted to start off some young adult programs and I thought it was a great opportunity because we could pool our resources,” said Bosanko. “This opens the door to more people.”

Senior Paul Williams, who is on the Grad-Non-Trad core team, said, “It’s cool to see such a large crowd now and actually meet other young adults in our community, which we weren’t able to do as much before.”

There was time for socialization and snacks, giving students and members of the diocese the opportunity to grow in community, followed by a talk on beer as a holy brew.

Martin Watjen of Christian Outreach Offices gave a history of beer’s origins and explained the brewing process. The lower room of Froehlich’s was packed with students and young adults from the diocese waiting to hear how Watjen would connect the alcoholic beverage with theology. They weren’t disappointed.

While explaining the process of brewing, Watjen said, “Wild yeast is like the physical representation of the Holy Spirit, because if we would just open our hearts, we could be leavened.”

Watjen said that fermenting grain can be analogous to the parables of the Kingdom of Heaven. During fermentation, a simple grain is transformed into something grand.

Not only is this like the Kingdom of Heaven, but it is also analogous to the Holy Spirit transforming a soul, said Watjen.

Williams said that he enjoyed that the talk “was a little off beat” and yet Watjen still spoke about theology and the Church.

Graduate student Chris Wilson said that he liked that Watjen focused on the role Catholicism has played in the history of beer.

Wilson said he enjoyed how Watjen spoke about the fellowship fostered by the Church’s responsible relationship with beer.