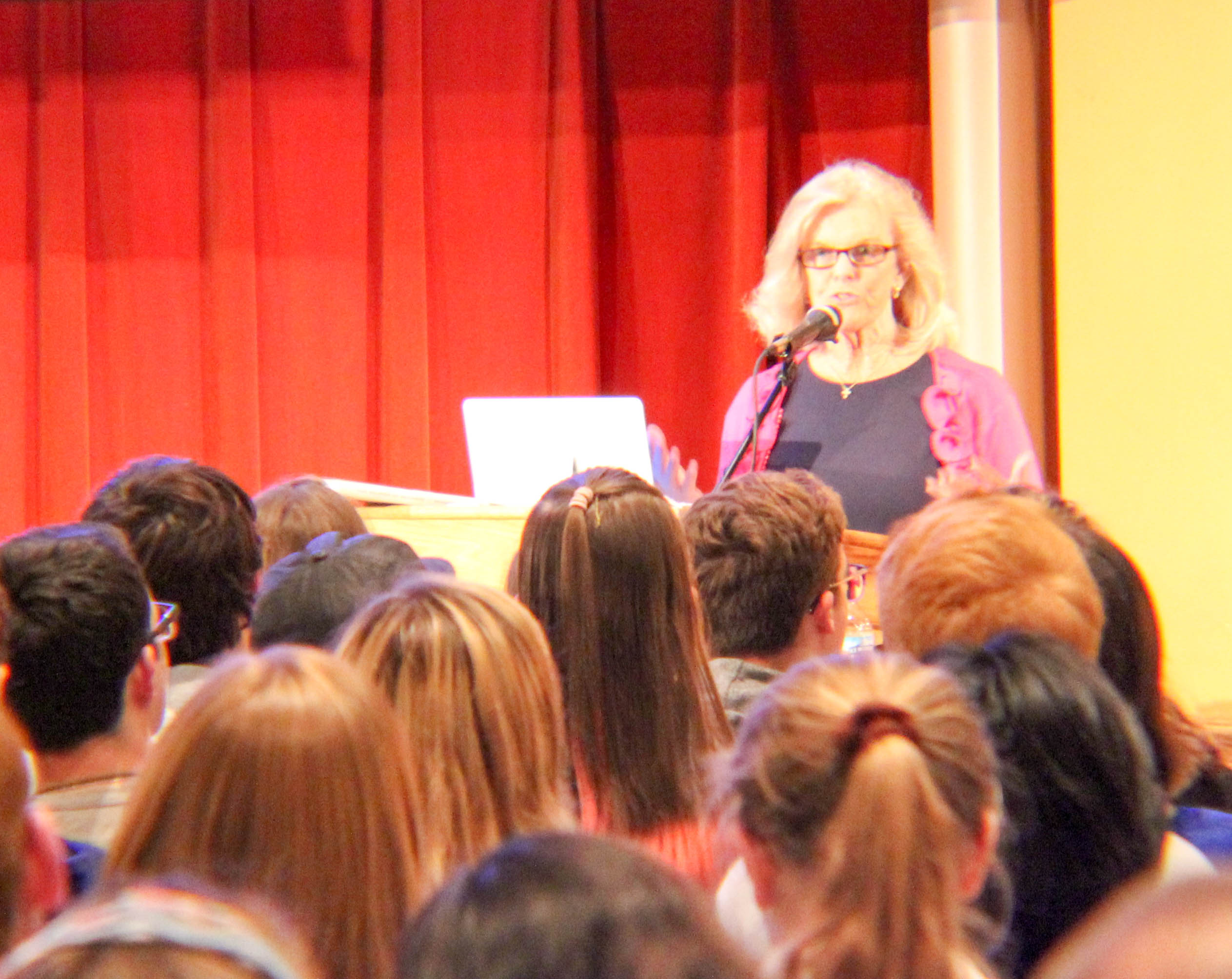 A multitude of students flooded through the doors of the Gentile Gallery this Monday evening to hear a seminar on one of the most controversial issues in society today: gender confusion.

The seminar, entitled, “The Gender Wars: How We Become so Confused About Gender,” was the third of six in the Gift of Human Sexuality Symposium being given this fall. The presenter was Anne Hendershott, who holds a doctorate in sociology and is the present head of the Veritas program at Franciscan as well as a professor in sociology.

The night’s discussion ranged from transgenderism in today’s world, its place in the past and its development through the last few decades, especially highlighting the politics of the growth of the transgender movement.

Hendershott referenced Carl Elliot’s “contagion theory” to explain the rapid spread of the transgender movement in the United States today.

“Once ‘transsexual’ and ‘gender-identity-disorder’ and ‘sex reassignment surgery’ became a common linguistic occurrence, more people began conceptualizing and interpreting their experience in these terms,” she said.

Hendershott also brushed over the topics of homosexuality, military and state ordinances on “gender-identity” and research studies of deviant behaviors, which are her specialty.

“When I was first asked to do this talk, I said, ‘no,’” stated Hendershott at the opening of her lecture. Her reason was that fear which envelops this and other controversial topics. Speakers who want to spread the truth through love for their fellow men are often held in contempt and labeled as “haters.”

However, Hendershott’s talk was met by a receptive audience.

Freshman Rebecca Cieslaksaid she was interested to hear a talk given about such a controversial topic as transgenderism. Many of her fellow students attended the seminar for the same reason, and were not disappointed.

Joe Silvia, a graduate student, who wrote his undergraduate thesis on gender theory, expressed his approval for the seminar. Graduate Joe Duranagreed added his appreciation of the way Hendershott related her subject matter particularly to politics.

2017-09-19
Previous Post: FUSG President, Vice President look to serve
Next Post: Professor offers practical tips on how to deal with past hurt, brokenness